It was a dry winter for the historic schooner Bowdoin.

The vessel, best-known for carrying explorer Donald MacMillan to the Arctic in 1913 and now owned and operated by Maine Maritime Academy (MMA), was out of the water this winter. It was one of the only times in her 95-year sailing career that she’d been so indisposed.

Bowdoin’s barnacles were scraped off at Lyman-Morse at Wayfarer Marine in Camden, along with intensive repairs. The goal was to make the schooner, which is the official sailboat of Maine, ready for her 100th anniversary in 2021.

The haul-out was spurred by the need for a new deck. And, once the boat was open, it became apparent that other repairs were needed. A new refrigeration system was installed, as well as an electrical system and generator.

The restoration was overseen by Andros Kypragoras, who has worked with the boat in the past, but MMA students also got to a have a hand in the project. Students built a new engine, donated to the school by Cummings Engines, in a small craft technology class offered by the University. The Bowdoin also will get a freshwater maker so the student crew won’t have to carry buckets of drinkable water up and down stairs everyday.

“My students are going to get soft now,” laughed Eric Jergenson, MMA graduate and former captain of the Bowdoin. “I’ll make them carry buckets anyways,” he jokes.

Jergenson has sailed to Greenland and back on the schooner, which sleeps 16 in small bunks down below. The voyages usually last about three months.

Although the Bowdoin is technically considered a new boat because of its restorations in the 1980s, it still offers an authentic, old-school sailing experience.

“We are teaching students to sail using the old techniques,” said Andy Chase, a marine transportation professor at MMA. While it’s easy to rely on modern technology when on the water, Chase said it can be dangerous when that’s all students are able to rely on.

“You’re not in a wheelhouse with air conditioning and a coffee pot,” he said. “The Bowdoin is our way to get people back to the roots, back to in the weather.”

The Bowdoin is also known as a training vessel for those who have never been on an extended voyage before. The idea is to throws students into the thick of it, as the boat normally travels all the way to Greenland.

The Bowdoin has made 25 voyages north of the Arctic Circle, three of them since 1988. These trips require a lot of navigation, because waters aren’t as thoroughly charted. Ice also is a constant obstacle facing the students.

On June 6, the Bowdoin returned to the water in Camden Harbor for the first time since October. The wooden boat needed some time to expand, contract and absorb the ocean again. MMA students, professors and passersby watched her hit the sea again as a crew bustled about on board making sure everything was going smoothly.

The Bowdoin seemed to inspire nostalgia and respect among those who have known her.

“She has great historical ties to the coast of Maine and Greenland,” said Jergenson. “People remember her.”

There will be another round of repairs next year, thanks to donations from alumni and the community, and then the Bowdoin will be ready for 100 more years. 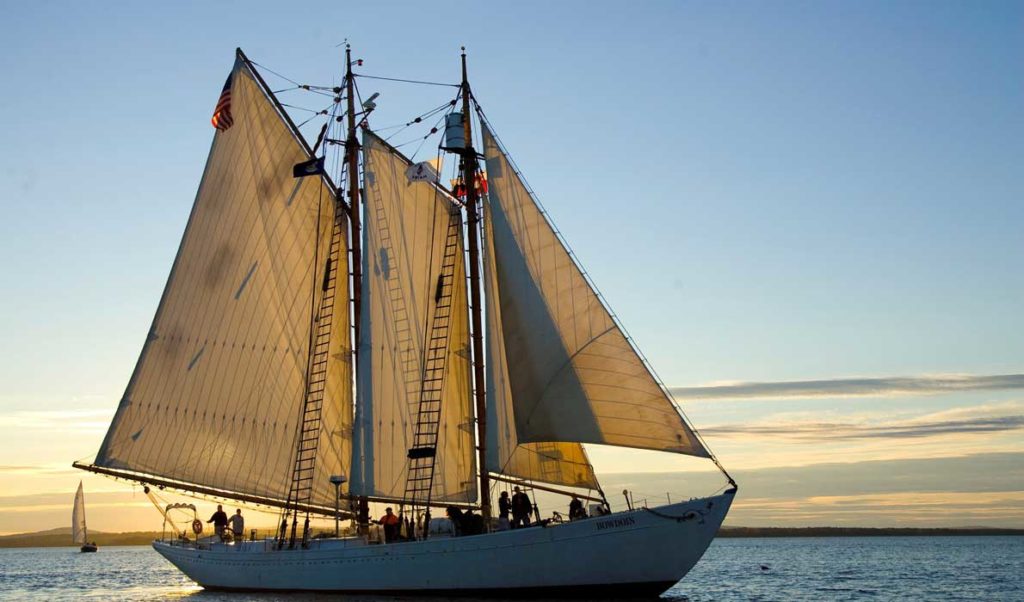