The Schoodic Marine Center is opening soon for its first season and could boost visitation as well as facilitate on-the-water education and research opportunities in the less-visited part of Acadia National Park.

The center, which is being developed at the former Winter Harbor Marine location, is expected to bring:

All that activity is yet another development for Acadia National Park’s property on the Schoodic Peninsula.

It’s been a long-term progression. The National Park Service acquired approximately 2,000 acres here in 1929. It has lovely views across Frenchman’s Bay of Mount Desert Island, where the bulk of Acadia is located. Today, it offers more than eight miles of hiking trails and an additional eight miles of bike paths.

In the 1930s and 1940s, some of the land was transferred to the U.S. Navy for use as a radio communication station. The Navy closed the base and transferred the land back in 2002, resulting in an economic downturn for the community, whose year-round population dropped by almost half, to less than 500.

The park service has since converted the base—a $22 million investment accelerated by federal stimulus funds after the 2008 crash—into the Schoodic Education and Research Center, or SERC, which offers an expanding slate of public programs as well as classrooms, laboratories, a 124-seat auditorium, and lodging for researchers, groups and conferences.

Last year saw construction of the new Schoodic Woods Campground, which opens this year for its first full season, featuring 94 RV and tent sites and is seeing bookings of 250 to 300 people per summer night.

The Schoodic portion of Acadia gets 10 percent of total visitation—about 250,000 visits per year, out of 2.5 million—in a quieter setting that takes some intention to reach, whether by car or boat.

In the meantime, summer rentals and businesses catering to tourists are alive and well, and residents have said they expect the free Island Explorer, ferry and water taxi service from MDI, the campground, and other initiatives will continue to boost tourism.

The Schoodic Marine Center is under the leadership of Sheridan Steele, who recently retired as Acadia’s superintendent and now is volunteering as the center’s interim director.

Partners on the schedule for this summer include OceansWide, a nonprofit based in Newcastle, which offers ocean exploration and awareness programs.

Steele said that during his time as superintendent, it was clear the Schoodic Institute would play an important role as a nonprofit partner with Acadia.

“But on top of that, I’ve always felt the success of the Schoodic Institute will depend on bringing in a lot more partners, [such as] universities or organizations like OceansWide,” he said. “We provide the facility and this incredible location, and we’ll see education and science programs greatly expanded.”

Located outside of the park, at the former Winter Harbor Marine, the 2.5-acre site is private property that’s unaffiliated with the park. Comprising a pier, two large boat storage buildings, a storefront building, and large lots for parking and outdoor boat storage, the buildings are all in rough shape, but the facility is popular with boaters. And it’s already got a transportation vibe going on, as the landing point for the Bar Harbor Ferry, which ensures tourists can easily visit both Schoodic and MDI, and gives Schoodic residents an alternative to driving to get to MDI. The Island Explorer, the free seasonal bus system, stops here, making it easy for folks to get to parklands half a mile away. Winter Harbor’s low-key downtown, with galleries, eateries and Hammond Hall—a performance and community venue—is also nearby.

The Schoodic Institute executed a 20-year lease of the property, with options to renew for an additional 20 years. Typical marina functions—boat storage, moorings, boat launching, etc.—will continue under a marina director, said Steele.

“One reason the institute decided to get involved with the marina is access to the water,” said Steele. “We wanted to make sure existing marina access was protected for the long-term. And we wanted to see more marine research and programming focused on Frenchman’s Bay and the Gulf of Maine.”

About $25,000 is going into improvements this year. On a recent windy day—seagulls floating on air currents and mast stays singing—work was underway to build two new floats. Other work includes cleaning floors and building divider walls and a service counter in “the midsize building,” which will host a bike and kayak rental business, ticket sales for the Bar Harbor Ferry and the new Schoodic Ferry, and whale and seal exhibits provided by College of the Atlantic. Future exhibit ideas will evolve and will likely be housed in “the big building,” which might be ready several years from now, said Steele.

The Bar Harbor Ferry runs from the Bar Harbor Inn. The Schoodic Ferry, headed up by Kaitlyn Mullen, runs from College of the Atlantic and is an unusual undertaking that partners with marine researchers who conduct baseline studies, such as marine mammal transections, that integrate efficiently with the ferry route.

The Island Explorer is bringing two new buses to the peninsula, and will be running on 30-minute rather than 60-minute intervals. Matching the campground season, the ferries and Explorer will run a much longer season than they have in the past, from Memorial Day to Columbus Day.

“I particularly wanted to see an expanded ferry season so that people would have the opportunity to have an on-the-water experience,” said Steele. “The improved ferry connections, we think, will add to the opportunity for visitors. It’s the different dimension of being out on the water—seeing the islands, the lighthouses, the marine life—that makes for a great visitor experience. We hope more people will be able to enjoy that.” 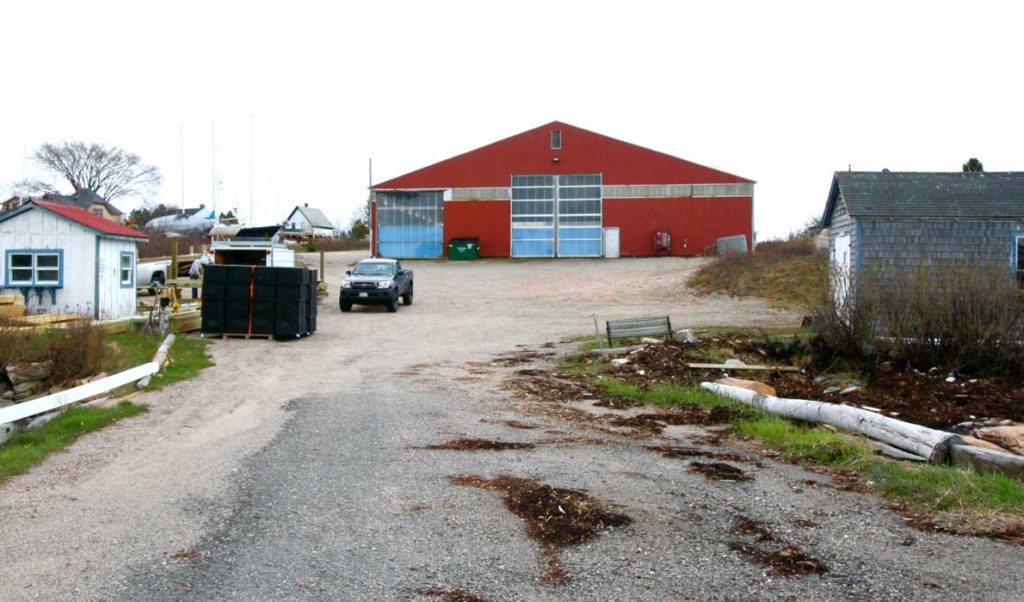 The new transportation hub is a former marina in Winter Harbor.