Will the small community general store go the way of the village blacksmith? Time will tell, but an analysis of the forces at work on the Maine coast offers a clear view of the challenges and some examples of how success might be found.

The report, completed by Merritt T. Carey and commissioned by the Island Institute (publisher of The Working Waterfront), examined the Tenants Harbor and Port Clyde general stores, both in villages within the municipality of St. George, a peninsula town in Knox County.

St. George has a year-round population of about 2,600.

Both stores are owned by Linda Bean, the granddaughter of L.L. Bean who is active in several lobster and lodging enterprises in the region. A third store in St. George, Harborside Market, was considered in the analysis, but it had closed after Labor Day and has been offered for purchase for some time.

The challenges for coastal stores are greater than their inland counterparts, but the report notes that all such stores “often work on small margins,” typically 1 percent to 2 percent.

On the coast, those challenges are exacerbated by high real estate values, which in turn means high property taxes.

A further problem on the coast is the drop in population that comes after the busy summer tourist season.

“With high-value real estate, how do innovative and enthusiastic owners (assuming they exist) come in?” Carey asks. “Risk-taking and innovation are difficult when a business is burdened with a significant mortgage whose monthly payments could far exceed monthly revenues.”

The Port Clyde General Store is on the village waterfront, and could be preserved, the report suggests, by designating it as “working waterfront” under a state program that would reduce the property taxes. The dock at the property would have to serve commercial users, and not just the current recreational boaters.

“Commercial use would need to be innovative,” Carey writes, luring such fishing activities as urchin and rockweed harvesting and aquaculture.

The Tenants Harbor store, which is not on the water, is more problematic. The two upper floors cannot currently be rented as apartments because of an inadequate septic system, the report notes.

But another nearby building, at 53 Main Street, “has a general store-type front” and is offered for sale at $325,000. That property has four apartments with ample parking, Carey writes.

“It would take creative and innovative marketing,” she concludes, “but the real estate price point, offset with rental income, makes this property a viable option…”

Some of what these stores face is based on geography. The three—including the now-closed Harborside store—are within a few miles of each other. And all three are about 12 miles from a big-box shopping center on Route 1 in Thomaston that includes a Walmart and Lowe’s.

As roads and winter road maintenance have improved over the last 25 years, it’s easier for peninsula residents to drive to larger stores. But, as the report notes, the community loses its gathering spot, the place where relationships grow, news is shared and even business deals are done.

Carey also looked at island stores, where geography works in favor of customer loyalty because residents can’t simply drive to a chain store, but at the same time, small populations limit revenue.

The Island Market & Supply on Swan’s Island was purchased three years ago by Brian and Kathy Krafjack, who have offered services beyond groceries.

“Our job is to diminish the number of off-island trips people have to make,” Brian Krafjack told Carey. The couple evaluated their stock to see if three “reasonably healthy meals” could be made from what they sold. When they saw that they could not, they made changes.

The couple also landed the island mail contract, became the local propane dealer and the store now serves as the drop-off/pickup location for FedEx and UPS. Lunch specials are promoted on the store’s Facebook page. The store also offers a pizza night each Friday, year-round.

The store breaks even in winter, and over the course of a year, makes a small profit. 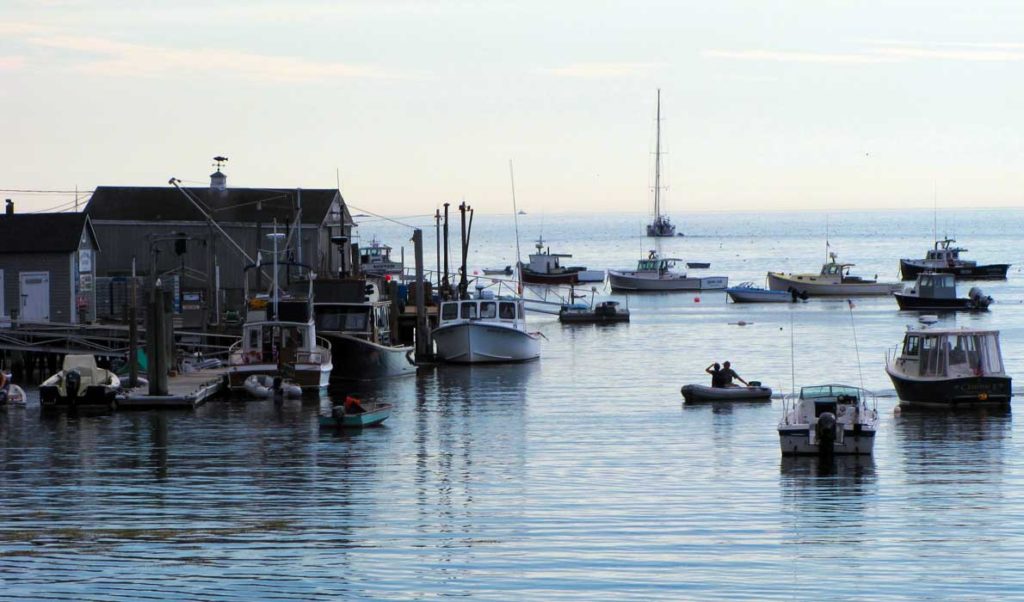