Ninety-three years ago, fisherman John Murphy and his wife, Pearl, moved into their new 12-foot by 15-foot house in the village of Sebasco in Phippsburg near present-day Anna’s Water’s Edge Restaurant. This year, after 16 years of fundraising and restoration, the town of Phippsburg hopes the Murphy home gets a new location and a new life as a museum celebrating the town’s fishing heritage.

The Murphys, like many families in Phippsburg, were a fishing family, scraping by. In 1925, their new home had two rooms—one accessed by a ladder to the delight of the Murphys’ four boys—and boat planks for flooring. Two small additions, including a kitchen, were added later. 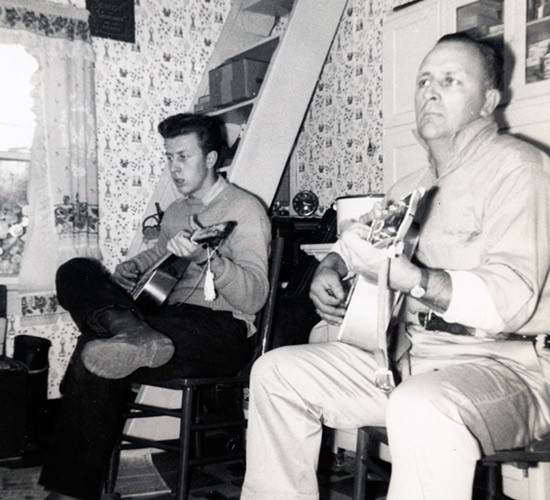 Music was a big part of the Murphy family’s gatherings

Being close to the road, the home was well known by locals and visitors. When the Murphys lived there, remembers their niece, Jean Scott, music flowed out of the house. Pearl played piano, John, the fiddle, and the boys played guitar. (One son, Ivan, would later record a gospel record. Check it out here: https://youtu.be/pDUce5B3Y8Y)

After Pearl died and John remarried and moved to Florida, the home fell into disrepair and eventually was sold in 2002. The new owner wanted the building demolished but agreed to give it to the town of Phippsburg, said Scott, who, as co-chairwoman of Phippsburg’s historic preservation commission, has helped lead the town’s fundraising and restoration effort.

The town moved the Murphy home to a temporary site about 10 miles from its original location. With the help of volunteers, wine and cheese parties, silent auctions and various donations, the town’s historic preservation commission finished restoration work on the house last year.

Phippsburg has been sensitive about losing its older structures, and created an ordinance in 2000 after a historic home in town was demolished. The ordinance gives the town 45 days for its historic preservation committee to make recommendations to owners for maintaining and/or restoring historic homes rather than demolishing them. The ordinance doesn’t allow the town to stop a demolition.

The commission worked with Les Fossel, a historic building preservation specialist based in Alna, on the restoration work to make the rehabilitation as authentic as possible, she said.

Work on the house amounting to about $40,000 included removal of the home from its former location, replacement windows, doors, wood trim and shingles, a new roof and re-created wallpaper to match the original wallpaper in the house.

“It’s totally refurbished and ready to go,” she said. But to make the move to its new home an additional $40,000 must be raised.

At its new location—next to the old Center School building that houses the Phippsburg Historical Society—the Murphy house will become part of the historic society’s collection and will be operated as a museum dedicated to Phippsburg’s fishing heritage. The $40,000 the historical society is seeking to raise is to cover its costs, which include insuring the building, said Scott, who is a member of the society.

A variety of fundraising efforts are planned, including a concert to be held, tentatively, at the Drummore Bay Concert Hall in Phippsburg, this summer. Go to phippsburghistorical.com for updates and more information. The family celebrating a holiday, with homemade music, circa 1960. 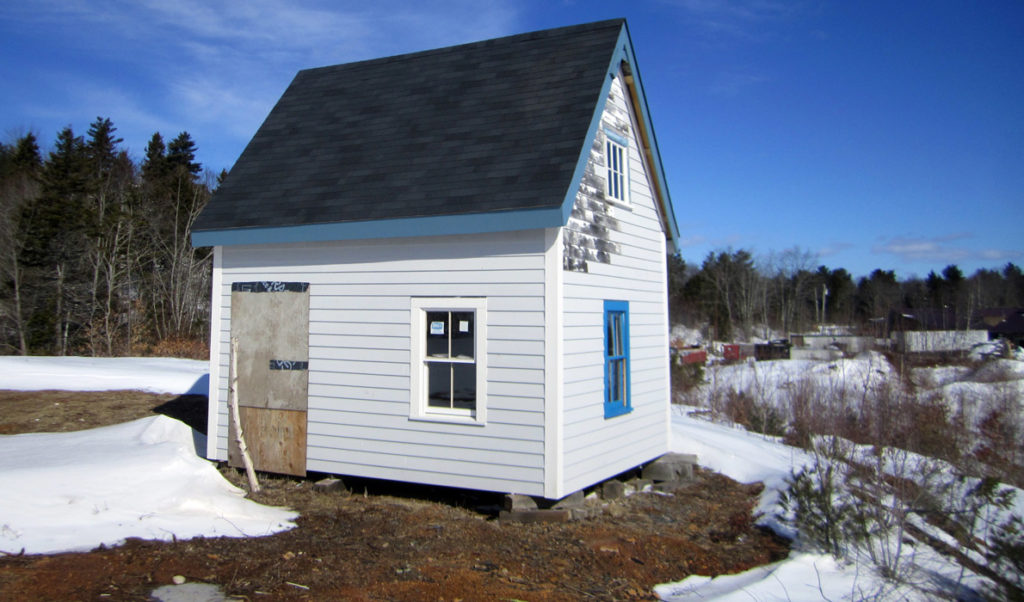 The Murphy house at its current location.