STONINGTON — Robin Alden is the recipient of the 2015 Innovator Award as part of the first SOURCE Maine Sustainability Awards presented on April 9 at Pineland Farms in New Gloucester. The award is one of seven given to Maine leaders, organizations and businesses.

“Alden has made it her life’s work to help fishermen, scientists and fisheries managers understand each other before the goal of making local fisheries more sustainable for Maine’s coastal communities and future generations,” according to the award documentation.

She is currently the founding executive director of Penobscot East Resource (PERC), headquartered on the working waterfront in Stonington. PERC works for the future of fishing and fishing communities in coastal Maine. Its programs include supporting the new Maine scallop co-management system, the Sentinel Survey, a groundfish collaborative research project, and the seven-high school Eastern Maine Skippers Program.

Alden was recognized for the many ways she has increased the sustainability and resilience of Maine fishing to economic and climate changes during her career. In addition to founding PERC, she is a founder of the Maine Fishermen’s Forum, which celebrated its 40th anniversary last month in Rockport, and is also founder of Commercial Fisheries News, the Northeast’s leading commercial fishing industry’s monthly newspaper. During her stint as Commissioner of Marine Resources for Maine, she increased the voice and responsibility of fishermen in regulations. Recently, she has been instrumental in launching two major collaborations: Downeast Fisheries Partnership and Eastern Maine Skippers Program.

SOURCE presented these awards to mark its first anniversary. The awards, dedicated to “eating and living sustainably in Maine,” were given to non-profits and individuals based on a state-wide nomination process. The seven winners were chosen by a panel of six judges. In addition to the innovator award, the six other award categories were: newcomer, elder, educator, pollinator, storyteller and good neighbor.

Maine Farmland Trust was also recognized that evening in the storyteller category. Maine Farmland Trust and Penobscot East Resource Center have teamed up to present “Maine Fare, a Land and Sea Food Festival” being held June 26-27 on the Belfast waterfront. 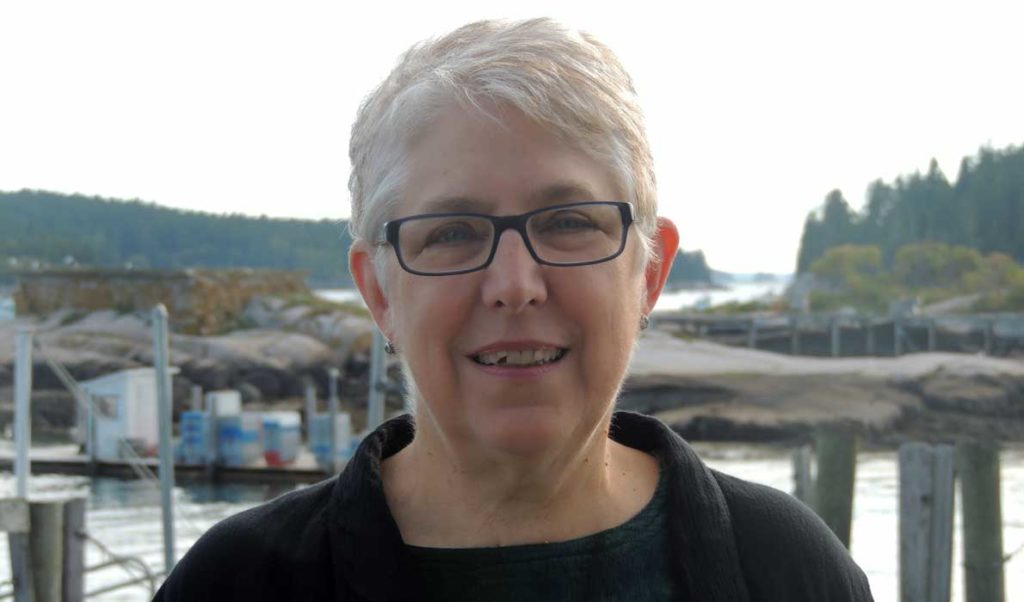