Over the course of three days in April 2007, a storm dumped 8.5 inches of rain over Southern Maine, causing massive flooding, especially where the floodwaters met the sea. The Ogunquit sewer treatment plant, and the access road to the plant, were flooded.

Five years later, an engineering report concluded there was no way to safeguard the plant from rising sea levels and storms of increasing intensity. It was too close to the sea and located on an environmentally sensitive dune. Engineers recommended that town officials begin planning to build a new facility in a different location.

Throughout coastal Maine, community leaders are beginning to do a similar calculus about their own wastewater treatment facilities. There may be no national political consensus on climate change, but rising sea levels and fiercer storms are already causing headaches for local officials along Maine’s waterways. Many communities are now discussing how to pay to protect wastewater infrastructure, according to Curt Spalding, an EPA administrator for the New England region.

“We’ve seen more and more of those gut-wrenching conversations throughout the region,” said Spalding.

Local officials are just beginning to understand the problems they face in this task. A 2012 comprehensive plan for South Portland, for example, found that “many key public facilities” are located in the only area susceptible to flooding. Also, a 2013 report for the town of York found that the wastewater treatment plant, located adjacent to Cape Neddick harbor, was the most important facility that would be impacted by flooding.

It’s one thing to realize your wastewater treatment facility can’t withstand a storm surge from a Category 1 hurricane; it’s another, more expensive thing, to take action.

Change will have to come slowly, said John True, an environmental en gineering services manager with the state Department of Environmental Protection (DEP).

That’s because the costs for making wastewater infrastructure resilient would be staggering if incurred all at once. It’s best for communities to think both short-term and long-term, said Nathan Robbins, a DEP climate change specialist.

While it may take years to build a new wastewater treatment facility, there are less expensive, intermediate steps that can be taken, like moving electrical equipment out of a facility’s basement, Robbins said.

Communities must compete for dollars for these projects because there isn’t enough money to go around. Money pours into areas already hit by headline-grabbing natural disasters, but trickles out for communities undamaged in recent years. New England communities nearer to New York City were more likely to get grant money after the metropolitan area sustained massive damage from Tropical Storm Sandy in 2012, according to Spalding.

Also, there is a sense that while there are many governmental and NGO organizations focused on resiliency, there is a lack of cohesion in the effort. A 2016 Department of Homeland Security resiliency assessment of Casco Bay determined that local efforts were hampered by a “lack of a coordinated planning effort to address regional climate change.” Sometimes, that lack of coordination can show up as red tape. The report cited as an example a failed attempt by the town of Saco to install a generator to ensure power for the wastewater treatment plant during flooding. The town would have needed to have followed federal regulations designed for an “electric power distributor” and that was cost prohibitive.

Despite the hurdles of cost and bureaucracy, Spalding remains optimistic that the region can prepare for future rough weather and seas. During his tenure at EPA, he’s seen how quickly that focus has shifted towards resiliency in federal policies toward climate change. And while adapting to climate change is a herculean task, such tasks have been done before to safeguard our water supply.

“We managed to stem water pollution in the last 30 years,” Spalding said. “I know we can do things that are very significant.”   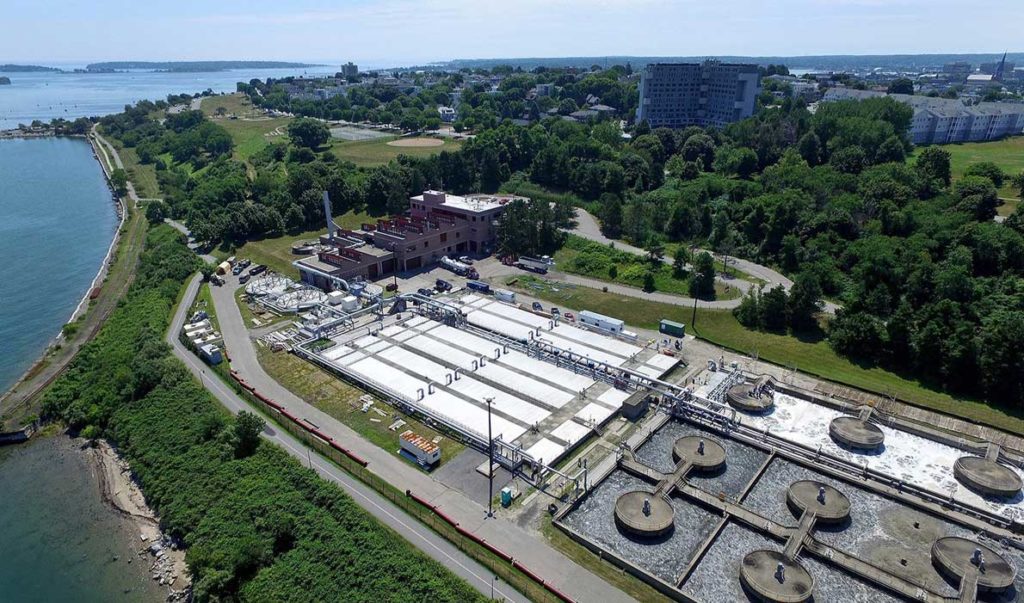