A few months ago, I had one of those “I can’t believe I get to do this” moments. Pages of my cartoons were spread on one of the conference tables in front of Andy and Hanji, the duo that make up O’Chang Studios in Lincolnville.

We on the Island Institute’s sea level rise team had been asking ourselves, “How do we get more people talking about the rising waters of the Gulf of Maine?” We are in a moment in which local pressure applied at the state level could make more funds available for upgrading critical coastal municipal infrastructure. Awareness of the issues is also needed to incentivize public/private partnerships, critical in helping businesses and homeowners adapt.

If even the minimum sea level rise projections hold true, areas that historically have been dry during seasonal high tides and safe during storm events will have greater chances of being inundated. Since many downtowns, high-value properties, and working waterfront infrastructure are situated in vulnerable areas, the rising oceans will have an impact on our economy through declining property values, tourist dollars, and fishing revenue, and higher flood insurance premiums.

A study done in 2018 by Colby College and the Maine Lobster Dealers Association showed that the lobster supply chain alone added $1 billion annually to the state’s economy, much of that situated in vulnerable coastal areas. So, creating and adapting resilient public and private infrastructure is important to maintaining a thriving economy.

But telling people that their very way of life is threatened is a sure way to quickly end the conversation. The initial human response to a threat is to turn away from it, which means our first instinct is to deny that any changes are happening or that the threat will be as bad as is projected. It is too big and too scary to really think about.

So, how do we overcome this fear? Talking about climate change and rising oceans are hard and often controversial discussions—with many points of view and no easy answers—that need to coalesce around shared values and mutual respect in order to succeed.

I am a big proponent of using laughter to diffuse fear when tackling hard topics. It is why I draw cartoons about rising oceans based on real conversations. It was this idea that led us to a brainstorming meeting with O’Chang studios to develop a short film.

O’Chang Studios is well known in the Midcoast area for creating a series of animations called “Temp Tales” (find them online). The goal of these tales is to celebrate the working-class lifestyle of Maine in an authentic way.

Andy and Hanji could help us reach a wider audience while also using humor to help people engage with a dire message and overcome the initial fear response. Their skill at telling authentic, place-based stories was perfect for helping us answer the question of how to reach a wider audience. The film officially launched in February and within a month had over 25,000 views.

This spring, we showed the video to scientists, college professors, and community development professionals working on climate change in the Gulf Coast region of Alabama, Florida, and Louisiana. They laughed at different spots than those of us from Maine; some of the humor is regional, but that was the point.

The film has been shown to first- and second-graders in Vermont, fishermen and their families attending the Maine Fisherman’s Forum, and a roomful of scientists. Each of these diverse audiences engaged with the film based on their background and personal observations.

This summer we will be taking the film to communities. We hope that by using humor as a tool to spark and catalyze conversations around sea level rise, combined with other tools including local documentation of flooding events, national sea level rise calculators, funding models, economic impact studies, and vulnerability assessments, communities can begin to form a picture of what strategies best fit their own unique challenges.

We can begin to piece together a long-term adaptation plan which will help get taxpayers on board with spending higher amounts upfront, to have more resilient infrastructure that will cost them less in the long term. Having a plan allows town managers to start looking for grant monies and will allow our economies and thus our communities to continue to thrive along the coast even in the face of change. We hope that laughter really can be healing.

To watch the video go to https://www.islandinstitute.org/program/climate-impacts. 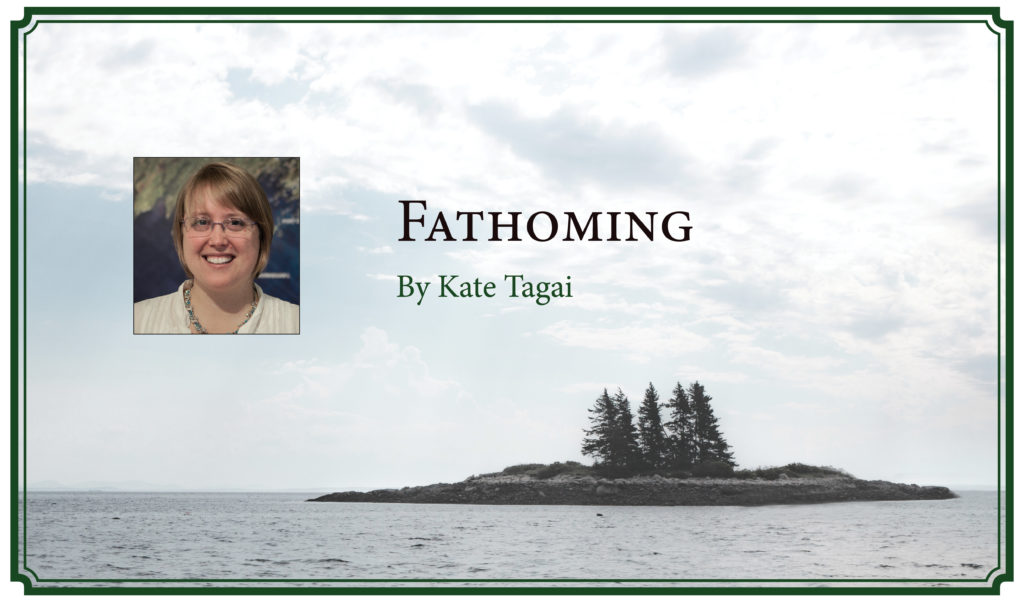