Last year, having seen the Tidewater Motel featured on the Today show, the producers from the The Price is Right called to ask if I could put together an interesting package the show could offer as a prize.

I offered them a week’s waterfront lodging, a ride around the island with a friendly lobsterman who’d give them a chance to steer the boat and haul a few traps, breakfast at Surfside, lunch and dinner at whichever of the two island venues interested them, good weather, wonderful company and a fine time. This winter, the producers called again to alert me there had been a winner and to provide her name. A few months later I received a call from that individual, who lived in Vancouver, British Columbia, asking if she and her Mom could come in June and inquiring about certain travel particulars—how to get to the ferry from Portland, how to get to the Tidewater from the ferry, etc.

We agreed on a particular week and, as that time neared, she called several times, a little anxious about traveling all the way across country to such an unfamiliar place and to so many uncertainties. (It seemed the travel agency that worked with the show was not as helpful as it might have been.) I assured her that we were ready for her, intended to make her stay pleasant and comfortable, promised stellar weather of course and, especially since she and her mom would be dragging along a week’s worth of luggage, I’d be there to pick them up at the ferry.

On the appointed day, it rained and just as the ferry pulled in it did so with particular gusto. I was doing some interior painting in one of the uppermost motel rooms and could see the ferry across the harbor as it pulled in. I wondered dimly at the nagging notion, familiar nowadays, that I was forgetting something. A half hour later I went down to the lobby to see if anything was going on, just in time to open the door for a couple of very wet ladies, each hauling an enormous suitcase. I remembered then.

They were impossibly cheerful, entirely forgiving of this major oversight during these, the very first few rainy minutes of their fair weather week and of our relationship.
There had been very little traffic between the terminal and the motel, and so had been no occasion for anyone to have offered them a ride. Later, however, after they’d dried and warmed themselves and were out on the street, many islanders recognized the younger of the vivacious duo and greeted her with a welcoming, “Hey, ain’t you the woman from the The Price is Right? We been wondering when you was going to get here!”

In no time, minutes it seemed, everyone knew they were here, who they were and, since it was early June and most of us were still from “here,” they were recognized instantly everywhere they went—and they went everywhere. They had a spectacular ride around the island aboard Sea Breeze, steered the boat and hauled a few traps; they closed the Sand Bar on at least one night, played community trivia with the regulars, socialized with all sorts and generally endeared themselves to us, and we the reverse as well.

When they were ready to leave, I did a little better than on their arrival. As it happens I was driving the bus to the ferry to pick up a visiting baseball team and chauffeured them to the terminal in the grand style we all thought they deserved.

Phil Crossman lives on Vinalhaven and owns and operates the Tidewater Motel, where the price is always right and the pickup service usually is. 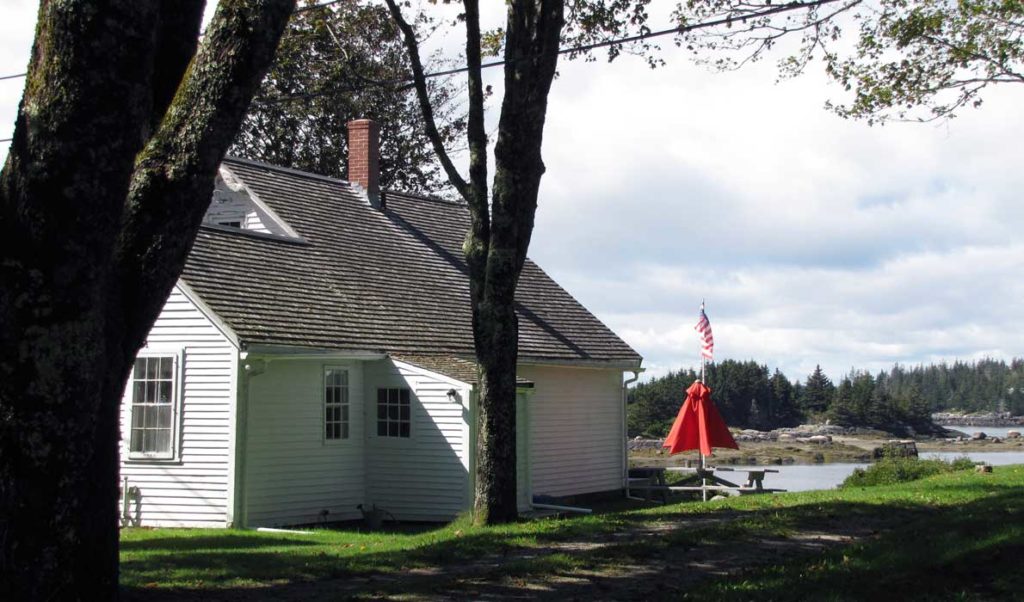