A reservation system for visiting Acadia National Park is among the top proposals in the National Park Service’s draft transportation plan, released April 26.

The plan has been in the works since 2015, due to traffic congestion from increased visitation. On the weekend of July 4, 2017, for example, the long, winding access road to Cadillac’s summit was closed numerous times to relieve congestion at the top. The road’s hairpin turns pose safety hazards for multiple users, as does right-hand parking along the park’s iconic Loop Road.

The plan identifies transportation and visitor use management strategies aimed at providing “safe and efficient transportation for visitors while ensuring the protection of park resources and values,” an NPS news release said.

Alternatives include looking at time-specific reservations for five locations along the Loop Road—Sieur de Monts, Sand Beach, Jordan Pond House, Cadillac summit, and Thunder Hole. It proposes the entire Loop Road be managed under a timed-entry reservation system, during the high season. Details remain to be worked out. It could be either a timed entry, allowing visitors to stay in an area for as long as they want; or time-specific, allowing visitors to park for a certain amount of time and then vacate. Times of day for reservations have not been determined.

“In all cases, we’ll be looking at the overall impact and use of the park,” said John Kelly, Acadia’s management assistant, during a Bar Harbor public hearing on the plan.

Additional proposals include phasing out the Loop Road’s right-lane parking, expanding the free Island Explorer service, construction of additional parking at certain hot spots, and making the Acadia Gateway Center in Trenton the primary visitor center rather than the existing center in Hulls Cove.

Expansion of the Explorer system would be designed to meet demand not otherwise met by the reservation system, Kelly said. Bus service to the top of Cadillac is part of the park’s considerations. And the park would look at other contracted bus services to help meet demand.

It’s expected a reservation system will likely put pressure on other areas of the park and on roadside parking, Kelly said.

The plan also looks at vehicle size requirements, to ensure all vehicles fit the geometry and bridge heights of the park’s roads.

Once the comment period closes on June 26, next steps include convening internally with Acadia and NPS officials and consultants.

Edited comments from the Bar Harbor hearing include:

Kelly: Ultimately, it’s about visitor experience, which can be affected by crowds. The plan identifies capacity in many areas throughout the park, including crowds.

• Commenter: The plan depends on extended service by the Explorer, yet the Explorer is already constrained by not having enough drivers.

Kelly: Correct. At one time, it was thought operational and capital financing was the Explorer’s limiting factor. In fact, the system is limited by difficulty finding drivers. Downeast Transportation this year hired about 30 more drivers than last year. But there may be an upper limit.

• Commenter: Timed entry could work well, but then allowing people to stay as long as they want could be a problem.

Kelly: Implementation of a reservation system will be complicated and remains to be worked out. Considerations sometimes vary based on the attraction, too. For example, visitors tend to stay much longer at Sand Beach than at Thunder Hole. Monitoring will be key.

• Commenter: Acadia differs from other national parks in that it’s indigenous to surrounding communities. The plan caters to visitors, not local residents. What happens if the plan cuts back on the ability of locals to spontaneously go for a hike?

Kelly: There are several ways to approach local use. Locals can work with the reservation system. Or they can find alternative areas that aren’t part of the reservation system, either in terms of location or time. Things will likely change to some degree for locals. But safety and park experience remain paramount. 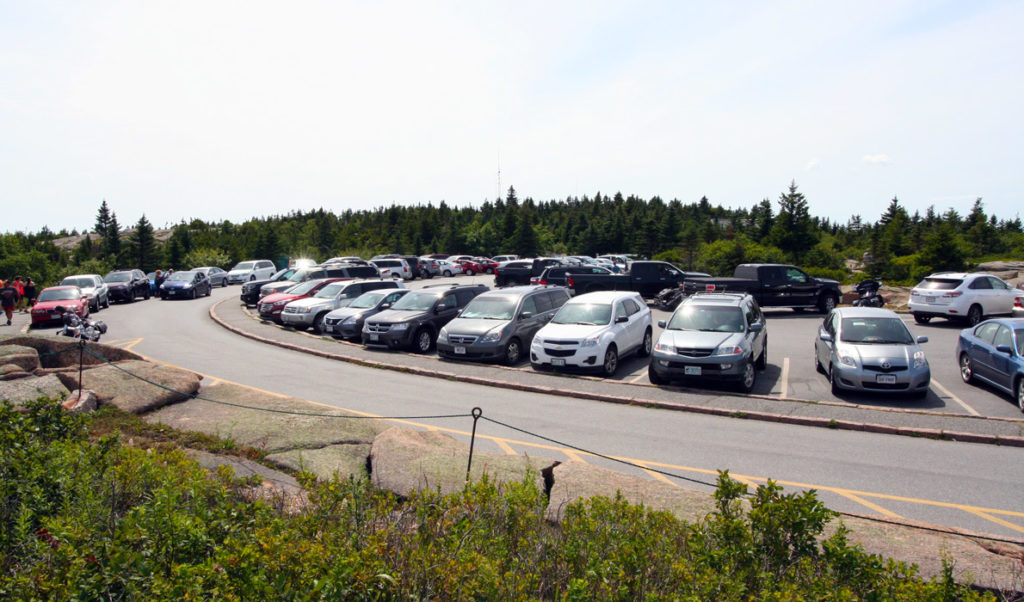 Cars fill the parking spaces at the top of Cadillac Mountain in Acadia National Park.

A traditional winter fishery in decline