We’ve dropped the editorial in this month’s issue in favor of a personal column remembering a life well-lived, and a colleague whose example continues to shine bright.

One of the benefits we enjoy on the Maine coast is that prominent and accomplished people visit or retire here, and often, we can get to know them and be touched by their lives. That’s the case with Richard “Dick” Dudman, who died in early August at the age of 99. On retiring, he settled in Ellsworth and summered for decades on Islesford (Little Cranberry Island). I got to know him, at least casually, when I was writing editorials for the Bangor Daily News before joining the Island Institute.

His career in the news business almost seems scripted for a movie—big stories, exciting and even dangerous assignments, impressive advancements. Dudman was on the beat, notebook in hand, through much of the turbulent second half of the 20th century. His work reflected the very best of the craft of journalism, informing citizens about the workings of their governments, whether those workings were noble and honorable, or corrupt and self-serving.

While covering the Vietnam War in 1970 for the St. Louis Post-Dispatch, where he was the paper’s Washington D.C. bureau chief, Dudman and two other journalists were ambushed in Cambodia. To help reassure a younger, very frightened colleague, Dudman said: “If we get out of this alive, we’ll have one hell of a good story.”

And they did get a good story, seeing the mysterious other side of a war he had covered for years. Released after nearly six weeks, he wrote an account for the newspaper and later expanded it into a book, 40 Days with the Enemy. Dudman led the Post-Dispatch’s critical news coverage of the Vietnam War, which the newspaper opposed editorially from its start in the Kennedy administration.

He covered the assassination of President Kennedy, then wrote stories digging into a possible conspiracy behind it. After hearing him speak about that part of his career on Maine Public Radio some years ago, we had an email exchange in which he said he finally rejected the conspiracy idea, concluding that too many high-level officials would’ve had to be involved.

On his last day on the job before retiring in 1981, he covered an assassination attempt on President Reagan; Dudman was pressed into service, running up Connecticut Avenue to be his paper’s witness to the event.

I saw him on Islesford a few years ago, walking to the dock to pick up his copy of The New York Times, still plugged into the world, and still relying on journalists to explain its twists and turns. It’s not hard to imagine his reaction to the assault on journalism that comes from the White House today, the cries of “fake news” about stories that point out the failures and foibles of the president, the unprecedented labeling of the press as “enemies of the people.”

Dudman didn’t choose his timing, of course, but I can’t help but envy the arc and context of his career, working during an era when most people at least understood why a free press is protected in the very first amendment to the U.S. Constitution. 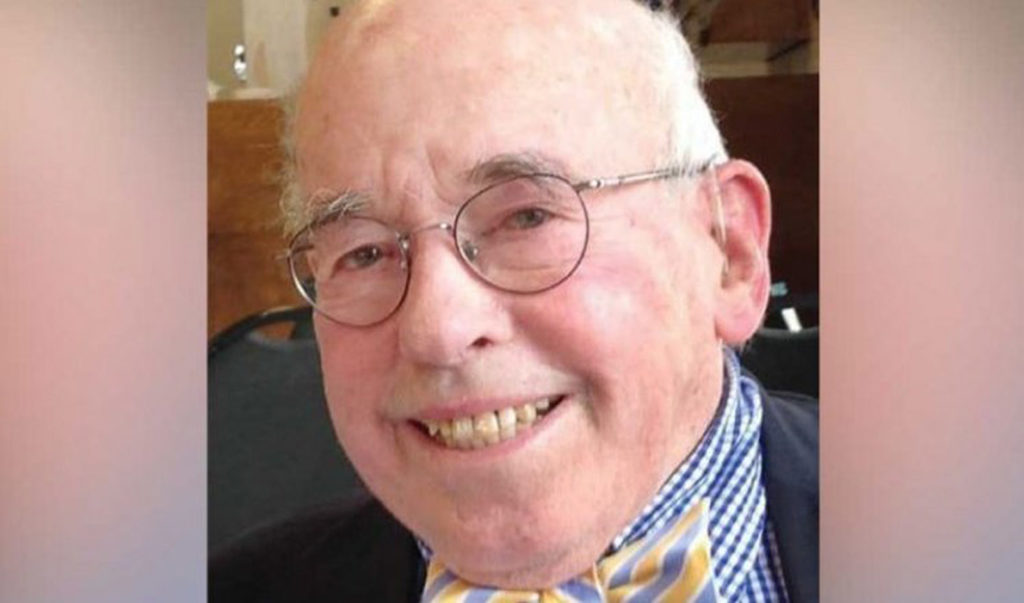