Capacity is a concern

My wife and I have been members of The Island Institute for more than just a couple of years and regularly read articles in The Working Waterfront.

I read Sara Miller‘s op-ed piece in the August issue, “Leaving gas vehicles in the rear view mirror,” with much interest.

Looking at her credentials, I would not presume to challenge her insights nor the non-scientific (her words) forecast of sales of electric vehicles by such-and-such a year. Understandably, forecasts are rarely perfect and only time will tell.

I was disappointed that not a single word was said as a reassurance regarding the capacity of the electric grid to support the demand for regularly recharging the batteries of EVs. If her non-scientific forecast proves close-to-accurate, there will be millions of electric vehicles by 2030, just nine years from now. How many vehicles is “40 percent of (just) Ford’s global sales?”

All this would be occurring during a time when momentum to replace fossil fuel and nuclear power plants with fully renewable energy sources will be increasing. Renewable sources do not seem to be as dependable in producing electric power hour-after-hour, day in and day out, no matter the season.

Have I missed something?

When Ted was a teacher

The October issue reporting on the deserved recognition of Ted Ames with an honorary doctorate of sciences by Bowdoin College and subsequent biography of his career was lacking an extremely important aspect of his accomplishments.

In the early 1970s, Ted was far and away the most impactful, respected, and influential educator at Mount Desert Island High School. His rapport with students was completely genuine which set him markedly apart from most of the faculty at that time. I graduated from the school in 1973.

Ted was a positive influence on hundreds of students who have now gone through their adult lives knowing that being inclusive, empathetic, and unassuming were all traits Ted passed on to us and that we wanted to emulate.

The creation of MDI High School 50 years ago was an experiment in regional consolidation bringing students together from all the MDI communities and islands; that experiment turned out to be a success because the students became friends long before the administration got its act together. In my opinion, Ted Ames has as much to do with the success of the school as anybody.

Thanks Ted—your impact on Downeast Maine and our planet is immeasurable.

I just wanted to let you know that I nearly jumped out of my skin when I opened the October issue and saw the spider picture (“Spider haven: aracnids of the Downeast coast,” by Dana Wilde), but I loved it! Fantastic article.

I am so intrigued with spiders, even though they are creepy! We have a family of Wolf spiders in our garden, and attached is a picture of the head honcho. My husband Lou and I enjoy your publication.

The Working Waterfront welcomes letters to the editor. They should be about 300 words and sent to editor Tom Groening at tgroening@islandinstitute.org. Guest columns and other longer opinion submissions should be cleared first with the editor. 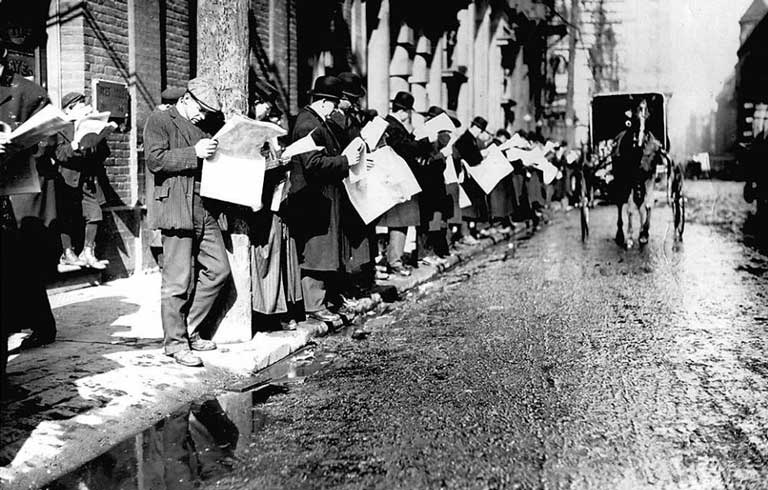