If you live in Jonesport, Rangeley or New Sweden, you may not feel like you have much in common with Swan’s Island and neighboring Frenchboro Island, and that’s assuming that you’ve even heard of them before. But a recent decision at the Maine Public Utilities Commission (PUC) suggests you have more in common than you might think.

Swan’s Island and Frenchboro are located six and eight miles, respectively, off Mount Desert Island and have small year-round populations of 350 (Swan’s Island) and 36 (Frenchboro). Lobstering is a significant source of income for most families.

The recent PUC decision centered around the Swan’s Island Electric Cooperative (SIEC), the tiny utility that provides power to the two islands, and its efforts to join Emera Maine, the large, mainland-based electric utility. While many parts of Maine were once served by small cooperatives like SIEC, most of these entities have since been absorbed by Emera and Central Maine Power. Emera and CMP now provide power to the vast majority of the state’s ratepayers at one uniform rate, which averages to about $0.16 per kWh. By contrast, SIEC ratepayers are paying approximately $0.38 per kWh, more than double what most Mainers pay.

It’s not surprising that SIEC members—the residents of the two islands—have been looking for an alternative for almost a decade. Keeping the lights on comes at a cost in terms of affordability, reliability and safety. The coop’s ability to exist depends almost entirely on volunteers. While their efforts have been nothing short of Herculean, most of us are probably glad we don’t have to rely on volunteers to provide electricity to power our homes and businesses.

Faced with these challenges, coop members did what those in any small, remote community would do—they tried to solve the problem themselves. They evaluated the potential for renewable energy to lower rates, invested in collaborations with other island utilities, and cut other operating expenses. But the economies of scale finally caught up with them. After a substantial rate increase in 2014, and at the PUC’s direction, the island coop pursued a merger with Emera.

For more than a year and a half, representatives from Emera, the coop, and the state met to determine the terms of the deal. There were tradeoffs involved—the few coop staff would lose their jobs—but the deal always centered on the idea that islanders, once part of Emera, would pay the same rates as others in the territory, as has been the case with every other small Maine utility absorbed by a larger utility. Terms were agreed upon and PUC approval was sought.

On Jan. 18, PUC commissioners voted 2-1 against the merger. Their primary concerns related to the impact of the deal on Emera’s much larger customer base. But in a set of eye-opening comments, Commissioner Bruce Williamson cautioned island residents pursuing the acquisition and uniform rate:

“Well, people choose to live on Swan’s Island. They managed to live with high oil and high fuel prices in the past. Everything costs more than it does on the mainland, and it always has. And we learned in Real Estate 101 that you pay for location.”

Thankfully, this reasoning is generally not applied to the rest of the state. If you’re a fisherman Downeast, a potato farmer in the County, or a logger in the North Woods, you benefit from the economies of larger utilities and are not asked to serve on a volunteer board to manage your own power coop. While it could cost more to get power to you than it does to more populated areas, you don’t pay any more.

Why? Because as a state, we do not want to drive people away from rural communities. That’s why we have geographic rate averaging, the principle that protects you from paying a separate rate for basic services like electricity, water or internet. Moreover, public policy rightly does not imply you should move to Portland to have affordable utility service. Should residents of Swan’s Island and Frenchboro be treated differently? And which communities could be next?

The island electric coop is committed to finding a solution that will work for the PUC, in spite of the added time and cost now required to get across the finish line. We hope island residents will soon benefit from lower rates, even if they are not as low as what has been discussed.

However, we don’t want to stop here. The Island Institute sees this recent decision as a signal that our state needs to have a more meaningful dialogue about how critical decisions can end up impacting our smallest communities. This comes at a time our country is awash in discussions of a rural/urban divide, a conversation we are all too familiar with here in Maine. At this point of reflection, let’s think about our rural communities as islands and consider whether our public policy decisions disadvantage them or help them to thrive.

Suzanne MacDonald is the Community Energy Director at the Island Institute, publisher of The Working Waterfront. 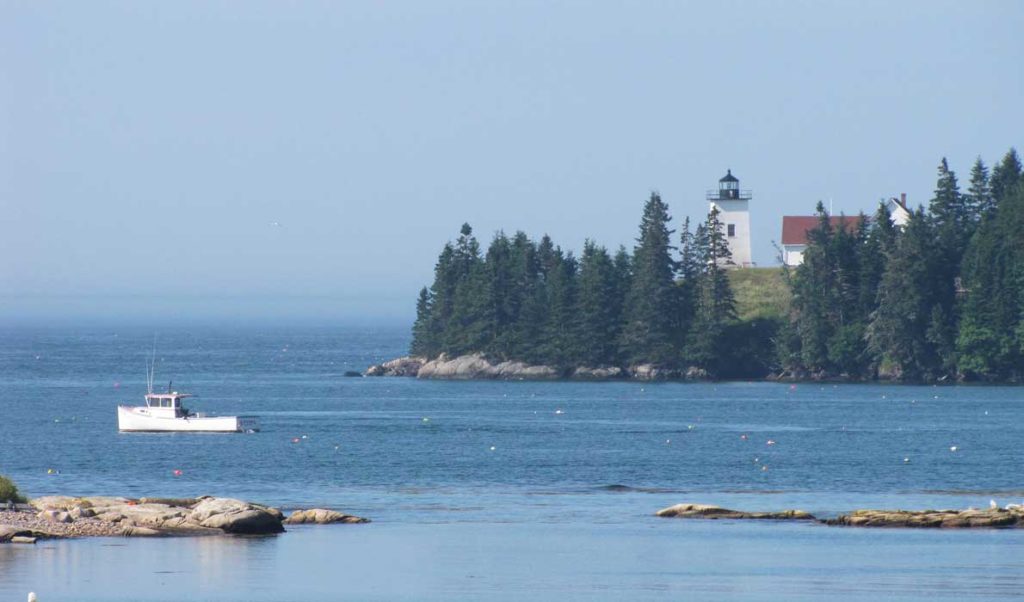