ROCKLAND — Trucks carrying propane in bulk or in 100-pound cylinders can travel to islands on the state ferry service, but not without restrictions on the number of passengers on the vessels.

That’s the compromise solution offered to the Maine State Ferry Service by the U.S. Coast Guard, after federal regulations threatened to end delivery of propane to some Penobscot Bay islands. Many island homes and businesses rely on propane for heating, and in the midst of a record cold winter, the prospect of propane shortages frightened many islanders.

The Coast Guard issued a temporary, six-month certificate allowing the transport of propane, as long as certain conditions were met, such as limiting the number of passengers on vessels carrying propane. The numbers vary from ferry to ferry, service manager John Anders explained at the March 5 meeting of the Maine State Ferry Service Advisory Board. The numbers were determined with “an area of refuge” in mind for each boat, a place “where passengers can muster in the case of an emergency,” he said.

Advisory board member Eva Murray of Matinicus questioned the logic of the numbers, wondering how 47 passengers would be safe on board if a propane fire were ignited, while 50 would not be able to find refuge.

Logical or not, Anders said the Coast Guard could insist on no more than 25 passengers on ferries, as is the rule in other parts of the country.

“I don’t think the Coast Guard is going to become more flexible in the short term,” he said.

The Coast Guard’s tightening of rules for propane came through unusual circumstances. For 20 years, the ferries had been able to carry 100-pound propane cylinders along with passengers aboard under a federal Department of Transportation permit. When the ferry service sought an expansion of that permit to transport bulk propane trucks along with passengers, the federal DOT included the Coast Guard in the review, which triggered its oversight and, briefly, a suspension of propane delivery to the islands.

Along with limiting passengers on ferries carrying propane, the Coast Guard wants the ferry service to adopt rules about weather, securing the vehicle and other procedures. Leaving empty vehicle spaces around propane trucks on the ferry has been the procedure for many years.

A chart developed by the ferry service and distributed at the advisory board meeting showed the impact of the new rules in 2014. It showed that the Captain Neal Burgess, used primarily on the Rockland to North Haven run, can carry just 47 passengers when propane is aboard. According to the service, six trips required leaving walk-on passengers behind to comply with Coast Guard limitations. A total of 50 passengers were denied transport on those trips.

The Captain Henry Lee, primarily used on the Bass Harbor to Swan’s Island run, also can carry a maximum of 47 passengers when propane is on board; three trips required bumping a total of 22 passengers because of the limits, according to the chart.

No other ferries required leaving passengers behind because of propane transport, according to the chart.

Dubois noted that North Haven sustained the most impact from the new rules. A letter from North Haven town officials sent to Coast Guard Lt. Commander Paul Rudick, and copied to the ferry service, made that point:

“As we islanders, the stakeholders most affected by the policy, have had an opportunity to absorb and assess its implications, our concern and alarm have only grown,” it stated. Calling the compromise “deeply flawed,” town officials asked to be included in a meeting with the Coast Guard and ferry service.

North Haven officials also asserted that walk-on passengers leaving the island on the first trip expect to be able to return “at will,” but if a propane truck were to be loaded in Rockland, they might be stuck on the mainland.

The letter noted that ferry passengers accept a certain amount of risk in traveling. Furthermore, the town asserted that the new rules fail “to convince any of us that 42 [plus five crew] of us are traveling in greater safety than 50 or 60 would be.”

A potential rise in costs to propane was another concern. 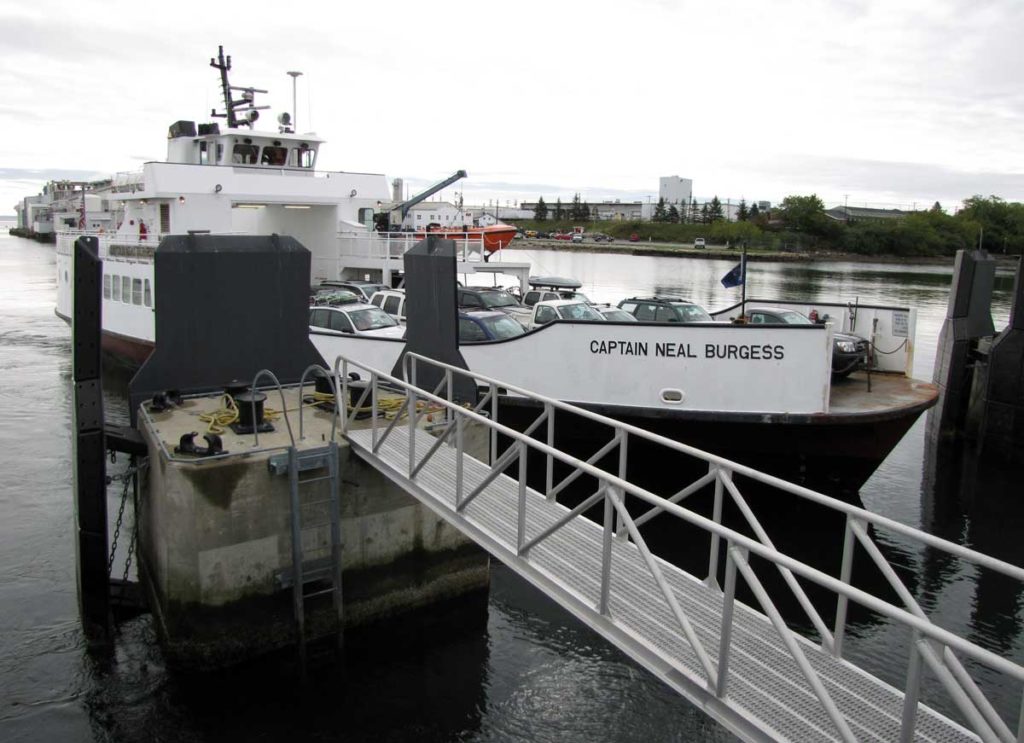