Whether you’re out for a stroll on Portland’s Eastern Promenade or cruising on a boat on Casco Bay, you can’t miss Fort Gorges, the stone sentinel that sits on a tiny island in Portland Harbor.

On July 19, some 30 people—supporters and volunteers and board members of the Friends of Fort Gorges—traveled to the fort to mark its 150th birthday. The friends group, which refers to itself as “FoFoGo,” hosted a picnic to raise money to help restore and preserve the landmark.

There’s no dock at the fort, only a dilapidated granite block pier and small sandy beach to pull up on at high tide. Many have come back from exploring the fort to find the tide has fallen and their boat is now inaccessible.

Sadly, much of the fort has been stripped of its original glory. There once was a granite staircase that led into the water from the pier, but it has since tumbled into the bay. Metal was taken and sold by vandals for scrap long ago. The once proud captain’s quarters now crumbles and the only sign of artillery that remains is a 13-ton “parrot rifle” that has fallen, or been taken, off of its carriage.

As the friends group continues to raise awareness to the untended state of Fort Gorges, members hope for restoration and improved accessibility of this architecturally and historically important site. 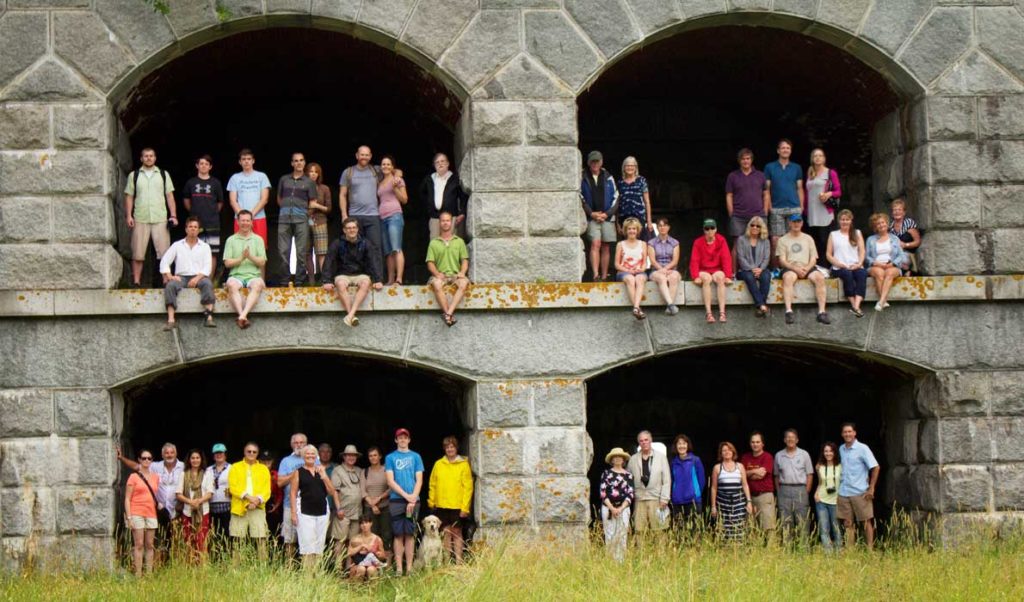 Members of the Friends of Fort Gorges and volunteers gather for a group photo.