The Maine Port Authority has received a $4,098,360 grant through the U.S. Department of Transportation Maritime Administration. The port authority sought funding from a port infrastructure program for improvements at the International Marine Terminal in Portland.

“The International Marine Terminal has experienced a significant increase in volume in recent years, and this $4.1 million investment will allow the terminal to make improvements to keep pace with its substantial growth,” said Sen. Susan Collins, who advocated for the grant. “This major seaport is northern New England’s only container terminal and is utilized daily by businesses and customers across our state, including L.L. Bean, Sappi, Aroostook potato growers, and Washington County blueberry growers.”

Jon Nass, CEO of the Maine Port Authority, said the funds will add to ongoing investment in the Portland facility.

“This will be the latest investment into the successful redevelopment of Portland’s working waterfront,” he said. “It will help two Maine terminals continue to grow, create jobs, and provide critical logistical infrastructure to help grow Maine’s economy.”

The project will provide additional public and private logistical assets at Merrill’s Marine Terminal with warehousing, breakbulk, and drybulk–to-container loading capacity. Specifically, the project will:

Since attracting Eimskip as its operator, the International Marine Terminal has seen container volume grow by 20-30 percent year over year. Even during the pandemic and economic crisis, this year’s total volume is projected to match the previous calendar year. 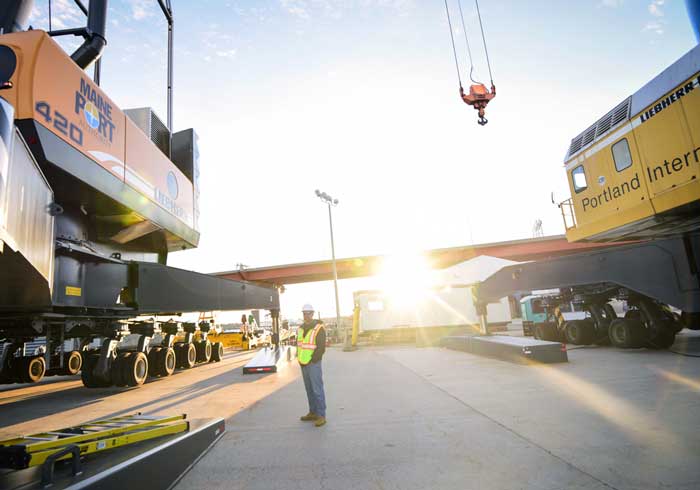