The new executive director of the Maine Lobster Marketing Collaborative aims to increase product value and tackle messaging around issues that affect the lobster industry.

“What I like best about this job is the people I work with,” she said. “I feel lucky to work with lobstermen and dealers who are so passionate about what they do.”

LaCroix’s career in marketing began in 1992. Working with an advertising agency in Portland, she came to handle the accounts for several seafood commodity boards. That contributed to her being hired, in 2006, as marketing director for what was then the Maine Lobster Promotion Council.

A price crash in 2012 prompted industry members to revisit the council’s mission. In 2013, the state legislature authorized the creation of the collaborative with a higher level of funding to come from additional surcharges on industry licenses.

“The marketing program has been in place since 1991, but it was a different industry in 1991 than in 2013,” LaCroix said. “When the marketing program was originally put together, the funding was $350,000 per year. That made sense in the 1990s, when it was primarily a local business,” of smaller catches and local markets. Marketing focused on activities like supermarket promotions.

By 2013, landings had grown substantially.

“The product was being shipped worldwide and the marketing funds weren’t keeping up with growth,” she said.

The budget today is $2 million.

In December 2014, the collaborative hired New York City public relations firm Weber Shandwick to expand existing markets and find new ones. The firm developed a program focused on Maine “new shell” lobster, a rebranding of what had been called softshell lobster. The program included a new website and media channels, and engaged celebrity chefs and media influencers, through culinary events and educational resources, to share the story of Maine lobster as an iconic, sustainably harvested seafood.

“We realized there’s room for education throughout the distribution chain,” she said. “We’ve added that to our marketing program this year.”

“We’re also planning podcasts and we have a robust digital advertising program,” she said. “That allows us to target distributors as well as chefs and consumers.”

“While we were building the program, we looked at marketing metrics—how many people we reached, how many we engaged through social media,” she said. “This year, we’re adding more actionable measures. For example, we created a new content hub of photography, videos, and fact sheets. It’s available to anyone who sells Maine lobster, so we’re able to track who’s going in and using those materials.”

In a couple of important ways, the industry is at the top of its game. Lobstermen already harvest what they can, and those numbers remain at historic highs. Also, Maine already sells all of its catch.

So what is the goal?

“There’s no control on the supply side,” said LaCroix. “So we want more customers who pay more for Maine lobster” in high-end restaurants and through value-added products, for example.

The collaborative is also reviewing the mission of its marketing agency.

“We run a public relation campaign, but we also need support with issues management,” she said. “When we’re talking about North Atlantic right whales, for example, we need counsel.”

As of press time, the collaborative was interviewing agencies, including Weber Shandwick, to contract for the coming year. The most important criteria, she added, were agencies with strong food marketing experience as well as experience with marketing boards.

The collaborative is also keeping an eye on global issues, such as the trade war with China, which is impacting some businesses. 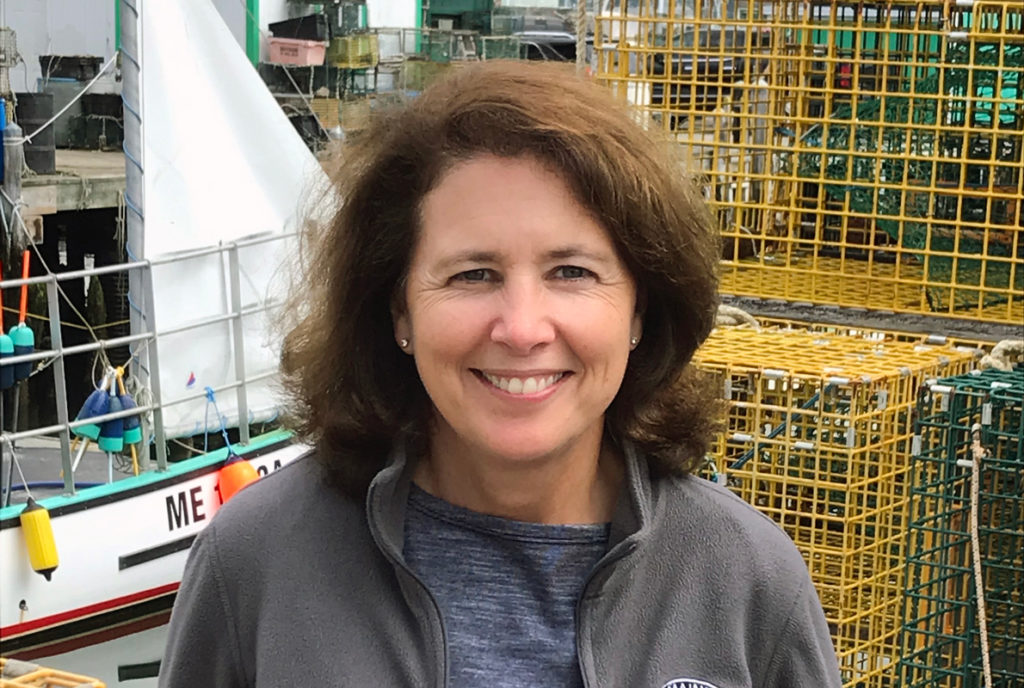