Like moths drawn to flame, artists of all stripes—painters, writers, sculptors—have been swarming coastal Maine for more than 100 years.

Among Jamie Wyeth’s fellow islanders was another, lesser-known painter, who summered on Monhegan from Central Park West in New York City. Between 1942 and 1979 he had been a Broadway stage headliner—17 productions—and between 1943 and 1979 a Hollywood film star, logging 25 films.

Best known for his commanding stage presence as Tevye in Fiddler on the Roof (think: “If I Were a Rich Man”), Zero Mostel also played a leading role in The Producers, a 1968 film that film critic Roger Ebert once described as “one of the funniest movies ever made.”

Mostel found the western coastline of Monhegan to be a sanctuary that met his needs: isolated, inexpensive, and hard to get to.

“He is ebullient, Falstaffian, Chaucerian,” Martin Dibner wrote in Seacoast Maine: People and Places, a 1972 book illustrated with stunning black-and-white photographs by George A. Tice, including a studio portrait of Mostel at work in Maine. “His booming laughter can shatter plate glass,” Dibner wrote. “He was a damned good painter long before he became a damned good actor.”

Among locals, some of whom like Mostel found from-away summer rusticators tedious at best, Mostel was known as capable of almost anything in public. He once persuaded the captain of the boat bringing him to Monhegan to lash him to the mast.

“With his eyes rolled back and his tangled beard waving in the wind, he could not have failed (except for his reassuring bulk) to remind the astonished crowd of a crazed though oddly rabbinical Ancient Mariner.

“He admits to occasional lapses of propriety that sometimes startle the unwary observer but never failed to relieve the monotony,” Dibner wrote. “And in his more profound and theatrical moments, he has been known to stand on the crowded boat landing as the Laura B. comes alongside with yet another boatload of tourists, waving it off, shouting ‘Plague! Plague! Cholera! Go back!’” 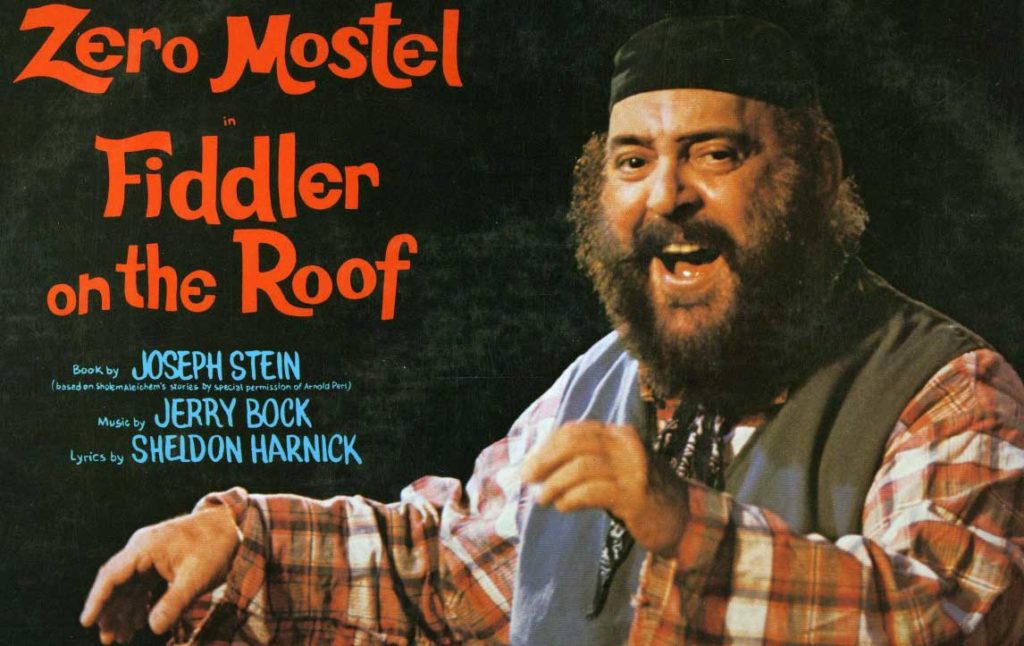