A proposal by Maine’s Rep. Chellie Pingree, a Democrat from North Haven, to protect working waterfronts and the jobs and economic activity they support, was aired at a congressional subcommittee hearing on Nov. 2.

The bill, HR 1176, is co-sponsored by Rep. Rob Wittman, a Republican from Virginia.

The bill would establish a grant program to provide matching, competitive grants to coastal states, according to Pingree’s office, aimed at preserving and expanding access to the coast for commercial fishing, recreational guiding, aquaculture, boat building, and other water-dependent businesses.

The proposal also would create a working waterfront task force at the Department of Interior to identify and prioritize critical working waterfront needs. Among the factors the task force would consider are the cultural and economic importance of waterfront properties, the threats they face from climate change and other environmental hazards, and market conditions for water-dependent businesses.

The hearing was hosted by the House Natural Resources Subcommittee on Water, Power and Oceans.

On Maine’s 5,000-plus mile coastline, just 20 miles are understood as remaining as working waterfront. In addition to development pressure to use this land for restaurants, hotels, and condominiums, those owning neighboring residences and businesses often resist the noises, smells, and lights emanating from working waterfront infrastructure, potentially putting pressure on them to curtail operations.

Voters amended the state constitution in 2005 to protect existing working waterfronts from being taxed at rates that considered their value as potential hotels or condos.

Rob Snyder, president of the Island Institute (publisher of The Working Waterfront), testified in support of the bill, and cited Maine reliance on the lobster fishery, which in turn relies on public piers, docks, breakwaters, parking lots, and other infrastructure.

“Every one of the 270,000 fishing trips Maine lobstermen take each year starts at a working waterfront,” Snyder said, “and every pound of the 130 million pounds of lobster that fishermen land, crosses a working waterfront on its way to markets around the globe.”

Snyder also asserted that working waterfronts support economies elsewhere in the U.S., and that through his work at the Institute, this became apparent.

“This is not just an issue for Maine fishermen,” he said. “There is a national constituency for supporting working waterfront businesses. Through years of experience connecting fishermen and community leaders from Alaska, California, Louisiana, Florida, North Carolina, Virginia, Maryland, and elsewhere, we have found an incredible commitment to supporting local working waterfronts.”

Testifying against the bill was Maine Gov. Paul LePage.

The governor acknowledged the importance of working waterfronts to the state’s coastal economy, but argued the proposal would not help sustain them.

LePage objected to the program being proposed for the federal Department of the Interior, which manages national parks and monuments, among other work.

“Any work truly intended to ensure ongoing access for commercial enterprises should be led by the Department of Commerce,” he said.

He further argued the state would be burdened to ensure the terms of purchases of land or deed covenants.

“If a violation of the covenant occurred a decade from now, the state would be obligated to take action,” LePage said. “I cannot, nor should any governor, in good conscience, accept one-time funds that will leave the state on the hook … well into the future.”

He also argued the program Pingree’s bill would create is redundant.

“According to a recent EDA report, there are already 80 federal financing programs in place under which working waterfront properties would be eligible,” the governor said. “How many of these existing programs are adequately funded to achieve their goals? As written, the program only serves to layer additional planning and reporting obligations onto the state with little hope of ever receiving limited federal dollars.” 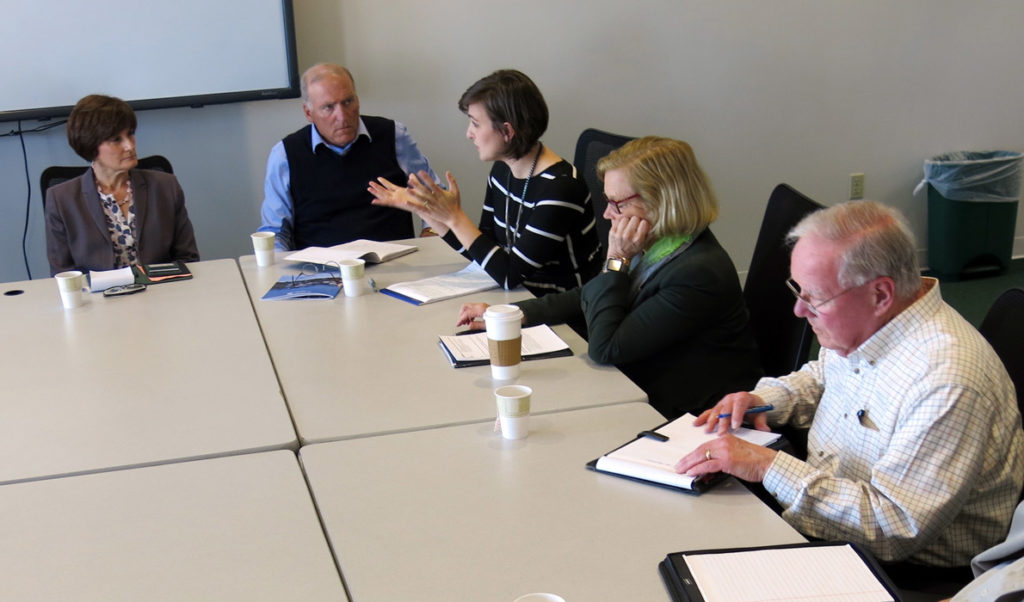