Before moving to the Northeast, I spent part of my undergrad training as a National Association of Underwater Instructors research diver. When we weren’t on assignment counting nurse sharks or sea bass deep in the Catalina kelp forests, my scuba friends and I could be found finning around La Jolla Cove, telling dive stories over a beer, or hanging upside down on a reef, hunting for bugs.

Catching a lobster by hand is generally a two-man job. Once a suitable den is located, the bravest person will creep into the dark crevice with an open net while the other waits nearby to startle the lobster, which then swiftly swims backward into the net, churning a plume of sea sand in its wake.

I never took lobster too seriously until I moved to Maine. Here, lobstering is the driving force behind a $500 million coastal economy.

However, an increase in atmospheric concentrations of CO2 over the past 50 years is warming our seas, and the Gulf of Maine is warming faster than 99 percent of the world’s oceans. This marked increase in water temperature affects wind patterns and alters the flow of underwater currents, ultimately shifting the availability of food resources for many marine species.

Many species migrate seasonally in search of food or favorable conditions. From Arctic tern to zebra, animals can navigate hundreds—or even thousands—of miles to get where they need to breed and feed.

Still, scientists know very little about the underlying mechanics of how animals know when it’s time to move, or how they are able to navigate so beautifully to their final destination. Land-based species may use rivers, scents, or even stars as mileposts. And we know that marine species use temperature and current to navigate.

But how do researchers articulate these cues, and what can we learn from the behavior of other species to help preserve our local marine ecosystem?

Spiny lobsters, salamanders, salmonid fish, sea turtles, and birds use variations in the Earth’s magnetic field to navigate. Researchers at the University of North Carolina have discovered the Caribbean spiny lobster demonstrates this ability. Lobsters have sophisticated internal compasses that allow them to use the Earth’s magnetic field to find their way home, even when transported as far as five miles away.

Fish are difficult to track and study in the wild, leaving lobsters and turtles as the most readily available specimens for marine study.

The phenomenon of magnetic mapping in two species as evolutionarily removed as turtles and lobsters presents the possibility that this skill could be more widespread than researchers have documented to date.

Modus operandi for some species evolve as they mature. For example, adult sea turtles use inherent secondary navigational skills, while hatchlings depend on established ocean currents (called migratory corridors) to transport them from nesting site to foraging grounds, sometimes up to 7,000 miles away.

Once fully grown, sea turtles rely on a combination of multiple environmental cues, like current, wind, and temperature to initiate their migration and guide them to resource-rich feeding grounds.

Climate change also is having an impact.

Prey location is becoming less reliable. Jellyfish, the primary prey for Leatherback sea turtles, are found in fluctuating abundance and location based on water temperature.

For sea turtles, increased ocean temperature causes a shorter winter season, which alters migratory departure cues they rely on to migrate to foraging and breeding grounds.

Temperature variation may lead to exhaustion. Strong shallow water currents affect the speed and energy cost associated with each turtle’s journey, as well as the availability of food sources like plankton and jellyfish. An increase in ocean temperature can alter the flow of these currents.

Ocean temperature and underwater currents are also closely tied to seasonal wind patterns, so changes can cause disorientation. When displaced from a known foraging ground, some species have been observed to rely on environmental cues such as wind strength, direction, and turbulence combined with geomagnetic mapping to navigate back on course.

If wind patterns continue to fluctuate, the wind-born information might lead the turtles to an unfamiliar destination.

As far as map-reading is concerned, animals use multiple intricately linked seasonal cues, and the degradation of even a single environmental cue (such as ocean currents or altered weather patterns) can have detrimental consequences for a small migratory population.

Allison Carmen is an infrastructure finance specialist with the Island Institute, publisher of The Working Waterfront. She travels the coast and works to aid communities investing in infrastructure (clean energy, broadband, working waterfronts) and small business owners. 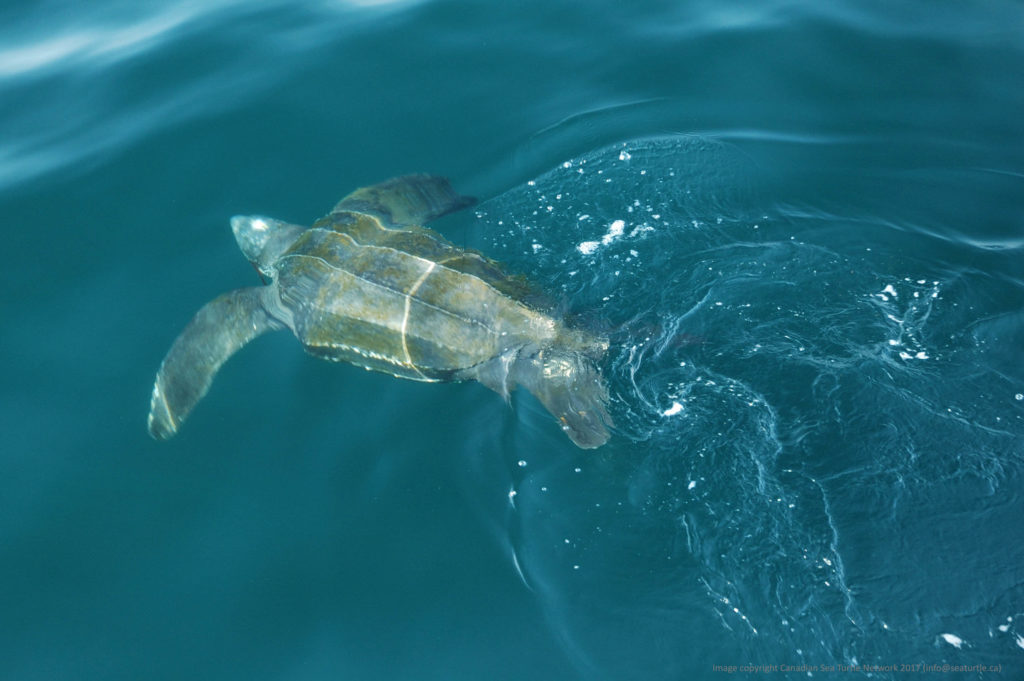