In the last issue, I wrote affectionately about my first Volkswagen camper, a 1966, and I ended that column with a reference to the 2002 Eurovan my wife and I now own and to the beginnings of our most recent road trip, which began on Sept. 29 of last year. Alas, I have some related stuff to get off my chest before we get to 2017.

The first camper, the 1966, had a name. It answered to Opie which was an acronym for Othney Phelps Birch, an obstreperous lieutenant we all found troublesome, and who, once, in a fit of frustration, punched me in the mouth.  Unfortunately for him, he did so in front of our commanding officer who frowned on officers punching enlisted men.

I wish I could say I treated Opie nearly as well as it treated me. Whoever sold me that vehicle should have seen right away that I was not mature enough to take care of it and turned me away.

In December of 1966 I began driving from Florida to my Vinalhaven home for the holidays. By the time I got to Savannah I was popping NoDoz and who knows what else.

In North Carolina a state trooper whose vehicle was camouflaged by a billboard inviting us all to attend church, whipped out from his hiding place and pulled me over. Opie topped out at around 60, so I suspect my capture had more to do with the reputation that attached, back then, to Volkswagen campers, to their likely occupants and to their equally likely behavior and politics.

The trooper told me I’d been speeding and that I could pay the “fine” to the clerk, who was stationed in the back seat with an improbable cash register, or be taken into custody and brought downtown. I paid the fine.

About 24 hours after I left Florida I arrived in Hartford, Conn. on Christmas Eve morning to rendezvous with a recently discharged buddy and he joined me for the remaining five hours it took to get to Rockland. After a little nap during the ferry ride, we drove off on the island side, drove around behaving badly and, around nightfall, finally crashed into an island pick-up truck. No one was seriously hurt but the van was badly damaged and Christmas pretty much ruined.

I left Opie on the island, having made an appointment to have the damage repaired and flew back to Florida. I shipped out shortly thereafter but when I was discharged in October, I came back to the island, picked up the van and drove it to Hartford, where I’d secured employment.

The van lived with me there in Connecticut without any more road trips, without much attention at all, fell victim to vandalism and disuse and eventually I got rid of it, resolving to get another one someday after I’d really grown up and to take better care of it than I did Opie.

That process—growing up—took about 40 years. Elaine and I bought a second-hand Volkswagen Camper. We got a little use out of it, and took a few camping trips before retiring it a few years later. I was grown up but still wasn’t ready.

A couple of years ago we began talking about finding one again and soon became enchanted with what we’d read about the Eurovan Full Camper, which had been out of production since 2002. I looked everywhere on-line for months, finding nothing within a thousand miles. Elaine went on line once and found a 2002 for sale in New Hampshire. We went to look at it.

When he’s not traveling, Phil Crossman lives on Vinalhaven where he owns and operates the Tidewater Motel. 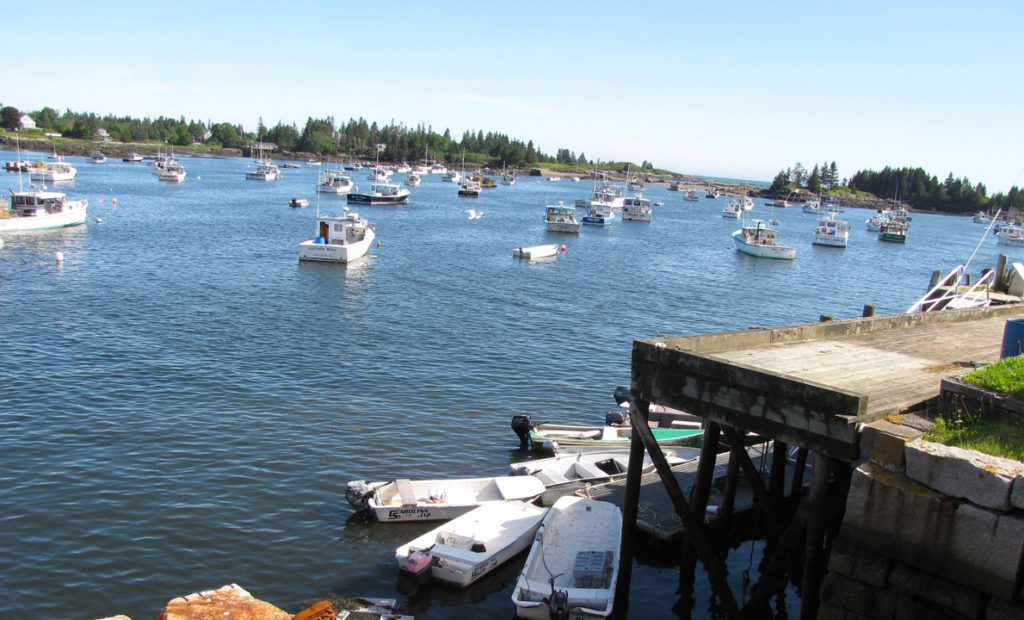