Phil Crossman has a new book out called Observations: A Maine Island, a Century of Newsletters and the Stories Found Between the Lines. His name and writing will be familiar to readers of The Working Waterfront and Island Journal over the years as well as his popular book, Away Happens (a literary success, nothing to do with its cover photograph of a barely life-jacketed man).

For readers looking to indulge their “a-Phil-iation” with a crackerjack storyteller, humorist, historian and pundit, this is your best opportunity yet: a book that is in part a history of Vinalhaven as well as a compendium of many of Phil’s finest columns first published in the island’s homegrown (homeblown?) weekly, The Wind.

The book begins with selections dating back to 1883. When we get to the 20th century, the name Crossman begins to appear in bylines—initially that of Phil’s mother Pat, also a writer, who grew up on the island. Phil’s own column of “Observations” appeared sporadically for awhile, no doubt competing for his attention with other jobs like carpentry, running a motel and operating a bread/cheese/spirits shop.

Vinalhaven has never lacked for intelligent, concerned and articulate citizens and their voices resonate on these pages, too. Some share childhood memories or, with a contemporary focus, express their concerns for the island’s present and future.

But it is Phil’s vision and voice that give this book its heft. And needless to say, this is heft with humor. I have always looked forward to reading the newest edition of The Wind, anticipating I may well get a laugh-out-loud moment (or more) with Phil’s column.

I should say that the book is a Herculean undertaking: for Phil and the Vinalhaven Historical Society, as well as readers. It is a 338-page oversize paperback, and while there are some illustrations, most of its pages are crammed with stories, the bulk from 1974 on.

I can also note that, perhaps spoiled as a regular reader of The Wind since my landfall on Vinalhaven in the early 1980s, I miss the organization of writing as done in that publication. In this book, I was sometimes left a bit confused about who wrote what, where one piece left off and another began, or exactly when articles were published. The newspaper itself uses boxes, lines and little drawings to make boundaries clear. That, or different fonts, could have been helpful here.

On the other hand, as an immersion into the author’s interaction with primary sources, it’s a kind of pure psychological experience.

Phil’s essays capture the traditions of the island, its idiosyncrasies, its colorful “characters,” and neighborhoods past and present. He is enthusiastic in his appreciation of the island’s young people, as well as doting as a grandparent.

We also see him admitting some challenges. He is suspicious, for example, of joining in his neighbors’ friendly croquet games, certain he is “fodder.” He describes his wife Elaine, an artist and gallery owner, tolerating his own aesthetic limitations. He is impatient with inefficient, nonsensical government policies and practices. He—a veteran—passionately opposes senseless war, and as a volunteer and sometimes town official, passionately supports community services for those in need of help.

He suffers poor quality beer on the island, rigged duck races, vandalism, trash along the roads and beaches, and a lack of interest in elected offices, but celebrates the high caliber of local theater and music (including that of his a cappella group, Phil ‘n’ the Blanks), the occasional martini tasting, and those who work to preserve the island’s beauty.

Some recent writing resulted from a challenge he gave himself: to circumambulate Vinalhaven’s coastal edge, walking around the island at low tide in stretches over the course of a few years.

Phil Crossman may say he is lucky to live on Vinalhaven, but surely islanders say the reverse—we’re fortunate to have him. He writes about a resident acclaimed for her baking skill and generosity, saying that by virtue of her annual bestowal of coffee cakes alone, she is a “gift to us all.” Truth is, the same can be said about Phil, even if in comparison he doesn’t come with any sugar coating.

Observations is a publication of Talking Crow Press, Vinalhaven, Maine. The book, with a cover illustration by island artist Chris Clarke, is now available at The Tidewater Motel and the Paper Store, both on Main Street, Vinalhaven, and on the Amazon website. 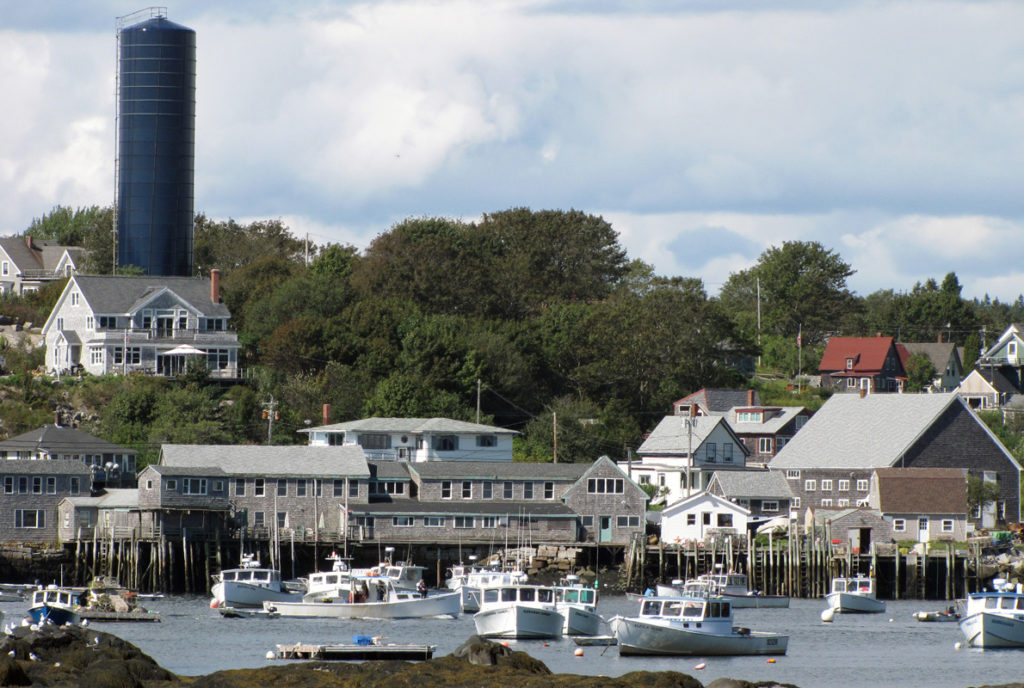