You know the image.

Prints have been sold on every continent but Antarctica. And you know it because it tells a story, a story that resonates both with those visiting our state and those who have lived here for generations.

“Pentecost,” as Peter Ralston called the photograph he shot that day on the water off Tenants Harbor in 1980, didn’t need any more accolades, but it received a prestigious one, earning Down East magazine’s top honor in its list of the most iconic photos of and from Maine.

Ralston, a co-founder of the Island Institute (publisher of The Working Waterfront), is also known for his photographic work in over 30 years of Island Journal, also published by the Institute. “Pentecost” graced the cover of the first Island Journal in 1984. 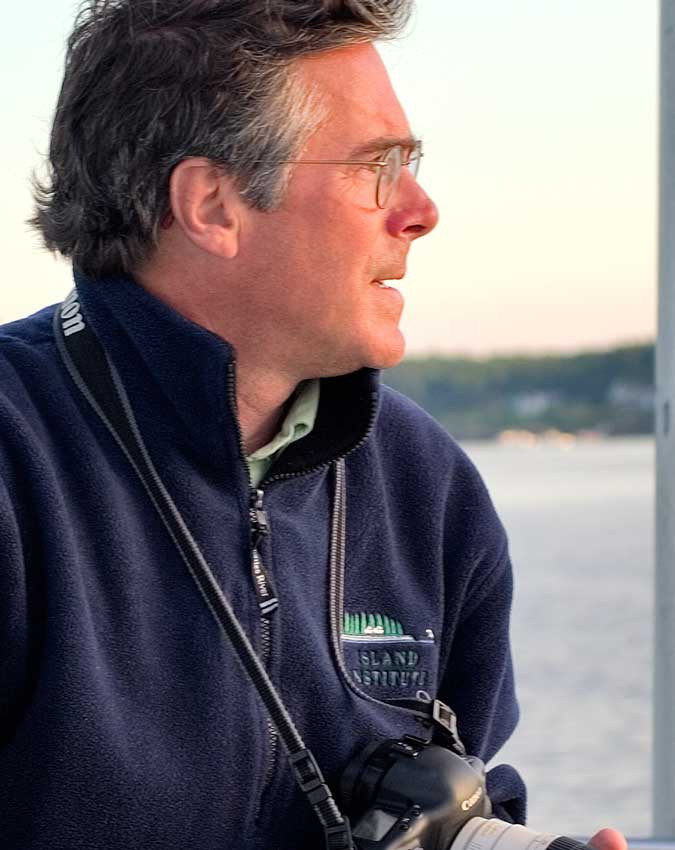 “I’ve always had a foot in two worlds,” Ralston, 66, said while reflecting on his career in his Rockport gallery. “One foot is in the fine art world, and the other is in the photojournalism world.” He has shot for dozens of publications, including Life magazine and National Geographic.

Ralston grew up next door to Andrew and Betsy Wyeth in Chadds Ford, Penn., and it was they who first brought him to Maine in 1978. He often speaks about the Wyeth influence on his work, and the stark, spare and quiet nature of Ralston’s pictures do recall the painter’s work.

“I hear Andy’s voice in my head, telling me, ‘Do what you love.’ What I love is this coast and its people.”

Having shot in Chesapeake Bay and the Gulf of Mexico, places where traditional coastal life had begun disappearing, Ralston was smitten by Maine.
“I realized how incredibly rare what we have here is,” he said, “and it’s been homogenized in much of rural America.”

He also speaks of the struggle to avoid making pretty, postcard-like images, which Maine’s maritime landscape offers up at every turn.

“I try to make images that tell stories, often through metaphors,” he explains, “without being precious about it.”

The making of “Pentecost” in 1980 is itself a story. Ralston and Philip Conkling, the Institute’s other co-founder, were developing a management plan for Allen Island, which the Wyeths had recently purchased. The north end was cleared, and the idea was to use grazing sheep to keep the brush and saplings from returning.

The men borrowed Betsy Wyeth’s small open boat to head to Tenants Harbor to oversee the transfer of the sheep to the island.

“Boats are tripods to me,” Ralston said.

The captain of the Susan L., the boat in the photo, refused to allow the sheep aboard, so a dory was borrowed.

Following the Susan L. back to Allen Island, Ralston recounts:

“We ran into a fog bank … and all of a sudden the light went silvery—magical. I gave the helm to [Conkling], telling him that I was going up to the bow and he was to get me close to the port quarter of the dory. I kept yelling, ‘Get closer, get closer!’ We both knew that we had achieved maximum proximity when the bow of our boat slammed the stern of the dory a mighty blow. At that very second I managed to squeeze off one vertical frame,” which became “Pentecost.”

Last summer, Ralston traveled to Greenland and northern Canada, above the Arctic Circle, to photograph the rapidly changing marine world there. The journey charged him up again, he said; a collection of those images will be featured in the 2017 Island Journal.

Ralston says explaining the universal appeal of the image is difficult, and defers to what Down East magazine’s Brian Kevin wrote:

“’Pentecost’ manages to convey much of what’s integral to the Maine character: Our pastoral and seagoing heritage. A sense of Yankee grit and practicality, yes, but also adventure and ingenuity. There’s a trace of the sacred in it—in the light, in the title—plus a hint of the absurd, the faintest whiff of the freewheeling nature of that day at sea. You pause to admire this photo, and you know there is a story behind it.” 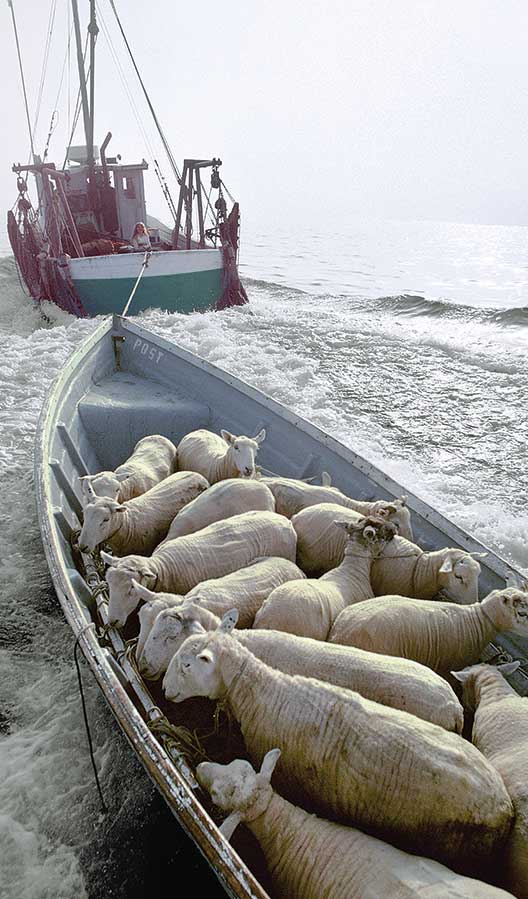