The comment was poignant, maybe reflecting resignation, maybe reflecting sadness. A native of Lubec, speaking about the changes she’s seen since her days working in a sardine packing plant ended years ago, described a community where she no longer knows most everyone. The Lubec of years ago was a place where the kids she went to school with stayed in town as adults, and fished or ran marine-related businesses. They weren’t rich, but they got by, and they felt their town was home.

Today, many of Lubec’s businesses are owned by people who moved from hundreds of miles away. They love its scenic beauty, want to bring arts and culture and fine dining to town, but may be unaware of local traditions and the struggles of working class folks.

“It’s not bad,” the woman said, remarking on the changes. “It’s different.”
Reading between the lines, we can speculate that she was being diplomatic. When she and her contemporaries don’t have the money to start their own businesses, and the resource-harvesting work that supported the local economy for centuries is either in decline or pays little, it is bad.

But resisting or resenting these changes, often wrought by people who accumulated wealth in other states, is not the way forward.

In the Midcoast region—the towns between Brunswick and Bucksport that touch saltwater—people born out of state now outnumber those born in Maine. Evan Richert, former director of the Maine State Planning Office, said the region hit that demographic turning point several years ago.

In a 2007 telephone survey of the Midcoast region, Richert found that about 20 percent of those new folks were summer residents of Maine before becoming permanent residents. More than half of in-migrants were age 45-64, while just 38 percent of native-born Midcoast residents were in this stage of life, which Richert said is associated with peak earning power and community involvement.

So yes, Lubec and other towns in eastern Washington County are different. And if the population trends that seem to ride up the coast from the south eventually hit that region, those towns will be even more different.

Rather than resist or even just lament the changes, multi-generational locals must embrace the newcomers.

There’s a certain historical symmetry to this trend. During the Gold Rush of the late 1840s and early 1850s, Maine saw large numbers of residents leave for the West Coast. After the Civil War, many of those who fought did not come home to Maine or soon left for what were literally greener pastures in the Ohio River valley.

Now coastal Maine offers a sort of gold in its quality of life. Land is still affordable in Washington County’s waterfront towns, and that means those in early middle age have some money to invest after buying property there.

As long as the newcomers respect local traditions and heritage, and work to build consensus among natives as they try new approaches to solve old problems, they should be welcomed. “Different” can be better. 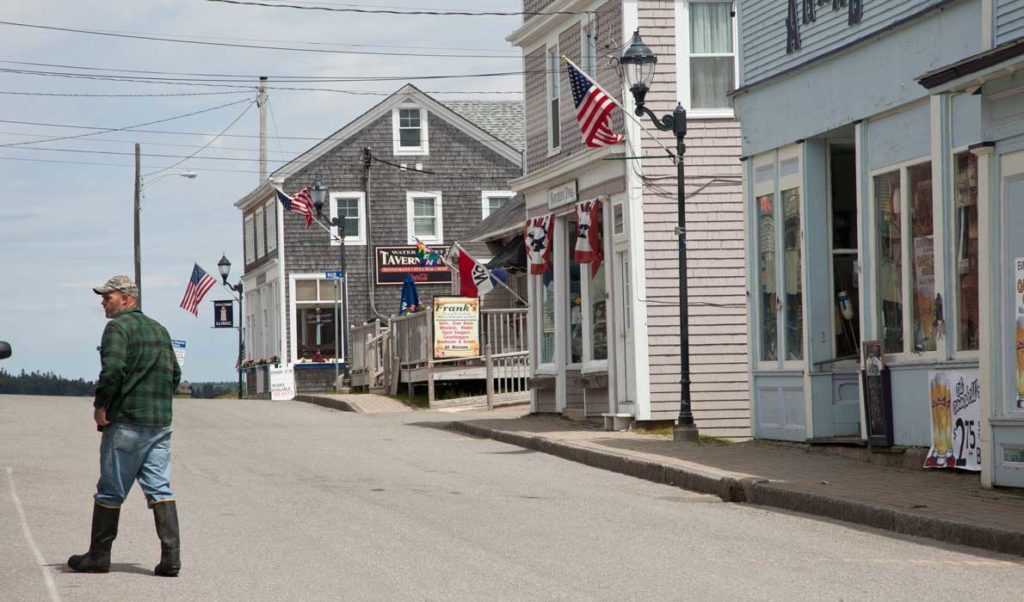 A street scene in Lubec.