Last year was disappointing for the lobster fishery, with many fishermen estimating their earnings down an estimated 20 percent to 30 percent compared with 2016. But a look at the longer term picture reveals the lobster fishery as bountiful over recent decades, making it unique both within our own history and compared to fisheries around the world.

It is a natural tendency in any culture to lionize the good old days, and we do this with our fisheries here in New England. It is true that cod and other fish, shellfish, and marine mammals supported lucrative fisheries for Native Americans, then for colonists, and later for immigrants to our region. It is also true that we have serially depleted the bounty of almost all of these animals, catching as many as we possibly could, usually driving populations to commercial extinction, which is defined as the level at which they can no longer be fished economically.

There is one aberration to this pattern—the American lobster. Due to conservation-minded fishery practices, a durable physiology, and warming water temperatures, which we have written about before, the lobster is a glorious exception to the rule.

The dollars and cents in this case tell an eye-opening story. Dr. Bob Steneck, marine ecologist and professor of marine science at the University of Maine, shared a historical analysis at the Penobscot Bay Watershed conference in 2016. He found that the value of marine resources landed in Penobscot Bay ports has increased by ten times since the late 1800s.

The current lobster boom is not only singular within our history, it is also highly unusual anywhere on Earth. According to Steneck, “No species known on the planet that has been targeted for 150 years is doing better ecologically today than it has ever done before, except lobster.”

For the last decade, lobster has provided plenty of jobs and an estimated $1.5 to $1.8 billion of economic value for our coastal and island communities. According to the Island Institute’s Waypoints publication, three Maine communities—Rockland, Vinalhaven, and Stonington—landed $114 million worth of lobster in 2015. This is almost as much as the total value of commercial fisheries landings from Rhode Island, Connecticut, and New Hampshire combined (a total of $123 million), according to NOAA. The coast is not facing the high levels of unemployment and lack of economic opportunity that is plaguing isolated, remote communities in other parts of the country.

The Island Institute’s community research team recently worked with Dr. Josh Stoll, assistant professor at the University of Maine, to analyze demographics of lobster license holders in the state, which will be published later in 2018. One early finding of this work is that 26 percent of Maine commercial lobster license holders are under 25 years old. This is due in large part to the open access to the fishery for young people through the student license program. Young people start fishing in elementary school, and by middle school and high school can be operating businesses with half a million of capital investment in traps and a boat. Some young captains earn more money each year than their school teachers.

So how long will this bounty continue? We know the sweet spot for lobster habitat is moving north and east as water temperatures rise. As it has for the last few decades, it is projected to continue to do so.

Ultimately, lobster will be happier in Canada than off the Maine coast. When that happens, we can expect new species off our shores—squid, black sea bass, eventually even blue crab. The billion dollar question is whether the new species mix will provide enough value to make up for what lobster provides today. 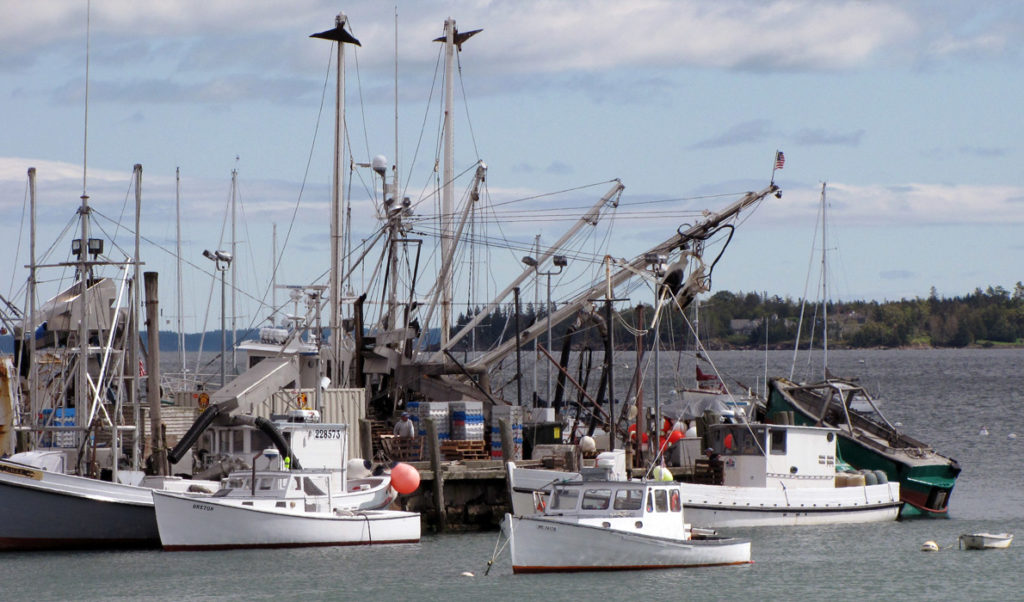