In it, he wrote: “The Island Institute supports renewable energy development, provided that projects are appropriately sited and that benefits outweigh costs to impacted communities.”

The MAV project fails on both counts.

The initial concept was a one-eighth scale floating turbine for two periods of five months each. Now it is two approximately 600-feet-high industrial turbines for at least the next 20 years. The only complete impact study done to date was based on the much smaller turbines. Talk about “bait and switch.”

And to fully understand the impacts to Monhegan, you have to appreciate why this island community is such a special place. Just a few examples:

For many of us, Monhegan is simply home. It is where we have very deliberately chosen to live, work and raise our families. So, when one of the other possible test sites was Boon Island, which is described in Wikipedia as “a barren piece of land 6 miles off the coast of York…,” it is hard to swallow that this project is appropriately sited next to Monhegan.

And how is the Institute measuring benefits for impacts?

Mr. Snyder mentions a cable at potentially zero cost. That is misleading, as there will be many costs. The cable was written into a 20-year term sheet in December 2013, without Monhegan having any legal representation in the process and prior to the Monhegan Energy Task Force being sanctioned to speak on behalf of the community.

The agreement’s wording is loose with such phrases as, “MAV will pay the commercially reasonable costs…” And another section on compliance with local benefit obligations requires a law degree to understand what is written and what it means.

Moreover, we will still be paying a lot for electricity—no definitive numbers have been presented. And what happens to our infrastructure if our system is too stressed from an increase in electric use? We will still have to maintain our new energy efficient and emission-compliant micro turbines. During the winter months, we will still be forced to keep at least a month’s supply of diesel on hand, should anything happen to the cable during those months.

We all agree that we should be moving toward clean energy. We also believe in conservation. On Monhegan, we pay $0.70/kWh for electricity, so we have to conserve. But what is proposed is only a short-term solution, a 20-year vague commitment that does nothing to foster the future, long-term sustainability of island life.

Finally, there is hardly overwhelming support for the MAV project. As of this writing, Protect Monhegan has the support of over 50 percent of Monhegan’s registered voters who agree with our efforts to move the test site through legislation.

Mr. Snyder is right when he writes, “It doesn’t take much of a fight to unravel the social ties that allow a small and remote community to function,” and there is no question that this project, backed by $48 million in taxpayer funds and two of Maine’s most powerful companies, plus our largest public university, is tearing into the fabric of our beloved island community.

No one disagrees that Monhegan is a unique place and one of the most iconic islands on the Atlantic coast. The MAV project will forever change our island, and whatever short-term benefits we might receive will be more than offset by the irreparable damage it will do.

This project must be moved to another location and we hope the Island Institute and its members will support our efforts to make that happen.

Travis Dow is a resident of Monhegan and a co-owner, with his wife Angela Iannicelli, of Monhegan Trucking. He is the president and founder of Protect Monhegan, a group of island citizens, seasonal residents and others who are working to move the Maine Aqua Ventus wind turbines farther away from Monhegan Island. 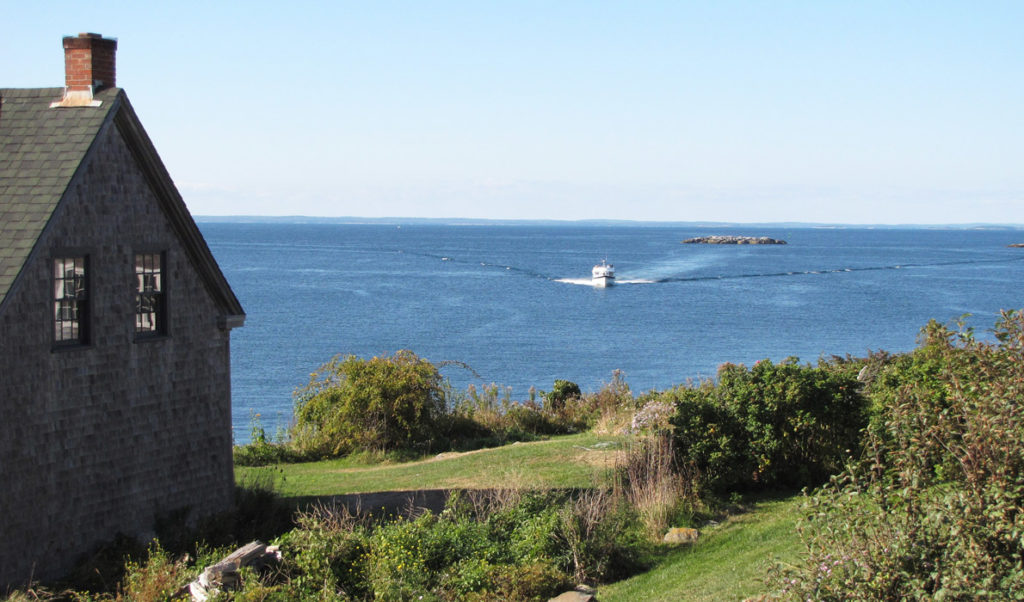