In March of 1993, the U.S. East Coast experienced what has been called the Storm of the Century. This category 5 storm created havoc with high winds and coastal flooding, dumping up to 20 inches or more of snow across much of New England, resulting in deaths from Florida to Maine. It was the kind of event that changed lives, including 10-year-old Massachusetts native Keith Carson’s. From then on he was hooked on weather.

As viewers of WCSH-6 local TV news broadcasts know, Carson has returned after spending three years with the Weather Channel. Prior to his stint with the national network, he spent three years in WCSH-6’s weather office, gaining a reputation, as he says, for being a “weather nerd” and enthusiastically sharing his passion with viewers.

Since his return in August, he inevitably gets button-holed by curious Mainers, he said. “It goes like this: ‘Welcome back!’ And then half the time it goes: ‘So did you leave the Weather Channel or did they …?’ Mainers are very blunt,” Carson chuckled.

So, for everybody wondering why did Keith Carson leave the national market and return to Maine, here are the answers—and of course, some discussion of the weather. The interview was edited for length and clarity.

WW: I have heard you say that you wanted to come back because you wanted to start a family with your wife. You did the national market thing and now there’s a little more movement at channel 6 …

Carson: [WCSH-6] did that independent of me. My wife and I are at the stage where I think we’ll probably have a child at some point [soon], but [leaving the Weather Channel] was more a lifestyle thing. I said this is a great experience and they definitely have some resources that local markets—even big ones—can’t compete with, such as wardrobe allowances and all that stuff.

The night before I left, I had dinner with the president of the Weather Channel and he’s the guy who came and got me originally. He was like, “You know it’s a bummer you don’t want to stay.” I told him “Look, you guys aren’t doing anything wrong as a network. That’s how you have to operate. It’s just not how I want to operate my life.”

We’d talked to a station in Boston as well, but that was still a lifestyle thing because big markets have different demands. The price of living in Boston is tremendous. So [Portland] was a great balance of a place we knew we liked and people I knew I liked—the particular station—and being able to have a more laid back life and still do what you want to do.

WW: You did a lot of traveling with the Weather Channel.

Carson: Yeah. That wasn’t originally part of the plan. When I got there, they only really had two or three guys they were sending out. We got a new vice president and her initiative was “We need to be out in the field more.”

Basically, I started going out and they liked it and that kind of snowballed to the point—there was one stretch it was 30 out of 33 days I was not home.

WW: One of the things I have found very disconcerting since you’ve come back is that you’re no longer wearing glasses. When you went to the Weather Channel did they say, “OK, we need to glam you up or whatever, because you’re in a different market?”

Carson: Actually, before I left [WCSH-6] I started doing that. It kind of started with my wife, frankly. She was like, “I just think you look different [without the glasses].” I do wear glasses. I use them when I use the computer, so it’s not like they were prop glasses. But she felt I looked like a different person with them on.

I have a couple of mentors who have been on national TV for a long time and they’re friends. In short, they said get rid of those glasses because while it may play where you are right now, it’s going to make X amount of hiring people turn your tape off right away. When I went to the Weather Channel, they hired me without the glasses, so that’s how I went. They did have image people, they had style consultants. Frankly, I think I was progressive enough that they didn’t do much with me. They kind of said “OK, you’re already wearing the thin suits, so it’s OK.”

WW: How much does the on-screen image play into your job? It sounds like it plays into it a lot.

Carson: I think it’s huge. Most of us have the same degree—a B.S. in meteorology—so the only thing that differentiates is just how you are on camera, really. When you’re looking for a job, I would say most hiring managers won’t even read your actual resume. They’re just watching. They just want to see “Does this person seem friendly? Do they seem knowledgeable?”

I feel like you just have to be yourself. If yourself is really friendly, great. If it’s a little snarky, that’s OK too. And that’s something I kind of did. I am not always the friendly, jolly TV person, but it seems to play OK because people get that that’s what I’m actually like.

WW: Personally, I think how genuine you seem on screen is important. Are we watching an act or are we seeing some of who you are? In a smaller market like this—my opinion—I think that’s really important.

Carson: I don’t think it’s just market based. I felt that at the Weather Channel that the people that have made it are genuinely passionate about it. Jim Cantore is a guy [who] gets as excited about the weather when we’re texting back and forth as he does on TV. It takes longer to get traction in the national network because the viewers don’t watch every day.

WW: You’ve done forecasting for energy traders and the aviation industry. I don’t think people think of weather forecasting being different for different groups of people.

Aviation is safety and fuel efficiency. So you basically box out these areas and they basically tell pilots you may or may not want to go through this area— thunderstorms, things like that.

There’s a lot of specific kind of forecasting. There’s a private weather company out there that forecasts for yachts.

WW: For what you do here in Maine there is a marine forecast—so do you combine the general forecasting with a little more niche forecasting?

Carson: Yeah. The marine forecast we actually try to cover as broadly as we can, but even within that I would argue that if you’re going to go out on a lobster boat, you’re probably doing some of your own research, too.

We base it on the Midcoast, but the truth is the difference between Casco Bay and Downeast can be pretty gigantic, depending on the day. So we just try to give them a general idea. [Mariners] are pretty savvy. Most people who run a boat on a daily basis have a real good idea of days to go in and days not to bother.

WW: I’m assuming the weather can be very different close to shore versus X number of miles out into the ocean?

Carson: We try to split the difference on that. We base it off this buoy that’s under five miles away. If you go into the middle of the Gulf of Maine, it’s going to be a lot rougher.

We’ll get a little more specific if it seems like it might be something that might be sneaky. Like when there was a hurricane way off the coast about a month ago—Gaston. It was really far away—like 2,000 miles away—but there were really big swells. So in that case we did spend a little more time on the marine forecast because we felt people might look and it’s sunny out and think there won’t be big waves. 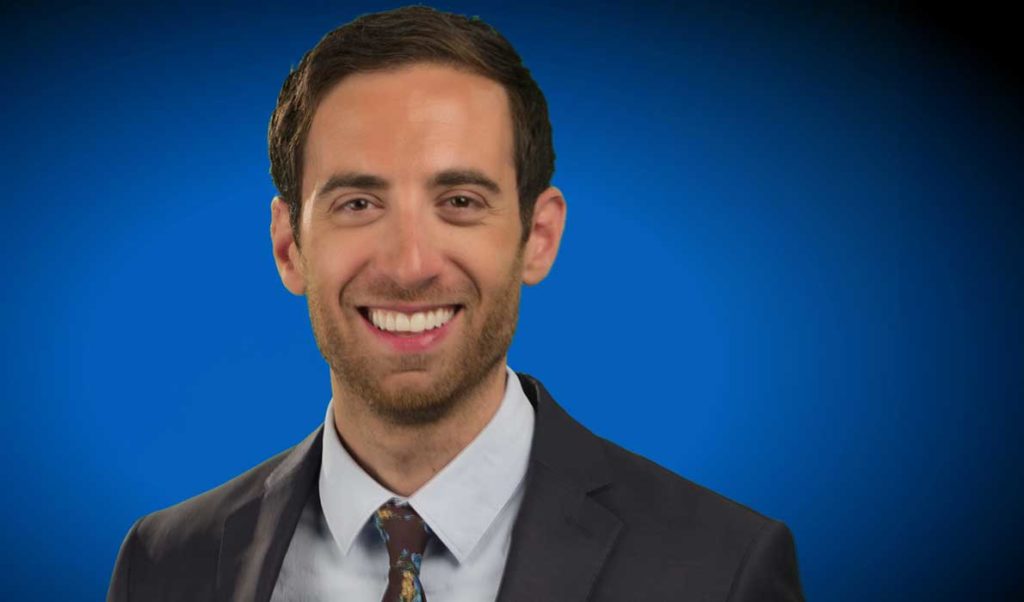