On April 1, Jay Carroll of Southwest Harbor stepped into his new role as chief of the Maine Marine Patrol. He replaced Col. Jon Cornish, a 34-year veteran of the service, including four as colonel.

Carroll is a 23-year veteran of the service, serving as a field sergeant in Hancock and Washington counties, boat captain in Knox County, and officer in the Port Clyde patrol area before becoming lieutenant of Division II, which stretches from Searsport to the Canadian border, in 2014. Carroll has a lifelong connection to the service: his father was also a Division II lieutenant, and other family members served in various capacities.

Carroll has had a non-stop schedule since taking over the top spot. But he took a few minutes to share some thoughts with The Working Waterfront.

The Working Waterfront: How has the service changed over the years?

Jay Carroll: The changes I have observed over the course of my career mostly involve technology and equipment. Marine patrol’s primary mission is much the same as when I was hired in 1996. Our officers work closely with members of industry to solve problems, protect sustainable fishing practices, and to maintain compliance with the laws and regulations established to protect our coastal fisheries. That being said, the equipment issued to our field officers has drastically improved over the last 20 years and has increased our operational abilities accordingly.

WW: How have the issues that the Marine Patrol deals with evolved in that time?

JC: Enforcement issues and priorities, for the most part, correlate to the current nature of commercial fishing activities along our coast. Outside of those priorities, the bureau has continued to adapt and address a variety of peripheral obligations with respect to maritime response.

A number of specialty teams have been created within the bureau during my tenure and these teams maintain specialized skill sets for the unique nature of their missions. As an example, marine patrol did not have whale disentanglement responders or a Maritime Security Team back when I was hired, but we do now.

WW: What has that meant for the officers who are out there dealing with things in a day-to-day context?

JC: Change can be both exciting and challenging. I think our bureau and personnel have embraced the challenges and changes that we have encountered over the years. Realistically, what remains most important to the effectiveness and success of this agency is that our officers are engaging industry members, building relationships, and earning the trust and respect of our constituents.

WW: What are the newer issues?

JC: The obvious challenges anticipated for the near future are protected species regulations, seaweed management, a growing aquaculture industry, lobster bait and, once again, lobster bait.

WW: What are your goals for the future?

JC: I need to roll up my sleeves and get to work. It will always be my goal to keep the bureau focused on our core mission of protecting the state’s marine resources and collaborating with industry to find common sense solutions to fisheries issues. 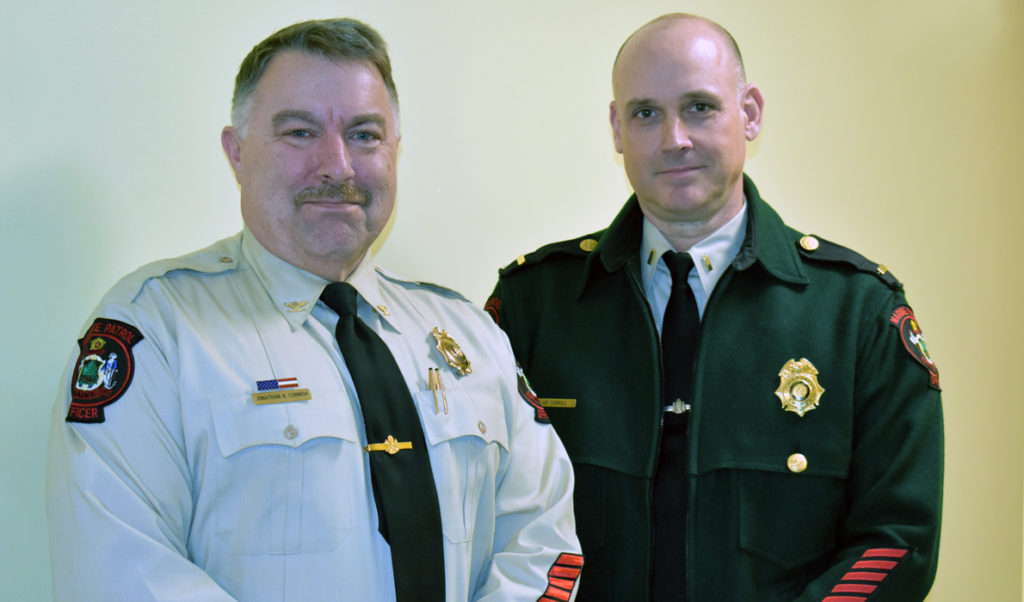