Sitka, Alaska is firmly anchored to the western shore of snow-capped Baranof Island. At just under 9,000 people, it is the fifth largest city in a state of 750,000. Alaska’s rural libertarian character echoes Maine’s.

A welcome dinner invitation immersed me among community members who had come together to share a meal and discuss their future.

It had been a beautiful day, the color palate dominated by the cold dark blue of sky and sea, cut by the stark whites and blacks of mountain ranges. The blazing white sun setting across the Alexander Islands that dot Sitka Sound illuminated dozens of whales spouts suspended in air traversed by hunting raptors.

Guests arrived throughout the evening, crossing the threshold from darkening skies to warmth, shedding hats, gloves and boots. Together we would enjoy the spoils claimed by island hunters and fishermen. Venison stewed and sablefish tips marinated while cast iron pots raised homemade bread.

It was a generous setting, an island setting. The log home’s kitchen would grow to accommodate all who came.

Across the lower 48, consumers thrill at pumping their cars full of $2.50 per gallon gasoline. Falling oil prices trail decreased demand in Europe and China, while OPEC countries increase supply. But depressed global oil prices lead to declines in state revenues gleaned from oil fields in Alaska.

In 2012, taxes on Alaskan oil field revenues contributed to more than 90 percent of Alaska’s general fund; that’s more than $8 billion! If the national average cost per barrel for oil were to stay at $50 through next summer, Alaska could lose more than $3 billion in revenues, a crippling decline.

Oil revenues have allowed the state to subsidize many aspects of remote life since the 1980s. Education, transportation, economic development, the arts, telecommunications—you name it, they’ve benefitted from oil money.

Alaska is facing down a serious curve ball, and it is going to be important that people pull together to decide how to hit it.

One interesting outcome of all of the oil money is that Alaskan voting ballots don’t contain state bond questions. Few Alaskans are aware of how this form of state funding works, while in Maine we had seven bond questions on the November ballot to support public investments.

The dinner discussion circled around what this will mean for small communities. Remote communities, they fear, may not be able to survive without oil-driven state subsidies. Alaskan infrastructure, built on an increasingly unpredictable oil economy, will decline. For the first time in many years, community leaders are contemplating a future defined by scarcity rather than plenty.

Mainers know something about living with scarcity. We struggle with how to fund our schools, attract and retain young families, build affordable communities, stabilize energy prices and broaden our community economies.

The dinner table discussion circled around a theme of trying to understand “what’s worked” in Maine. How has Maine managed to place a priority on sustaining rural communities? In a room full of storytellers, there was an interest in Maine’s stories.

Herein lies an opportunity to broaden our relationships, share our stories, to help Alaskan communities understand what has and hasn’t worked in Maine. In return, we will learn from their innovations as they work through the difficult years ahead.

Friends and neighbors acknowledged that the communities in Southeast Alaska need a common communication vehicle that would make it easier to see that the water connects rather than divides them. They imagined a coalition similar to the Maine Islands Coalition.

It’s far too early to say where this discussion could lead, but it will continue. It has to. Alaska’s island and remote coastal communities face incredible challenges. The opportunity lies in sharing our stories, our solutions to sustaining communities.

Rob Snyder is president of the Island Institute, the publisher of The Working Waterfront. Follow Rob on Twitter @ ProOutsider. 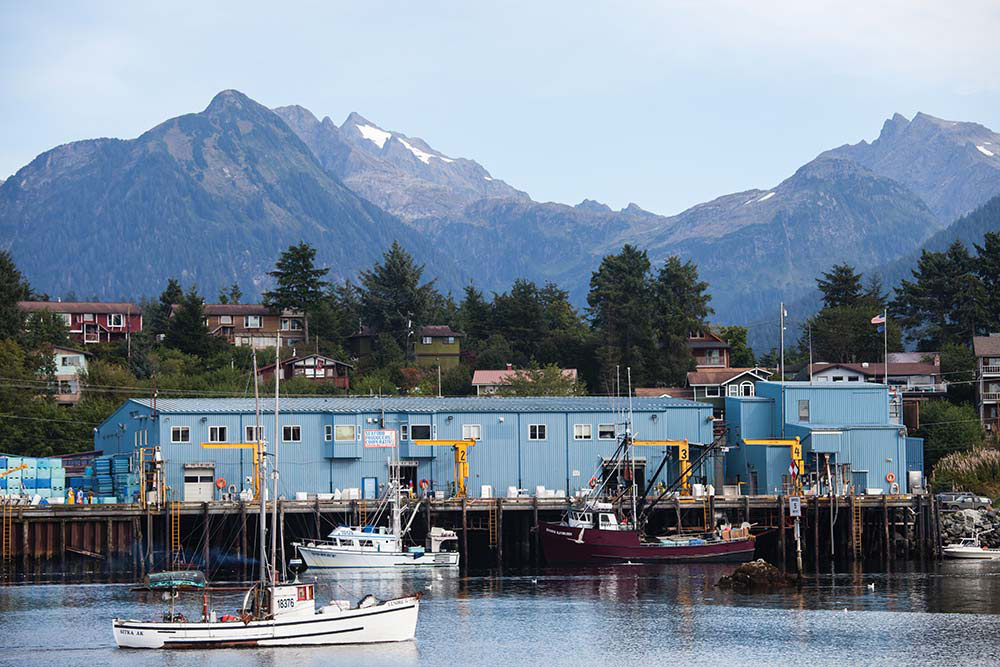