It will be a spring like no other in the small oceanside community of Ogunquit, after voters passed an ordinance in November banning the use of non-organic pesticides and herbicides on private lands.

Voters passed a similar ban on synthetic pesticide and herbicide use on public lands in 2009. The new private-use ban went into effect Jan. 1, making Ogunquit the first Maine municipality to require landscapers and landowners to find organic lawn care solutions.

Such a change in lawn care management didn’t happen overnight, said Michael Horn, chairman of the town’s conservation commission. It’s been a prolonged, but civil debate, he said.

“It’s been a four- or five-year process, and not with a tremendous amount of negativism,” Horn said.

The 2009 ban that covered public land passed with a large majority, but a private land pesticide use ban fell just six votes short in 2013, with many voters abstaining.

Commission members believed educational outreach was needed to address voter questions, according to the commission website. The ordinance was rewritten to allow clear exceptions to the proposed rules, including when combating invasive species or poisoning vermin, for example. Extra time was given before the ban would go into place to allow landscapers to adapt and learn about organic lawn care.

And the ordinance indicated that enforcement would mainly be on the honor system and with an educational focus.

Horn said it was important that the commission explained its reasoning for such a ban, and so committee members and advocates communicated with the public on what is sees as the threat of waterway pollution that would lead directly to the Gulf of Maine. Residents supporting the ban also spoke out about health problems that came with allergies to commercial pesticides and herbicides.

“Basically, what we’re trying to do is serve the public by protecting the health of the public,” Horn said.

There was some pushback on the ordinance leading up to the vote. A few landowners objected to government regulations affecting their rights, while some landscapers voiced concerns on how the ordinance might affect their livelihoods. Most notably, Ogunquit voters were given fliers, handed out without a permit, by a national pesticide trade group known as RISE (Responsible Industry for a Sound Environment) opposing the ordinance. But overall, Horn said, opposition to the ban was muted.

Repeated attempts to contact RISE and the Maine Landscape & Nursery Association for comment on this story were unsuccessful.

The measure actually was passed twice by town voters in 2014. The first ordinance was overturned by the Maine Board of Pesticide Control because the board was not correctly notified of the vote. With this technical hurdle fixed, it passed with an even greater majority in November 2014.

Many Maine coastal communities have some pesticide and herbicide restrictions that are stricter than the state’s ordinances, according to the Board of Pesticide Control’s database. Wells, Brunswick, and Castine restrict pesticide use in aquifer regions, while Wayne prohibits pesticide storage in its shoreland zones.

Rockland bans chemical pesticide and herbicide use on town land, Southport bans its use on state or commercial land, and Owls Head has a brief ordinance that outlaws “the use of defoliants and [prohibits] all roadside spraying with poisons.” Harpswell prohibits all pesticides that are “insect growth regulators” and any insecticide that is labeled to be harmful to aquatic invertebrates. The only island community on record with a pesticide or herbicide restriction is the Cranberry Isles, which requires a permit for forest pesticide use.

Maine is one of seven states that allow local municipalities to trump state rules on pesticide and herbicide use, as long as those ordinances meet minimum standards. Henry Jennings, director of the Board of Pesticide Control, who declined to comment on specific ordinances, said in an email interview that more restrictive local measures would stand as long as there was no obvious conflict with state or national laws.

“BPC cannot and would not overrule a community on such ordinances,” Jennings said.

However, the board has been known to resist restrictions on pesticide use, said Jay Feldman, executive director of the national non-profit Beyond Pesticides. Gov. Paul LePage’s administration came under fire from organic farmers and some health advocates in 2011 when it moved to streamline the database of those who wanted to be notified of local pesticide use, for example.

“The truth of the matter is that the Maine Board of Pesticide Control has been extremely defensive of pesticides registered for use in the state,” Feldman said.

The Supreme Court has ruled in favor of the legality of more restrictive local ordinances, said Feldman. Still, there are often bills in Congress that would curtail the power of municipalities to trump state or federal law on pesticide and herbicide use, he said.

Ogunquit is one of just two communities that currently restrict non-organic pesticide and herbicide use on private land; the other is Takoma Park, Md., according to Feldman. Many communities have contacted the Ogunquit conservation commission for guidance now that the ordinance has become law. 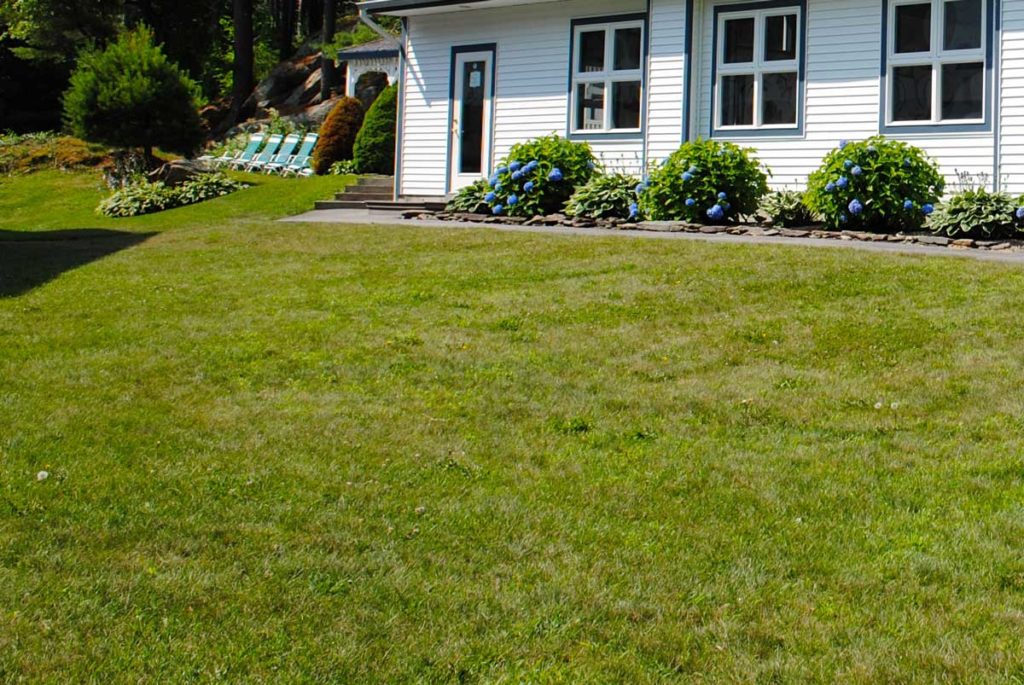 The tenuousness of wild places