A diverse group of marine-oriented businesses, hundreds of marine scientists, aquaria, faith-based organizations, conservation organizations and members of the public are calling on the Obama administration to designate the Cashes Ledge Closed Area in the Gulf of Maine and the New England Coral Canyons and Seamounts off the coast of Cape Cod as the first Marine National Monuments in the Atlantic.

These places are fragile and in need of full protection from human threats. In September, more than 600 people joined us at a sold-out event hosted by the New England Aquarium and National Geographic Society where scientists and others with firsthand knowledge of these special places discussed why they are unique treasures that we must protect for future generations. More than 160,000 people have electronically petitioned the president for monument protection.

America has a long tradition of protecting our remarkable natural heritage and biological bounty. In contrast to our public lands and the Pacific Ocean, where very large areas have been protected, there are no areas in the U.S. Atlantic that are fully protected from commercial extraction. We have a historic opportunity to change that for the benefit of generations to come. But why monument protection?

Since the Antiquities Act was passed in 1906, almost every U.S. president has designated special natural and cultural places with this highest form of protection. It is the only viable process for recognizing and protecting the special scientific importance of these areas.

Scientists say that large-scale marine habitat protection is necessary to increase resiliency in our oceans in the face of climate change and ocean acidification. Having some undisturbed underwater laboratories in places with diverse and abundant species and relatively pristine habitats, like the Cashes Ledge and the Canyons and Seamounts areas, will also be key in studying how—and how well—we are managing this already-changing ocean ecosystem. But these precious and irreplaceable habitats can only play that role when protected in their entirety.

Current protections by the New England Fishery Management Council are critical but not sufficient as they are temporary and only limited to commercial fish species, and any coral protections are only discretionary. A monument designation would expand existing protections to all sea life and make that protection permanent and managed by scientists and others with ecological and not just fisheries expertise.

Permanent closure will also benefit collapsed fish populations, which should be able to rebuild and sustain themselves at healthy levels in these refuges. Research is beginning to show that refuges could help struggling species like cod produce larger, older and significantly more productive females that could help recovery when their offspring eventually spills out to restock fishing in surrounding waters.

The economic benefits of permanent protection are clear: the New England ocean economy supports more than 230,000 jobs and brings in $16 billion to our region, mostly through tourism and recreation. These businesses rely on healthy and thriving oceans, and abundant fish, whales and seabirds.

Protecting the few special wild marine places we have left shows future generations that we care about our oceans—and the people and communities that rely on a healthy and abundant ocean for their livelihoods. 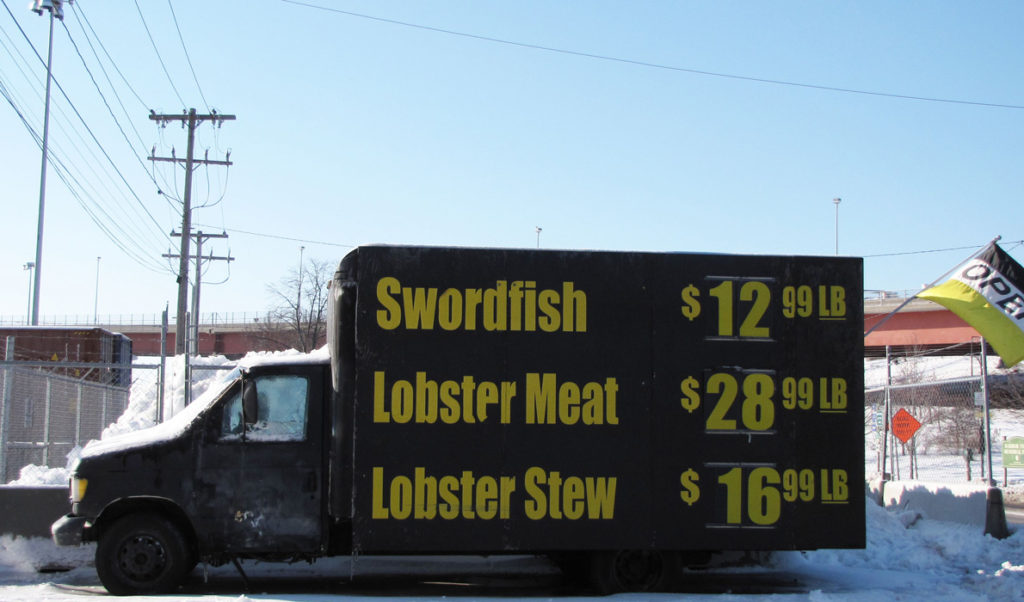 Fish prices in Portland in January 2015.