Beverage, an island native, has served North Haven’s geriatric population since returning to the island with a bachelor’s degree in rehabilitation services from University of Maine at Farmington in 2003.

“I spent a lot of time watching my family take care of other family members when I was growing up, and when I got to be a teenager I started to be involved in that as a family member. And I enjoyed being in that role,” she said. “There was something about being able to help other people when they really needed it that fit with a passion inside of me, and I found different roles to try that passion.”

Beverage became the island’s outreach worker, assisting with everything from transportation, to off-island appointments, to meals for those in need, with the support of the town and the Pulpit Harbor Foundation. She married fisherman Corey Beverage and the couple have three children, nine- and four-years old and nine months old. Her children offered opportunities to deepen her relationships with the island’s elder population.

After a decade in that role, Beverage saw needs evolve, particularly for North Haven’s elderly population.

“There has been a shift, and people want to stay here on the island just as much as they ever did, but somehow the resources seem less available now than they were before a generation ago,” she said. “People are working more, maybe families don’t have all of their children here on the island, and maybe there’s a shift in an older person’s determination to remain independent.”

“I thought that if I could develop a program that supported older people getting more exercise through the Y, that was my ambition for that program,” she said. “And when I was there I met Maura Michaels, who’s the administrator for Boardman Cottage,” the eldercare facility on Islesboro, “and I met Donna Wiegle from Swan’s Island, and they really fostered the energy inside of me that turned the tiny exercise idea into something much larger. And helped me realize that an adult, family care home was possible on North Haven,” Beverage said.

The Southern Harbor House, named following a community survey, is well poised to serve the needs of those unable to remain in their homes, but hoping to stay in the community they love. Bruce Laukka, Inc is the contractor, and with the company’s efforts, the original yellow farmhouse has expanded to include six residential bedrooms, including two adjoining rooms for a couple, several common areas including a sunroom with a stunning water view, and a courtyard. North Haven Conservation Partners will maintain public access through the land surrounding the facility.

Southern Harbor House is on schedule to open in late fall, and islanders are already expressing interest.

“Somebody middle-aged said ‘I can’t wait to get there,’” Lovell said. While that person might have a little bit of a wait, island elders are excited about the opportunity to age in place, in the heart of the island they love. 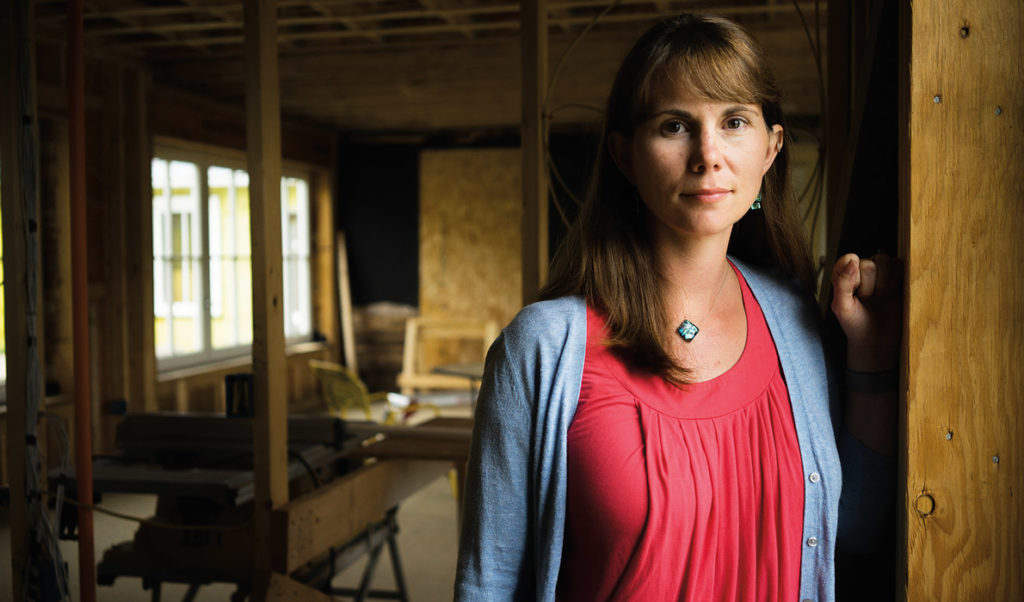