Community engagement and the opportunity to be “out and about” on the job have made new North Haven Town Administrator Rick Lattimer’s transition from federal service to small town life a happy one.

“I went to college, joined the Marine Corps, then got picked up on a program where the Marine Corps put me through law school,” he said. He became a Judge Advocate General (JAG), and moved to the D.C. area in Virginia, where he spent 20 years working in federal civil service.

An ancestral connection through his grandfather’s family brought Lattimer to North Haven.

“My great-grandparents lived on the island. Their son, my grandfather’s, sister is Rex and Wes [Crockett]’s mom Mabel,” he said. Lattimer’s grandfather met and then married an Irish emigré who was on island working for a summer family, and left with her to work for the family in Cape Cod, Lattimer said.

After a 47-year family hiatus from North Haven, Lattimer brought his mother and his wife Melissa to the island in 2005.

Lattimer said they began visiting North Haven annually, and purchased a house in 2012.

“I became retirement eligible this year,” he said, “and when I came up to pay water and sewer in March, the ladies in the office told me Joe (Stone, then the town administrator) was retiring and they were looking for someone else.” With 24 hours left before the application closed, he threw his hat in the ring and was hired for the position.

Rick, Melissa, their daughters Maddie and Abby, and their dog Phineas—who accompanies Lattimer to work most days—made the transition from the Virginia suburbs to island life this summer.

“We were nervous, of course, moving from a school system where Maddie’s school was K-5 with 1,500 kids in it, moving from a school that size to a K-12 that has 57 is quite a huge change, but thankfully both our girls have found good friends and been welcomed warmly,” he said. His daughters are involved in athletics and theater, and the whole family enjoys the independence that comes with island life.

“The nice part about it is they are physically more active by far than they were in Virginia,” he said. “Everything is done by car there. Here, every day they’re out there playing with their friends and they have to make decisions and choices that go along with that and they seem to be flourishing.”

Lattimer said the level of engagement North Haven residents have is the most exciting part of his job.

“Everybody has an opinion, but a lot of people put those opinions into action and try to influence how things are done and they volunteer and take time,” he said. He also praised the team at the town office and the “decisive and engaged” select board.

“I asked them to please keep me from doing stupid stuff and they’ve all been very good about that,” he said.

His goals speak to the island’s long-term future.

“I want to maintain North Haven’s character while modernizing it enough to attract young people here with families,” Lattimer said. He hopes to keep all residents, summer and year-round, engaged in the decision-making process on issues such as the possibility of a town-owned air strip, parking, and congestion.

“There’s a lot going on, more than I ever expected there to be, but it’s good stuff and there’s good people,” he said. “Part of what I enjoy is that it’s not just a desk job. People will complain about potholes or branches down in the road, they’ll complain about signage at Pulpit Harbor and I’ll go out and talk about that stuff. I’m out and about.” 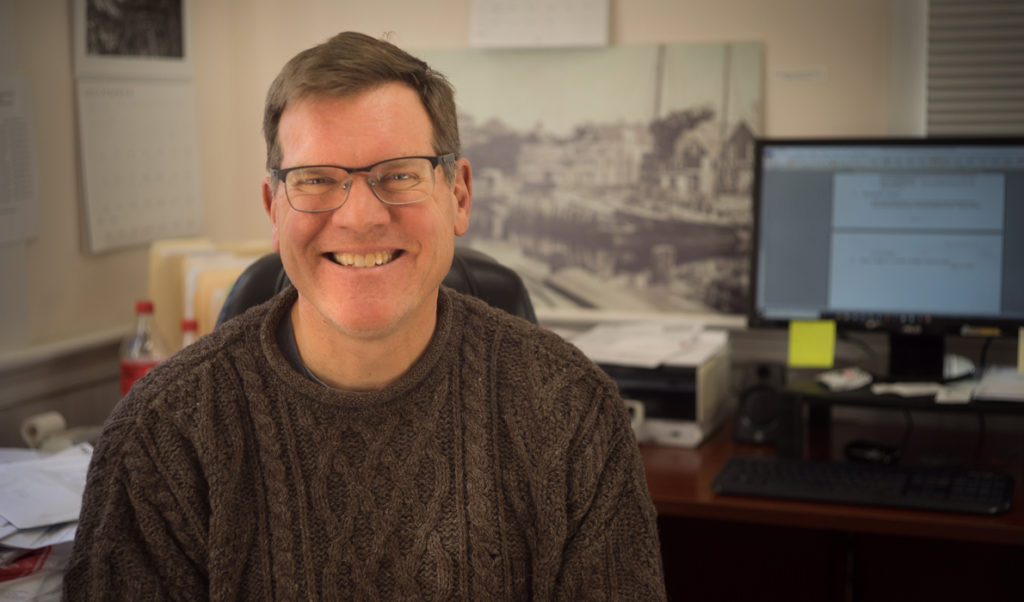