Capt. Will McLean recalls sailing the 134-foot steel brigantine Corwith Cramer in 15-foot seas. He was working as senior chief mate and relief captain for Sea Education Association, an undergraduate ocean education school in Woods Hole, Mass., which takes students on research expeditions to places as far apart as the North Atlantic and New Zealand.

On this occasion, the ship was in the North Atlantic, out of sight of land.

“We had this cool experience when a pod of pilot whales started following the ship for probably four hours,” he said. “The waves were so big that it looked like they were going to jump out of the water and onto the deck of the ship, because the ship was low and the waves were high up behind it. It was amazing to have this group of whales escorting us.”

Recently, McLean, 31, reminisced about such experiences as he was preparing for a day of working with students at Maine Maritime Academy in Castine, where he is now master of the historic Schooner Bowdoin, the official vessel of the state of Maine and a national historic landmark. He took the position a year ago following a winter sail schedule with Call of the Sea, an educational nonprofit dedicated to environmental education through sailing. That post followed his time with the Sea Education Association.

Training for both jobs came through his time at MMA, where he earned a bachelor of science degree in vessel operations and technology with a sail training concentration, graduating in 2012. 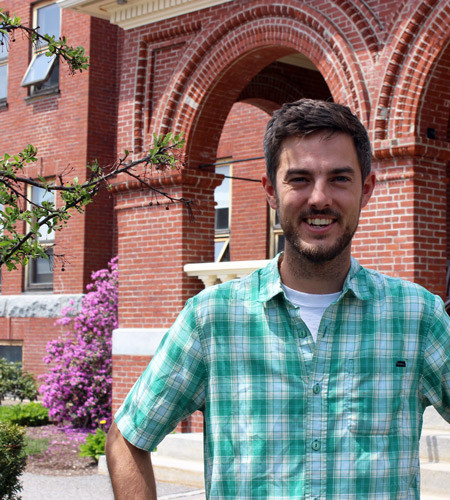 While at MMA, McLean served for two seasons as 2nd Mate/Bosun aboard the Bowdoin, the 1921 schooner sailed on numerous expeditions to the Arctic by explorer Donald MacMillan, and bought by MMA for sail training.

“I enjoy the freedom that sailing gives you, the ability to go out on a ship and go anywhere in the world,” he said.

His parents wanted him to get a college education. So after a few years, he researched schools where he could learn how to work on boats, and found MMA.

During his time there, he discovered SEA through cooperative study, and returned after graduation, voyaging around the Pacific Ocean three times, to places like New Zealand, Tahiti, Hawaii, and Mexico. He’s also sailed the Caribbean, Western Europe, and the Canadian Maritimes.

There was plenty of excitement on these voyages—the beauty of New Zealand’s scenery, the friendliness of residents on remote islands, the sight of exotic wildlife like the albatross colony of the Chatham Islands off New Zealand.

McLean also recalled sailing SSV Robert C. Seamans from Hawaii into the Phoenix Islands, a remote island group between Hawaii and Samoa. They stopped at the island of Nikumaroro (which new forensic analysis suggests is Amelia Earhart’s final resting place) as part of a research project the students undertook.

“It’s an uninhabited atoll in the middle of the ocean, and the water is extremely deep all around it, so you can’t anchor the ship,” he said. “There’s a shipwreck on the reef there. The only way to secure your ship is to tie off to the propeller shaft of this wreck. You’re literally 50 feet from waves breaking onto a very shallow coral reef, so it takes a lot of vigilance to maintain the ship’s position and ensure that you don’t get shipwrecked yourself, in the middle of the Pacific.”

Then there was getting students ashore.

“There’s a cut-out that was basically blown out of the reef with dynamite,” he continued. “They used to have a coconut plantation there, so that was where they loaded and unloaded cargo, and it’s how we get students ashore. But still, it’s a tricky landing in a small boat. You’re standing on a reef that’s three feet under water, with big waves coming in. Luckily, we had good weather so there wasn’t too much swell.”

He enjoyed working with students. His primary interactions occurred on watch.

“The students are basically the ship’s deckhands,” he said. “We’re directing them in how to keep a safe navigation watch, how to stand lookout, how to steer the ship, and basic navigation skills.”

After six years, he moved on to Call of the Sea, in Sausalito, Calif.

“It was an opportunity to expand my skills as a captain,” he said.

When the MMA position opened up, he leapt at the chance to apply.

“I’ve always loved being in Maine, so I’m really excited to be back and put down roots here,” he said.

Arriving in May 2017, things were busy from the start.

“The first day, we put in a new foremast, so we could go out on our summer cruise,” part of the Rendez-Vous 2017 Tall Ships Regatta that called at Prince Edward Island, Quebec province, Nova Scotia, New Brunswick, and Newfoundland. He recalled the transit from Quebec City to Corner Brook, Newfoundland.

“We had really great weather, a following wind and seas, and were making probably 8, 9, 10 knots for half of the voyage,” he said. “Once we pulled into the Bay of Islands, in Newfoundland, we were able to short-tack the ship into this small harbor. It was exciting because the entrance was only two or three boat lengths wide and the wind was coming straight out, so we did 14 or 15 tacks to get in. The students were handling the sails and maneuvering the ship. They had spent the last three days sailing and it culminated in this really awesome experience.”

Experience is what it’s all about.

“I enjoy seeing the progression of students from being green to, three or four years later, commanding the ship,” he said. “My goal is to push students to take on more and more responsibility until they’ve really taken over operations.”

At the moment, with the Bowdoin still under cover for the winter, McLean was teaching students to rebuild a bowsprit, small craft design, and tool use.

“It’s pretty great, after going through the program myself, to come back and see students who remind me of myself, and to help them reach their potential as mariners,” he said. 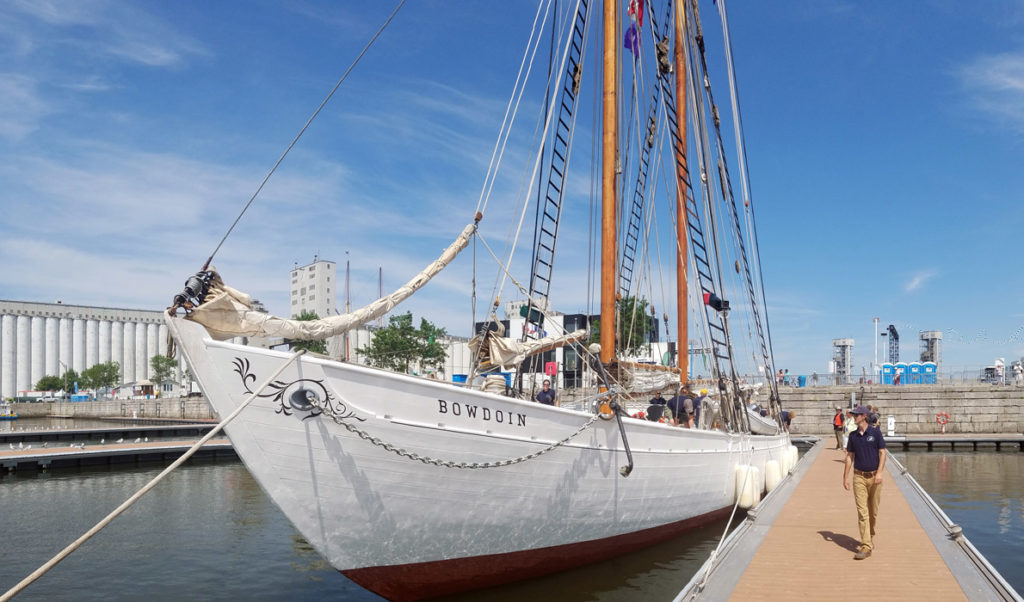