Lyme disease was first identified as a disease in Connecticut in the 1970s. Since then, it has spread slowly northward, as climate change and an expanding deer population have made states like Maine more hospitable to black-legged ticks (also called deer ticks) which carry the disease.

A 2015 Yale School of Public Health map of areas of heightened risk for Lyme shows much of New England is painted red. Maine isn’t solid red on the map, but mottled with red dots.

Larry Dapsis, an entomologist and deer tick coordinator on Cape Cod, is disappointed, for example, in Massachusetts’ response to what he sees as a clear public health crisis.

“The state hasn’t lifted a finger,” he said.

Dapsis leads one of the only organized efforts to prevent tick-borne illnesses in the state. He says while Massachusetts dedicates $11 million annually to controlling mosquito-borne illnesses, it spends just a fraction of that on educational programs about ticks.

Instead, Dapsis has received a modest amount of funding from the federal Environmental Protection Agency and a local hospital in Barnstable County, where his program is centered, to do his own outreach efforts.

While he believes he’s raising awareness locally on Cape Cod, he also says that state officials must create and fund a strategic plan for dealing with the problem, and that will only come if enough people call for action.

“Something has to be done to motivate the politicians,” he said.

Tom Mather, a University of Rhode Island entomologist and director of tickcounter.org, agrees, saying that he has yet to see an effective public health response throughout New England.

“There have been starts at it, but not much follow-through. There’s very little money for prevention,” Mather said. “It boggles my mind why that is.”

However, when it comes to providing funding, state legislators often balk. A Connecticut bill that would provide $450,000 in Lyme disease prevention and awareness measures has stalled. Also, a new New Hampshire Lyme disease action plan notes there is no state funding for such programs; the plan recommends allocating just other $200,000 in funding.

Eradicating ticks may be difficult, as they have spread out to live in many habitats over the roughly three decades that Mather has studied them in New England.

Changing human behavior, however, is not such a tall order. There are easy steps people can take to reduce their exposure to black-legged ticks, including wearing special clothing with tick repellent when hiking in high-risk areas.

A big hurdle to combating the spread of tick-borne illnesses is a general lack of hard data, coupled with speculation about what is and what isn’t Lyme disease.

Not content to wait for an organized state or federal response, Mather has been using his website to gather better data from the public. He and others began by using outdated maps of recorded tick illnesses throughout the country, and then started helping the public identify ticks and tick-bite rashes through email. Every time they answered an email, they updated the maps. Mather hopes that this effort will increase awareness of Lyme and other tick diseases. Last year, the site fielded 10,000 queries; this year, it has already topped that.

“It may seem like you’re saving one person at a time, but hopefully [the people who email] have neighbors whose behavior will change,” Mather said.

In some respects, Maine may be ahead of other states in its response to tick-borne illnesses. Recently, state voters approved a plan to construct a Lyme disease testing facility through the University of Maine system. The facility, expected to be completed by 2017, could cut the waiting time for test results by weeks.

Perhaps if Maine invests more to combat the disease early, it might be able to mount an effective response when the Yale map goes solidly red. 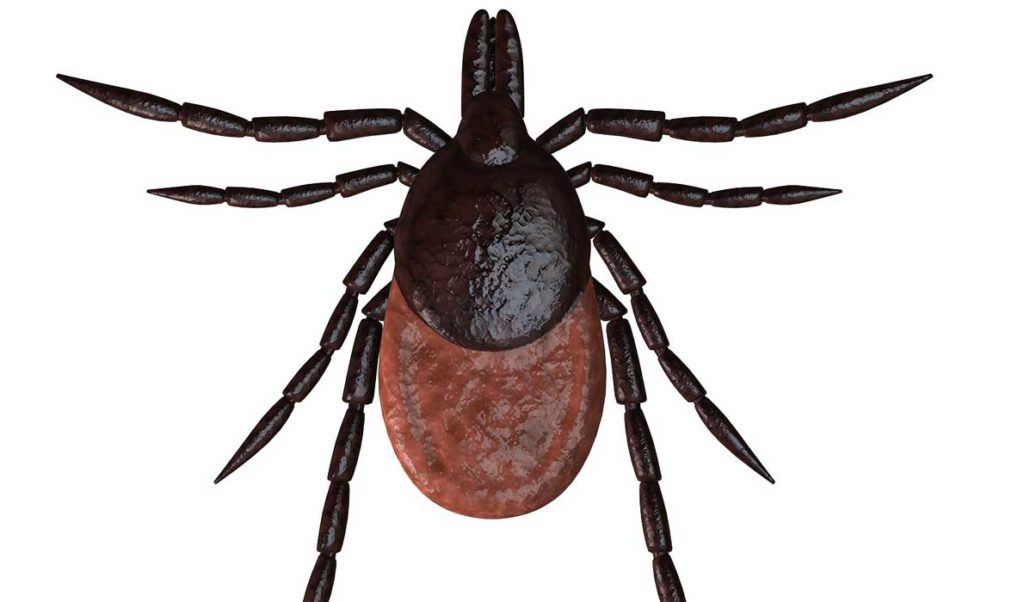