You won’t hear too many Mainers complain about this summer’s weather. It’s been hot, sunny and dry. Gardeners have had to work to keep their flowers and vegetables watered, but for those not in the agricultural business, it’s been ideal—a time to be outside to savor what we love about the coast and islands.

But as one of our front-page stories reports, the drought-like conditions have hurt municipal water supplies. Coastal and island towns, which often perch on ledge rock, see their aquifers recharge at slower rates, so the rains we typically see in the fall may not come soon enough.

And when those autumn rains are delivered by tropical storms, the potential for catastrophe is greater, as our second front-page story reports. Most of our municipal wastewater treatment plants were built downhill from our business and residential districts, and on the coast, downhill means near the water. Big storms threaten those plants, and could result in spills of untreated sewage.

So with dramatic climate change may come—paradoxically—more predictable weather patterns. Predictability may be welcomed by TV meteorologists, but it may not be so kind to our shores.

Speaking at Yale University two years ago, Dr. Kerry Emanuel, a climate scientist at Boston’s MIT, said it would not be unusual to expect larger snow falls in the region, part of the consequences of warmer air aloft, which can hold more moisture. Of course, that comment proved especially prescient, as Boston saw record snows during the winter of 2014-2015.

Emanuel also spoke of the infamous hurricane of 1938 that slammed into New England, killing 600 people. Today, satellite images would have tracked it, but back then, the storm arrived without warning. It moved steadily but slowly, from the west coast of Africa to a couple hundred miles east of Florida. Then, in the course of one day, the storm—which had built to a category 5—charged north and then through Connecticut, Massachusetts, Vermont and Quebec, leaving in its wake “absolutely staggering devastation,” Emanuel said.

“You don’t have to have too much imagination to think, ‘Well, if that could happen in 1938, it could happen today,’” he said at his Yale presentation.

Emanuel showed aerial photographs of the south shore of Long Island, N.Y. after that hurricane, with the wreckage of mansions strewn across the beach. Today, he said, the area is heavily redeveloped.

“Whether the climate changes or not, we’re unprepared for this kind of catastrophe,” he said.

Shored Up, a powerful documentary released in 2013 about so-called Superstorm Sandy, reports on the odd way the federal government intervenes in such disasters. One outcome is that tens of millions of dollars in aid was applied to a small community in which just 3,300 year-round residents lived. The funding allowed them to rebuild in areas that remain threatened.

A far better approach is for federal money to be dispersed by coastal states for planning for such storms. The Maine Coastal Program does just that, but it could have far more impact with more funding.

Planning for the next big storm, and the rising seas that are coming, is a more prudent and cost-effective response than trying to recover from disaster.  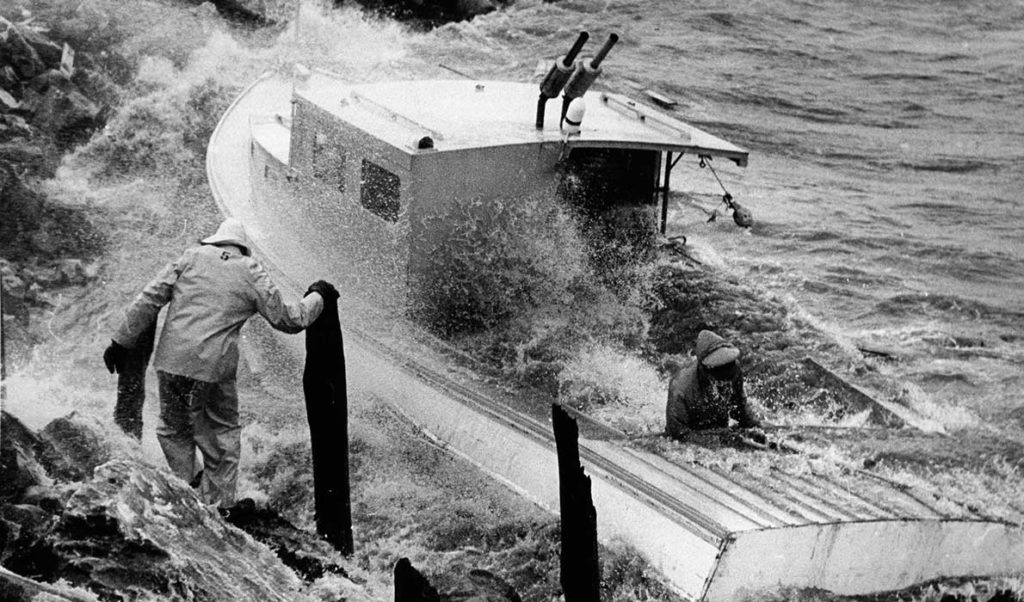