Finishing touches on the new $15 million breakwater in Eastport were due to be completed Nov. 1 with the installation of floats alongside a new pier that provides access to everything from cruise ships to fishing boats.

Construction of the 100-foot-by-400-foot pier began following a catastrophic collapse of the inner half of the breakwater on Dec. 4, 2014. The new breakwater, so named because it protects Eastport’s inner harbor and marina, is the same size, but was built 50-feet farther from the original pier.

Chris Gardner, executive director of the Eastport Port Authority, said the breakwater is intended for use by cruise ships, cargo vessels, fishing boats, yachts, and U.S. Navy and Coast Guard boats, and by the public simply enjoying the unseasonably warm temperatures.

“People were clamoring for it and are happy to have it open,” he said. “It is meant to have multi-sector sector use. It’s an attraction for the community.” 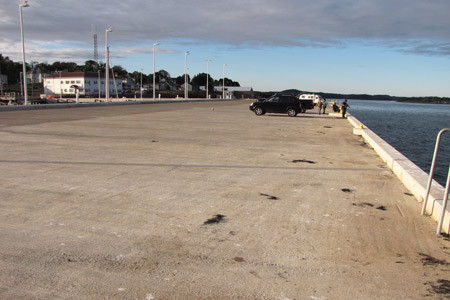 The wide, flat surface of the breakwater is used by the public for fishing and watching boats.

Gardner said full use of the harbor operation was delayed for two to three weeks while additional dredging was completed to remove remnants of the former pier.

The new breakwater was dedicated on the Fourth of July by members of the Congressional delegation as well as officials representing the navy and coast guard, border patrol, and state, county, and local governments.

The city and others had begun raising funds to rebuild the breakwater before its collapse five years ago.

The port is deep enough to be accessed by container ships and remains active throughout the winter because the action of the 25-foot tides prevent the water from freezing.

The project was completed by CPM of Freeport.

The project manager from the state Department of Transportation, Aurele Gorneau, said the state oversaw all design and construction work and helped secure funding.

“Our project removed all of that down to the mud line of the harbor,” he said.

The oldest portion of the pier was built using metal sheathing driven into the harbor floor. The box-like structures were then filled with aggregate and the tops were paved over, creating a driveable surface and parking area. The metal, over time, deteriorated, which led to the collapse.

The new steel pilings are driven into the ocean floor and filled with concrete, which is then topped with a concrete deck. The new pier also includes composite materials in place of steel in some parts since the plastic does not rust or otherwise decay.

Gorneau said the project was challenging due to the tides, water depth, and ledge elevations.

The environmental permit for the project also required the contractor to suspend work at times if marine mammals were spotted within a certain distance of the project.

The collapse of part of the former breakwater in December 2014 caused injury to one fishermen, damaged numerous vessels, and caused one boat to sink.

Local officials said it was serendipitous that the failure occurred at 2 a.m. instead of 6 a.m. when more fishermen would have been on their boats or working on the breakwater. 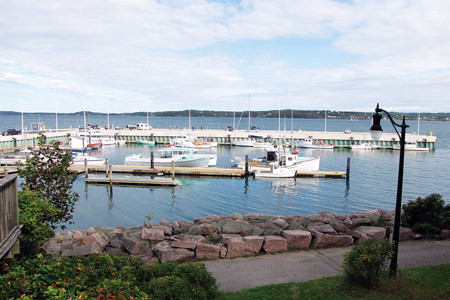 The breakwater, as seen from a walking path. 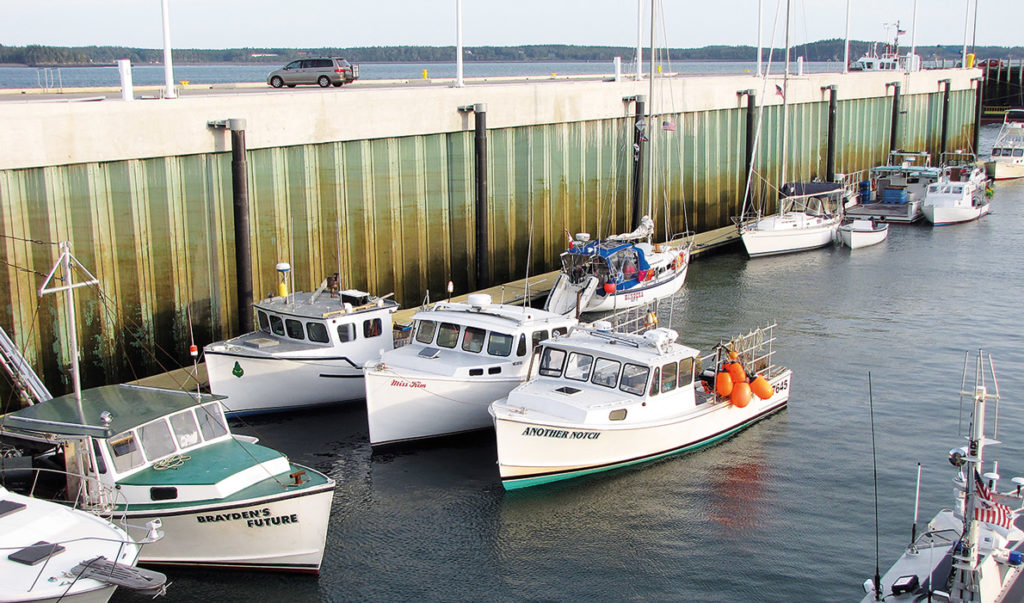