Editor’s note: Reflections is a monthly column written by Island Fellows, recent college grads who do community service work on Maine islands and in remote coastal communities through the Island Institute, publisher of The Working Waterfront. Zain Padamsee works on Frenchboro with an after-school program and with the town office.

I was told that as an Island Fellow you wear many different hats; it’s something that most island residents are used to having to do. However, I never thought that I would be wearing this hat. Not a metaphorical hat but a literal hat, more of a cap now that I think about it, and what makes it worse is there is a picture of me wearing the hat.

This hat-wearing event took place during Frenchboro’s Christmas Tree Lighting. Maine Seacoast Mission’s Sunbeam and its crew came out to join in the caroling and festivities. They even brought out supplies to set up a live Christmas tableau. They just needed a few volunteers to step up and fill the roles for the scene to take place.

Although Frenchboro is Maine’s smallest year-round island community, it didn’t take too long to fill all the roles for the scene. Living on an island one gets used to having to answer the call for volunteers on the fly and we were able to create a nativity scene that I believe would have impressed even the most devout.

Volunteers for the tableau included Frenchboro’s previous fellow and the fellow from North Haven/Vinalhaven, who assumed the roles of Joseph and Mary. Two students from Frenchboro Elementary School, Breanna and Makayla, were given the roles of the angel Gabriel and the star that directed Three Wise Men. Those three wise men were played by a local fisherman and father of the two girls, Zach; a girl who came with the Sunbeam; and me.

I felt honored to be asked to be one of the three wise men for the tableau and waited patiently to get my costume. All that was required to turn a lowly Island Fellow into a member of the divinely inspired trio was a small green piece of cloth with a pink border, topped with a golden ball. I never would’ve thought a hat like this existed. I wondered if it had any practical use other than keeping a balding gentleman’s scalp warm.

It does seem to fit perfectly for a wise man, but honestly, I am no expert in caps or hats. This event is when I first started feeling I had a place in Frenchboro’s community. The night was goofy, fun and unbelievably authentic. There was no concern about singing on key during the caroling or how goofy you look in front of neighbors and friends. The sense of community during the evening is one many towns would only dream of having.

It’s easy to forget sometimes, especially during the cold winter months when the island empties out, that there is a strong, resilient community which inhabits this quiet island. The cap may not have fit my style, but fits perfectly in what it means to be not only an island fellow but an island resident.

You never know what hat you might have to wear in the community. It could be odd or seem to not fit. But when something needs to be done—a project needs volunteers, or a neighbor needs a hand—you may just have to put on a hat that you never pictured yourself wearing. 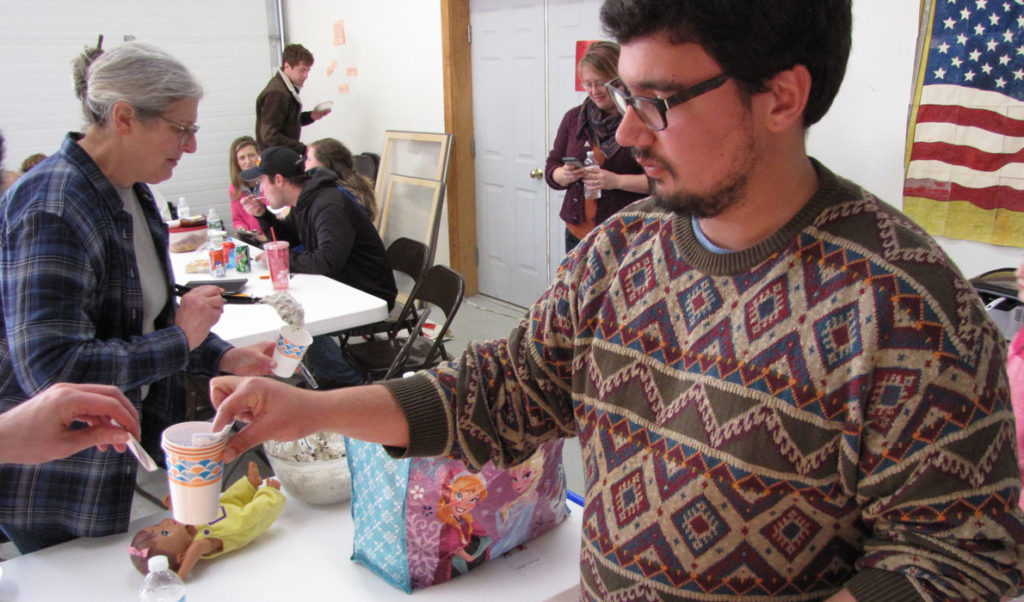