The Monhegan Museum of Art & History has received a $1 million challenge grant from the Wyeth Foundation. The museum has up to three years to match this gift, the largest in the museum’s history.

The grant will support the museum’s campaign to raise $4 million toward an endowment, with income from the endowment going to support operations and capital improvements to the museum’s buildings. The Wyeth Foundation is funded by Jamie and Phyllis Wyeth.

“Phyllis and Jamie Wyeth have been extremely generous to the Monhegan Museum for the past three decades,” said Edward Deci, the Monhegan Museum’s president. “They have encouraged our many efforts to restore the museum’s historic buildings, and they have been very enthusiastic about the exhibitions we have mounted through the years. This generous gift is one of the many ways they have supported the museum, and is intended to encourage other people to join them in ensuring the sustainability of our world-class museum on Monhegan Island.”

The Wyeths issued a statement noting the gift was in recognition of the museum’s 50th anniversary, and was in “honor its commitment to the economic and social well-being of the Monhegan community and the preservation of its history, and to secure the sustainability of the museum into the future.”

Jamie and Phyllis Wyeth own a historic house built by the painter Rockwell Kent on the island.

The museum will celebrate its 50th anniversary with the exhibition and commemorative book “The Monhegan Museum: Celebrating Fifty Years.” On view July 1 through Sept. 30, the exhib will highlight major works from the collection including those by George Bellows, James Fitzgerald, Edward Hopper, Rockwell Kent, Louise Nevelson, Andrew Wyeth, and more than 70 other artists who have worked on Monhegan since the 1850s.

The Monhegan Museum of Art & History is located in the historic Monhegan Island Light Station, 12 nautical miles off the coast of Maine. The museum was created to steward and showcase art and artifacts that represent the collective values of the community. The museum is open daily from June 24 through Sept. 30. 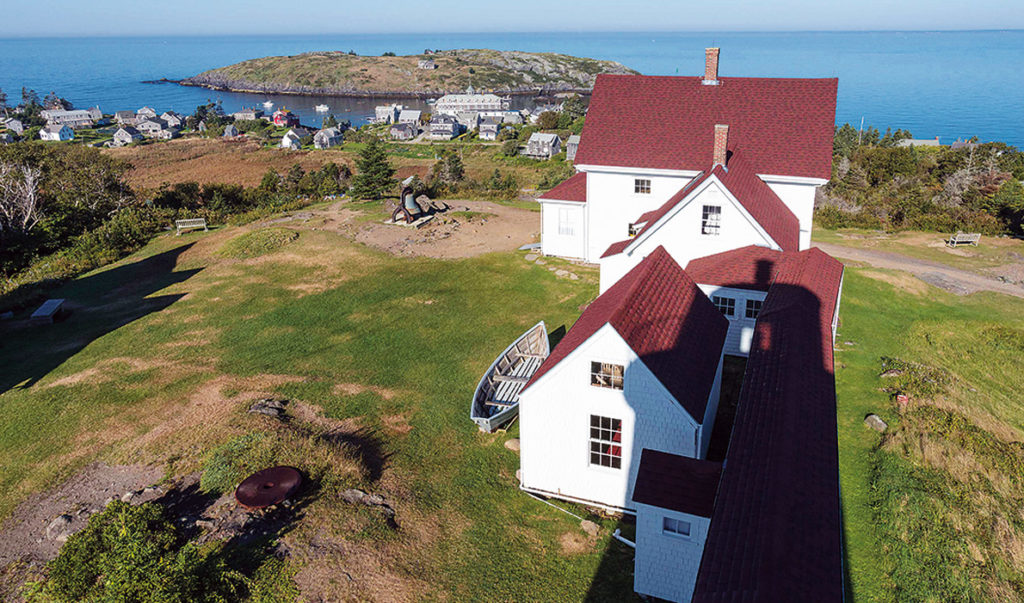