In theory, the home base of Monhegan Boat Lines in Port Clyde is much like a bus station. There’s an office to sell tickets, a passenger waiting room, parking, and a designated site to board.

But that’s where the similarities end.

Amy and Andy Barstow, who have been running the business since 2010, after buying it from Andy’s parents, James and Judy, are in the midst of a major rebuild of the business’s infrastructure. And working with the sea at the front door brings challenges that a bus station would never see.

The office building has been torn down and part of the pier removed, and Andy sometimes must rise in the wee hours of the morning to work on concrete forms for the new seawall when an especially low tide is forecast.

It’s a big investment, and though the couple won’t reveal the budget for the project, Amy’s facial expression betrays the magnitude of the commitment when she speaks about the work.

She has worked at the business since 1996, and has seen renovations and modifications over the years, but she and Andy concluded that a comprehensive rebuild was necessary.

The 100-plus year-old dock-side building was sagging, and wasn’t well-suited to serve the business, which has been shuttling islanders and visitors, and hauling freight, to and from Monhegan for decades.

“It was kind of an old bait shed, freight storage building,” Amy said, and the new building will be purpose-built, allowing for ticket sales, a passenger sitting area, and a gift shop. A schematic drawing of the new building hanging on the wall of the company’s winter office shows the 65-foot by 30-foot structure featuring two floors, a striking but traditional triangular trim line, and a cupola.

“We had the opportunity to fill in around the dock,” Amy said, and Andy explained that the new seawall will be 9-inches higher, while the dock surface will taper down to being 6-inches higher. He was concerned about a higher dock creating ramps that were too steep for passengers at low tide.

Ferraiolo Construction of Rockland is providing specially formulated concrete to withstand the salt water, Andy said, which should last into the next century.

To keep costs down, the Barstows and some of their crew will do work on the building this winter, but the general contractor on the project is Leo Builders of Rockland, with Acorn Electric of Warren, Gartley & Dorsky Engineering & Surveying of Camden, Joe Richardi of Warren, and 2A Architects of Rockport also contributing work.

The goal is to have the new building and dock operational in spring.

Monhegan Boat Lines has other significant investments to maintain, including the 76-year-old Laura B., and the 24-year-old Elizabeth Ann. The business employs as many as 40 people in summer, and 9-12 in winter.

“We are doing it with our customers in mind, and the community,” Amy said of the upgrades.

“It will make for better service,” Andy said, and noted that, “long after we’re gone,” the new infrastructure will remain. 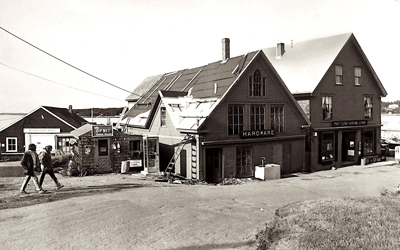 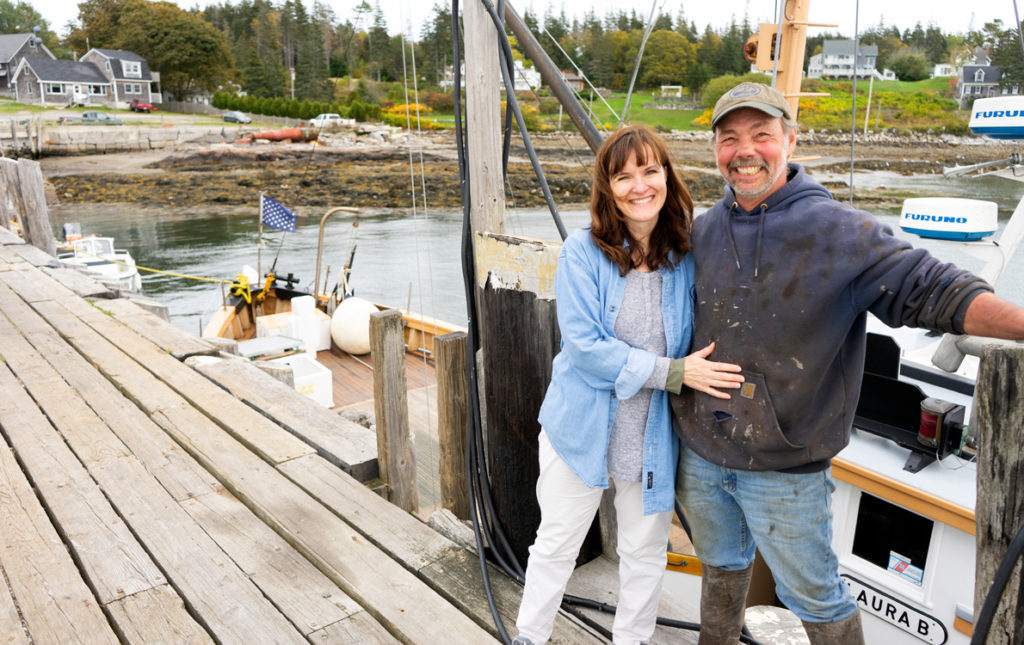 Amy and Andy Barstow on the dock of Monhegan Boat Lines.