They’re the young generation and they’ve got something to say. And if Maine policy makers are smart, they’ll listen.

After decades of dominating the economy, politics and culture, the baby boom generation has been eclipsed by millennials, those born in the 1980 to 1998 period. Since 2006, millennials outnumber boomers, now at 75 million strong.

This population group starts businesses, becomes engaged in community activities and cares about—and for—the places in which they live. Their presence is critical for Maine, the state with the oldest median age in the country, to grow and thrive.

Because amenities like recreational opportunities, lively village centers with coffee shops and pubs, low crime rates and relatively affordable housing are important to this cohort, Maine’s coastal communities are well-poised to land or retain millennials.

But it takes more than rolling out a welcome mat. Millennials carry a high student loan debt which can limit their ability to invest in businesses and homes, and they expect to find good cell phone and internet service, which is lacking in much of Maine.

The nonprofit group Friends of Midcoast Maine recently hosted one of its Community Institute sessions devoted to the millennial impact. One of the speakers was Mary Kate Reny.

In her role as landlord of a third-floor office space in downtown Damariscotta, Reny rubs shoulders with millennials. At 53, she’s a baby boomer, and observes some stark differences between her generation and this one. But she’s a fan of their independence, their focus on reaching their goals and the value they put on a balanced life.

“They’re forging the life that they want to live,” she says, rather than passively accepting limits on job opportunities. “They’re going to live and work and make it happen.”

Reny, whose husband Bob is the scion of Renys department store founder, Bob Reny Sr., renovated in 2012 the building that housed the company’s old store in Damariscotta. Third floor apartments were converted into shared office space with seven units with a communal conference room.

The affordable rents and downtown location were attractive to young people who either were working remotely or launching small businesses. The offices filled fast, even though Reny did not advertise them.

But they did have one amenity key to millennials working remotely.

“I met face-to-face with Tidewater Telecom,” the local internet provider, and was able to persuade the company to run a fiber optic line near the building.

“One man’s office is in Oregon,” she explained. Another, Heather Abello, works for a Minnesota-based business that places nannies and tutors around the country. Both needed high-speed internet.

Do these single employees have an impact on the economy?

Yes, says Reny. Policy makers wring their hands about the so-called brain drain and the highest-in-the-country median age, but this activity adds up.

“These clusters will happen,” she said, many times unnoticed by the community. “This is the kind of economic stuff that’s happening. It’s right under our nose. One plus one equals a lot.”

Alluding to Abello’s case, she says, “They may get paid out of Minnesota, but they’re spending it here.”

Quality of life is a common draw, Reny said, citing examples of millennials who enjoy living and working in proximity, and enjoying the small-town dynamic. And many are returning to Maine after college and first jobs elsewhere, often with spouses and children.

“They’re really making this their home,” she said. A few millennials have told her money is not their primary motivator. Their credo is: “Live first where you want to be, then figure out your work.”

At 30, Brunswick native Kelly Dorsey already is a vice-president with Androscoggin Savings Bank. She, too, spoke at the millennial session.

Dorsey is involved with Midcoast Edge, a business network group of mostly younger professionals. She believes her generation is more entrepreneurial than previous ones.

“There’s a lot to be said for working for yourself and having your own hours,” Dorsey said. “My husband opened a brewery. He didn’t want to be in a position where he hated going to work.”

They also want to associate with peers.

“We do like to flock together,” she said of her fellow millennials. “We’re always aware of what each other is doing,” relying on social media.

Reny also made the observation that millennials are “social beasts.”

Liz Trice also presented at the conference. She runs PelotonLabs on Congress Street in Portland, a nonprofit that offers, like Reny’s building, office space for young entrepreneurs, remote workers and freelancers (some 38 percent of millennials do some freelance work, Trice said).

“Opening a bricks and mortar business means staying in one place for ten years,” she said, so the flexibility her office offers appeals to younger folks who don’t want to be tied down. Reny made the same point; one of her tenants rents only in the summer.

Maine is not millennial heaven, though.

In addition to better internet and cell service, other improvements are needed. Even in populous Sagadahoc County, Dorsey noted the lack of public transportation as a problem. She also cited the need for more affordable in-town housing and a more business-friendly climate.

Reny said she hears millennials missing the availability of later-in-the-evening food options. Not night-life in the urban sense, but she’s heard that “It would be nice to have pizza delivered.”

So where are millennials living in Maine? Demographer Patrick Guyer (see his website, chiffrephileconsulting.com) notes: “Not surprisingly, Portland is a hot spot as are centers of higher education like Biddeford, Farmington and Orono. Parts of other Maine cities like Bangor and Lewiston pop out with strong young adult populations as well.

“However, it’s not just the bigger cities that do well by this measure. Machias, Presque Isle and Rockland boast of strong millennial population shares, as do rural communities like Pittsfield and nearby Unity. These are just a few of the places where the percentage of millennials among the total population ranges from at least 23 percent up to a high of almost 86 percent (around the University of Maine campus at Orono).” 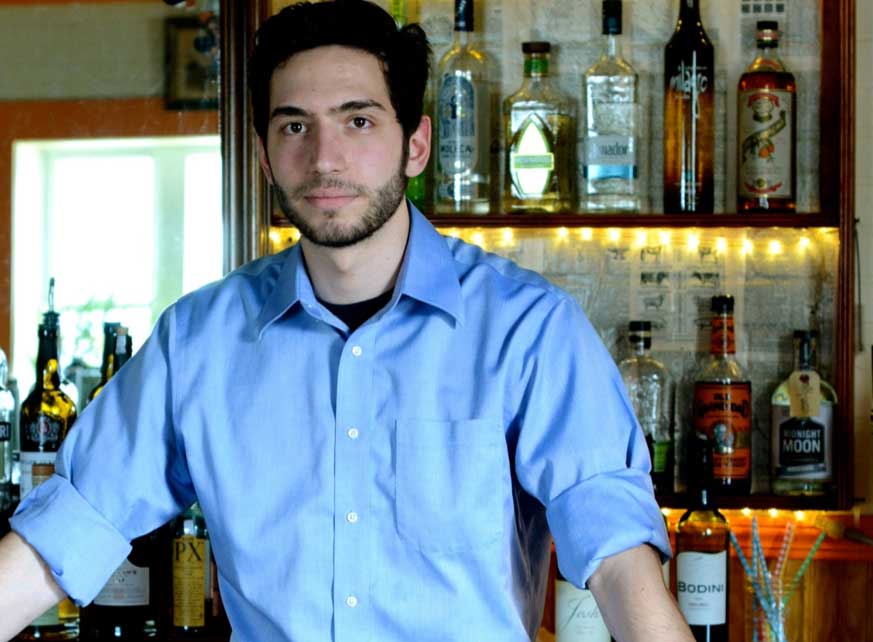