Researchers have discovered evidence that there may be a massive freshwater aquifer off the U.S. Atlantic coast, according to a new study published in Nature.

The study provided evidence of a vast underground pool of water with low salinity that may span the coast of New Jersey to Martha’s Vineyard, Mass., and hold at least 670 cubic miles of water.

For the study, researchers with the Lamont-Doherty Earth Observatory of Columbia University and the Woods Hole Oceanographic Institution in Massachusetts used electromagnetic imaging to build on scant existing data that hinted at freshwater reservoirs roughly 90 kilometers off the Atlantic coastline.

To map this new data, they dropped electromagnetic receivers to the seafloor in existing deep wells to see how natural electrical phenomena, such as lightning strikes, resonated through the water, according to a Columbia University press release. The researchers also undertook a ten-day voyage on the R/V Marcus Langseth, a Columbia University research vessel, in which they towed a device that sent out electromagnetic pulses.

They elected to use electromagnetic equipment to map possible areas of freshwater because saltwater is a better conductor of electricity than freshwater. Using these techniques, the researchers were able to find evidence of “a continuous submarine aquifer system (that) spans at least 350 kilometers of the U.S. Atlantic coast… of low-salinity groundwater.”

The reservoir contained water with less salinity than water that might be found at the mouth of a river emptying into the ocean. It still would need to go through a desalination process for it to be fit for human consumption. However, the level of salinity recorded would be low enough as it now stands for it to be used for the production of some livestock, according to existing charts on water salinity.

The researchers suggest that the aquifer discovered could represent “a significant resource with potential for future offshore groundwater production,” according to the study’s lead author, Chloe Gustafson, a PhD. candidate at Columbia University’s Lamont-Doherty Earth Observatory. This new resource may not be needed for the New England region, which is expected to receive more precipitation in the future, according to a 2008 USDA report on climate change. However, this resource could be tapped in the future for other parts of the world where freshwater is or will become scarce.

The techniques used to map this aquifer represent a significant advance in mapping techniques to find freshwater below the ocean floor. The New Jersey data builds on some of the earliest data available that suggested there was freshwater below the sea—that data was generated from wells that were originally dug offshore for oil exploration which filled up with water.

In the 1970s, some researchers measured the low salinity of the water in some of those wells and suggested it might suggest there was a bigger aquifer, but there was no effective technique to model such a reservoir with the pinpoints of data generated by the scattered wells. More recently, there were recorded instances of wells with low-salinity water inland on Martha’s Vineyard, which also hinted at a freshwater aquifer just offshore.

The research team used the existing data from these two sources to verify the data generated from the electromagnetic modeling techniques used for this study. They believe the data generated for the study, and the techniques used to generate that data, could help shed light on the ecology below the seafloor, improve estimates of the changes that have occurred in the salinity of the ocean, and give a greater understanding of how carbon is stored by the ocean. 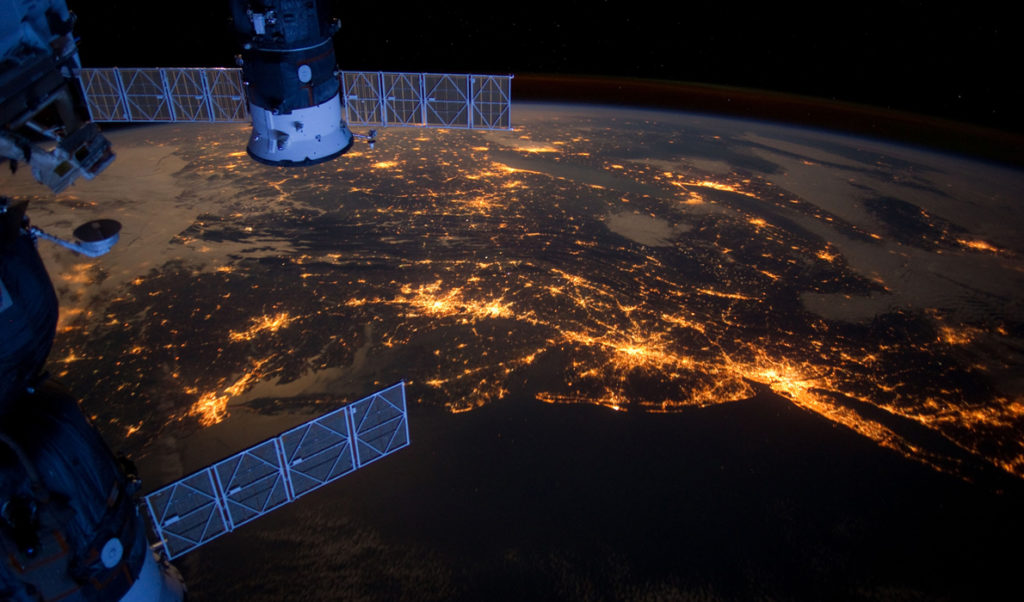 The Eastern Seaboard as seen from space.