The Maine Department of Marine Resources (DMR) will submit a proposal to the National Marine Fisheries Service (NMFS) in September outlining how the state’s lobster fishery will reduce its risk of entangling endangered North Atlantic Right Whales by 60 percent. Failure to submit a plan that meets this target would result in NMFS deciding how Maine will comply.

At this stage in the process, it is not about the fact that most Maine lobstermen have never seen a right whale, or that climate change-induced reductions in zooplankton in the animals’ traditional foraging areas are causing them to be hungry, less fecund, and more vulnerable to mortality.

It is about two federal laws—the Marine Mammal Protection Act and the Endangered Species Act. And the North Atlantic Right Whale is endangered. The 2017 stock assessment reported a population of 455 whales.

The Take Reduction Team, an interdisciplinary group charged with meeting the terms of the Marine Mammal Protection Act and reducing mortality and serious injury, determined at its April meeting that the “potential biological removal” of whales—those that can suffer incidental mortality or serious injury—is less than one whale (.9). The Endangered Species Act requires what is called a “biological opinion” which determines if a fishery jeopardizes an endangered species. The biological opinion is currently being written for the Maine lobster fishery and the right whale.

The Take Reduction Plan callsfor a 60 percent reduction based on “takes,” rather than the potential biological reduction from the right whale stock assessment. The draft proposal to achieve this reduction is:

A plan that reduces risk by 60 percent should allow the Maine lobster fishery to escape being found in jeopardy of endangering right whales.

DMR Commissioner Patrick Keliher and department staff held public meetings with lobster zone councils in June to discuss the federal requirements, the reduction team’s proposal, and potential scenarios for reaching the 50 percent reduction in vertical lines and other risk reductions. The department is gathering feedback from the councils and will hold a second round of meetings in August before a final meeting with Maine’s Lobster Advisory Council and the submission of the Maine plan to NMFS.

Perhaps the biggest decision will be how to equitably and safely choose a way achieve a 50 percent reduction in vertical lines.

Those scenarios range from:

While DMR is soliciting feedback on how to make the Maine plan most palatable for the greatest number of fishermen, staff have been clear that safety and maintaining fleet diversity will be a top priority. For example, “trawling up” requirements beyond even just a single trap per vertical line could exclude youth or those aging out of the fishery who may be fishing alone and/or from a skiff. For this very reason, Maine has already successfully advocated for a quarter nautical mile buffer, within which single traps could be fished.

Many of the scenarios include 20-40 trap trawl requirements. Fishing these configurations requires a big boat with multiple crew. Forcing such long trawls could force an already over-capitalized fleet into even bigger boats or put fishermen’s safety at risk.

Given the regional differences in fishing, there is the possibility of a zone-by-zone approach rather than a single state-wide plan. This will likely be determined during round two of the zone council meetings in August.

After Maine submits its plan in September, NMFS will publish a proposed rule which would have a public comment period during the winter, with the implementation of the full suite of new regulations occurring in 2021.

With six right whale deaths reported in Canada in June alone, Maine is likely to fast track its Maine-only gear marking requirement to take effect in January of 2020.

Susie Arnold is a marine scientist with the Island Institute, publisher of The Working Waterfront, who works on the impacts of climate change and ocean acidification on marine resources and fisheries-dependent communities. 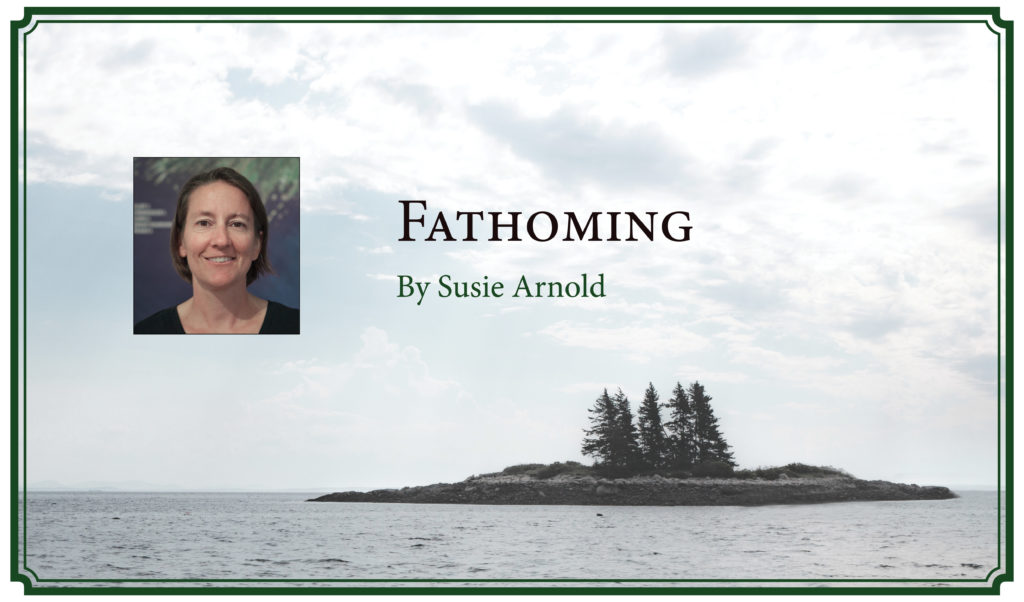