Since time immemorial, fishing has gone hand-in-hand with stories of spotting unusual creatures in the ocean. However, now with smartphones, those stories can be verified and generate headlines.

In late August, a Cape Cod Times report shared how a fisherman saw a hammerhead shark near the coast of Chatham, Mass. That same week, boaters spotted the gigantic whale shark further off the Cape shore, according to a Boston Herald report.

Neither shark were in their historical habitat; the hammerheads are usually farther offshore and both are more at home in the southern hemisphere and the southern coast of the U.S. These sightings, coupled with the recent news of a fatal attack by a great white shark off Bailey Island in Maine, may give Mainers pause about what is swimming in the Gulf of Maine.

Eight species of shark regularly swim off Maine’s coast, from the diminutive dogfish to the large-but-harmless basking fish. In addition, there have always been vagrant warm-water fish who have wandered north during the warmer months of the year, according to James Sulikowski, a professor and associate director in the School of Mathematical and Natural Sciences at Arizona State University.

“We’ve caught all sorts of tropical fish in the Saco River, like butterfly fish,” Sulikowski said. “They should be on the coast of Florida.”

Warm water species are pushing somewhat north, however, and there are two factors that may be changing what species of shark can be found where in the Gulf of Maine.

First, there is a larger population of seals near the coastline than in the past, thanks in part to conservation efforts, Sulikowski said. Great white sharks have always been in the Gulf of Maine, but usually they would be found in the southern range of the gulf and farther offshore. As seals have moved closer to shore and grown more numerous, great white sharks have moved with them.

“What we have is a large, mobile predator feeding on a prey item that’s close to shore, that sometimes we get misidentified for,” he said.

Hammerhead sharks typically do not eat seals; they prefer fish and crustaceans and other sharks. Also, whale sharks, though large, are filter feeders. Both species are following their food, and that food is moving northward because the Gulf of Maine is warming due to climate change.

Typically, Cape Cod and Georges Bank have acted as a kind of temperature barrier that blocks some fish from moving northward, but warming waters are causing some aquatic species to move northward and expand their territory. Where the food goes, the predators go, said Dave Grant, deputy director of the Shark Research Institute.

“If you want to find the predator, look for the prey. It’s more the prey fish that are moving north and expanding their ranges,” Grant said.

However, while such unusual fish sightings may generate headlines, they will likely be a story more for Massachusetts newspapers than Maine newspapers. It’s unlikely that hammerheads will regularly make their presence known off the coast of Maine for a long time, as there is still a big difference in water temperature off Massachusetts than off Maine, said Sulikowski.

“Our waters are so much colder,” he said. “Most sharks, if you look at what their tolerance is, it’s (water temperature in the low 70s). Our best days are the high 60s.” 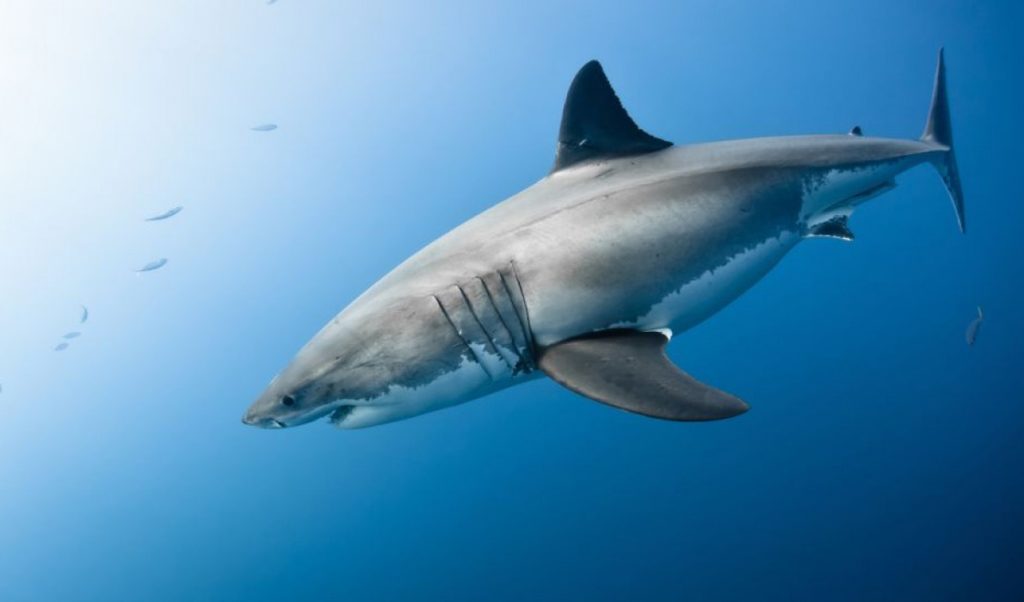