An old friend, Glen Libby, stopped by the office recently. Those who know Glen may immediately think of community supported fisheries.

Glen and his fellow fishermen began a national trend that connects fishermen to consumers based on the community supported agriculture model, where consumers buy a share of a farmer’s harvest.

In fisheries, we were first given the opportunity to buy a share of a fisherman’s haul back when Maine shrimp were plentiful but markets to sell them were not, in early 2007. Back then, the Port Clyde fishing community had a Maine shrimp product without a market so it decided to transpose the agricultural CSA model to its needs and create a market by going straight to consumers. Once the shrimp season ended that year, the transition was made to fish.

Glen and his fishing community had a problem when it came to fish. There weren’t enough marketable fish to be caught where they fished in the Gulf of Maine. They knew fishing harder would only make matters worse. They needed to fish less but make a living, so they decided to adopt a series of conservation measures and brand the fish they caught as Port Clyde Fresh Catch.

These fishermen took an important step, modifying gear and beginning research to learn how to leave unwanted fish in the ocean while catching targeted species.

Their Port Clyde Fresh Catch brand was built around a collective approach to fisheries conservation, and the fishermen lived this to the best of their ability. Iterations of the CSF innovation have now been replicated over 100 times throughout the U.S., primarily among fishermen who operate at a small scale and who have meaningful ties to their community.

In other words, Port Clyde fishermen developed a national model that has come to symbolize conscientious fishermen doing their best to make a living while caring for the ocean ecosystem.

Caring for the natural environment is one aspect of a caring economy. The other is caring for each other.

Glen recently learned that he is very ill and will need a liver transplant due to damage wreaked on his body during a bout with Lupus as a teenager. This news has been difficult for the family. They live simply, without extra to fall back on. When Glen had to leave his job at Port Clyde Fresh Catch to spend weeks in the hospital, the community was concerned about the impacts on the family.

His daughter, Jessica, set up a GoFundMe account to raise some money to support her father, since it was clear he would be out of work indefinitely while awaiting a transplant. GoFundMe accounts are fairly common these days, as people in need ask others who have extra funds for financial help.

It wasn’t long before it became clear that Glen’s role as a leader who cares for the ocean environment had galvanized a network of people who shared his ethical concerns and were willing to help him out in his time of need.

Gifts quickly began to arrive from folks Glen had taken the time to talk to about CSF; in Alaska, California, the Carolinas’ Outer Banks, and all along the New England coast. These were people who had been inspired by Glen’s leadership and vision and by the idea that fishermen could take on a leadership role in creating an ethical relationship between ocean and fish consumers.

Glen is stable right now, and while his strength is diminished, he continues to see the glass as half full. It is one of his most endearing characteristics as a human being. I view the national response to Glen’s health challenges as a remarkable articulation of the second part of a caring economy: caring for each other.

Where Glen and his friends gave us a new way to care for the ocean commons, GoFundMe is creating a caring commons through which the people Glen inspired are giving back.

Glen Libby’s GoFundMe account can be found at: http://bit.ly/1QMJkpT 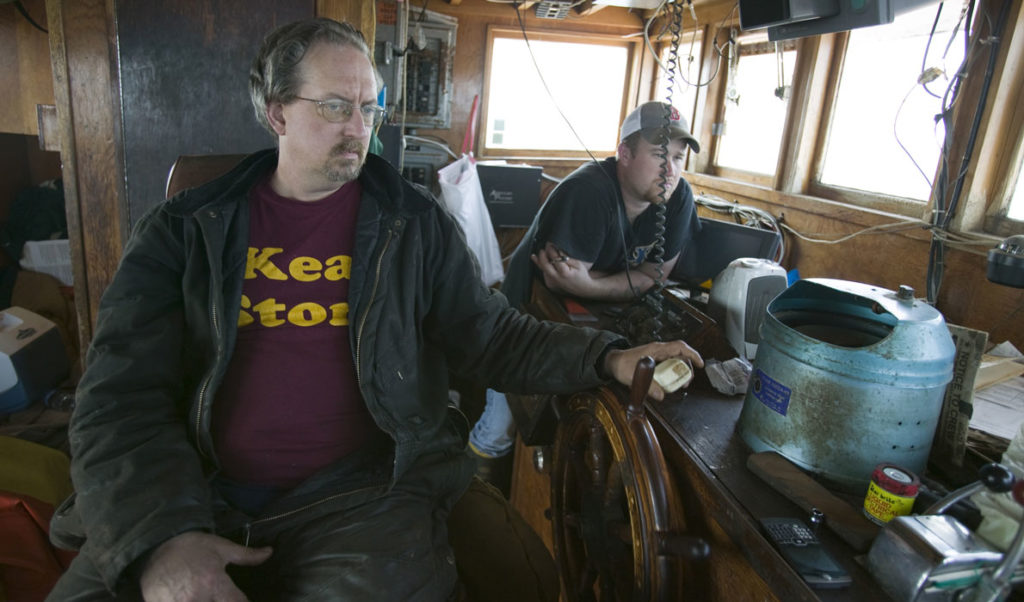