That was the question tourism officials raised at the annual Governor’s Conference on Tourism, held March 21-22 at the Sunday River Resort. The question had nothing to do with the snow-covered mountain looming over the resort, or the skiers enjoying the mild spring weather.

The “cliff,” which no one wants to see, is a downturn in tourism for Vacationland.

Carolann Ouellette, director of the Maine Office of Tourism, said in her opening remarks that some 33 million people visited Maine in 2015, and paid accommodations were up 8 percent over 2014. First-time visitors, a sector critical to growing the tourist economy, also was up 8 percent over 2014, Ouellette said.

Direct spending on tourism activities in 2015 was $5.6 billion, up over $5.4 billion in 2014. Of those amounts, overnight trips—by Mainers and non-Mainers—accounted for $4.3 billion in spending last year.

For several years in a row, visitation and tourism spending have increased nationwide.

“Tourism has been on fire,” said Bob Domine of DPA, the Kennebunk-based firm that does research for the state tourism office. He and other researchers ask themselves, “Where’s the cliff?”

At the same time, tourism officials have stressed that Maine cannot be complacent and assume visitors will come; most of the other New England states and Canadian Maritime provinces spend more on marketing in a competitive environment.

The focus on landing first-time visitors is based on a couple of important statistics. Those first-timers spend, on average, $300 more than repeat visitors. And tourism officials say if people visit the state once, they are likely to return; 80 percent of visitors have been here before, and are likely to speak well of Maine to their family and friends.

The tourism office reports that last year, 4.5 million of the 33 million visitors were first-timers.

One wrinkle in the numbers from 2015 is that Canadian visitation is down, probably owing to the drop in the value of that country’s dollar compared to the U.S. currency. Still, in 2015, Canadian visitors were responsible for 20 percent of tourism retail spending in 2015, spending $310 million.

Despite the dip in Canadian visitation, the overall numbers stayed high because of increases from the mid-Atlantic states, which remain Maine’s core market.

Tourism by the numbers

Two years ago, the tourism office rolled out its five-year strategic plan which aimed at luring groups who are likely to come to Maine and, once here, likely to spend money. The groups were not based on age or geographic location, but rather on the values they shared.

The three most valued groups identified were described as “balanced achievers,” “genuine originals” and “social sophisticates.” About three-quarters of people in those groups who visited Maine paid for overnight accommodations in the last year, Ouellette said, with the average stay ranging from 3.2 night to 3.8 nights.

State advertising dollars have been spent on national cable networks, Ouellette said, as well as in Montreal, Quebec and Toronto, and radio advertising has been booked on NPR and Red Sox baseball games.

First-time visitors are being sought through advertising in suburban New York, Philadelphia, Baltimore, Washington D.C. and Charlotte, N.C. Ads also are aimed at luring visitors in spring, fall and winter.

Through a variety of channels, marketing efforts also are made in Europe.

The tourism office also has added a staffer who will focus on growing tourism in Maine’s more rural regions, Ouellette reported.

Building respect for and understanding of the tourism economy among public and elected officials has been an ongoing struggle. George Gervais, commissioner of the Department of Economic & Community Development, which includes the Maine Office of Tourism, told those attending the conference that tourism is “a critical economic driver” for the state, supporting 99,000 jobs, or 15 percent of employment in Maine. That number of jobs is greater than the combined populations of Portland and Augusta.

Another way to understand the industry, the tourism office asserted, is that if overnight visitation increased by 10 percent this year, another $430 million would be spent in Maine.

Much of the state’s tourism remains seasonal, which can lead to critics dismissing its impact. But boosters note the days of ice cream stands and cheap motels are fading; some hotel rooms now rent for as much as $1,000 per night, and fine-dining restaurants for which some coastal towns are known can generate $200 bills for a couple enjoying dinner. 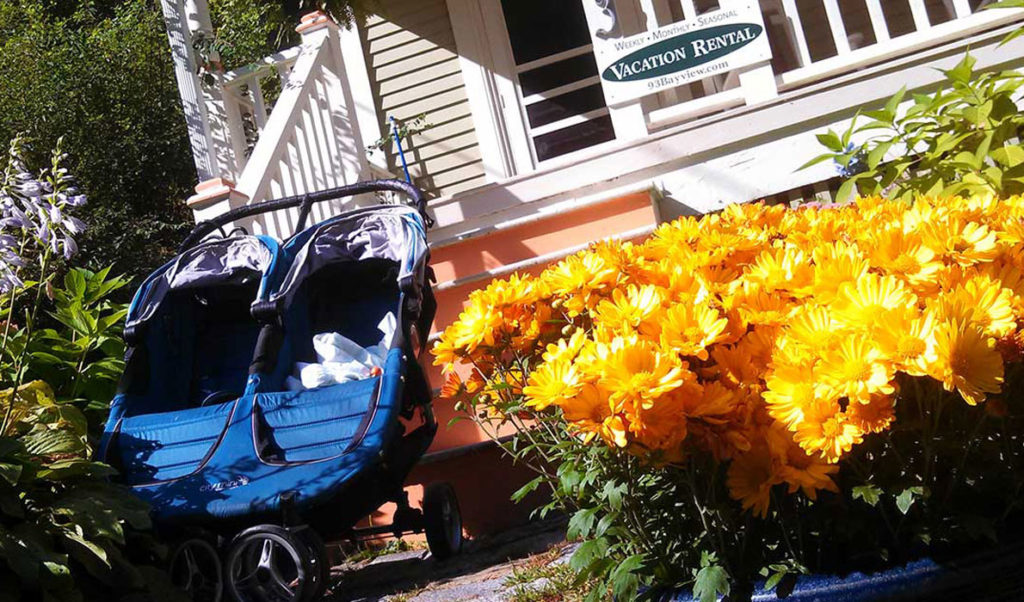 A vacation rental property in Camden.