One of Maine’s most amazing seabirds is the arctic tern (nicknamed “the champion globe-trotter” by those at U.S. Fish and Wildlife Service) because it has the longest annual migration of any known bird species. Every August, the birds leave their nesting grounds in Maine and fly northeast along the coast of Nova Scotia before traveling along the coasts of Europe and Africa, with some birds also migrating south along the coast of South America.

All the birds winter in the Antarctic. Their return trip takes them north to the Equator before they turn to the Caribbean and southeastern United States.

It takes the birds about three months to reach their winter home, explained U.S. Fish and Wildlife biologist Linda Welch, because they often stop along the way to forage in productive fishing areas. But it takes just 30 days of traveling to get back to Maine.

“They travel about 760 kilometers [470 miles] per day,” Welch said. “They’re crunched for time because the female has to get back to the breeding grounds so she can lay eggs and raise chicks during the summer months. The adults and their chicks need to begin their southward migration in early August.”

Small tracking devices are used to document where the birds have traveled, she said. Arctic terns travel an average of 66,000 kilometers or 41,000 miles per year.

According to Welch, U.S. Fish and Wildlife Service is very concerned about Maine’s arctic tern population which has decreased about 50 percent during the past ten years. The birds are not producing as many chicks along the Gulf of Maine as they have in the past and not as many birds are returning to the breeding colonies each year. The reason or reasons for the decline are not clear, but there also has been a significant decrease in other breeding areas.

“Ocean productivity and the availability of food, climate change, changing ocean temperatures and competition with commercial fisheries are all factors that may have contributed to the decline,” Welch said. “They can’t raise chicks if there’s no food.”

Ecosystem management is necessary to ensure survival for the arctic tern and other seabird species, she said. In some years, there’s not enough herring and hake available for seabirds. In light of those shortages, it’s possible that the National Marine Fisheries Service might consider changing herring quotas.

“Seabirds and commercial fishermen need fisheries to be sustainable if there is going to be enough herring to go around,” said Welch.

For the past 30 years, U.S. Fish and Wildlife Service and its conservation partners has been managing ten Maine islands trying to restore the populations of common, arctic, and roseate terns, Atlantic puffins and razorbills. There’s been a 30 percent decline in the common eider duck population which might be related to the decreasing number of blue mussels, Welch said, a primary source of food for that species. There’s also been about a 17 percent decrease in the U.S. population of roseate terns, which may be because of the same factors contributing to the decline in arctic terns. 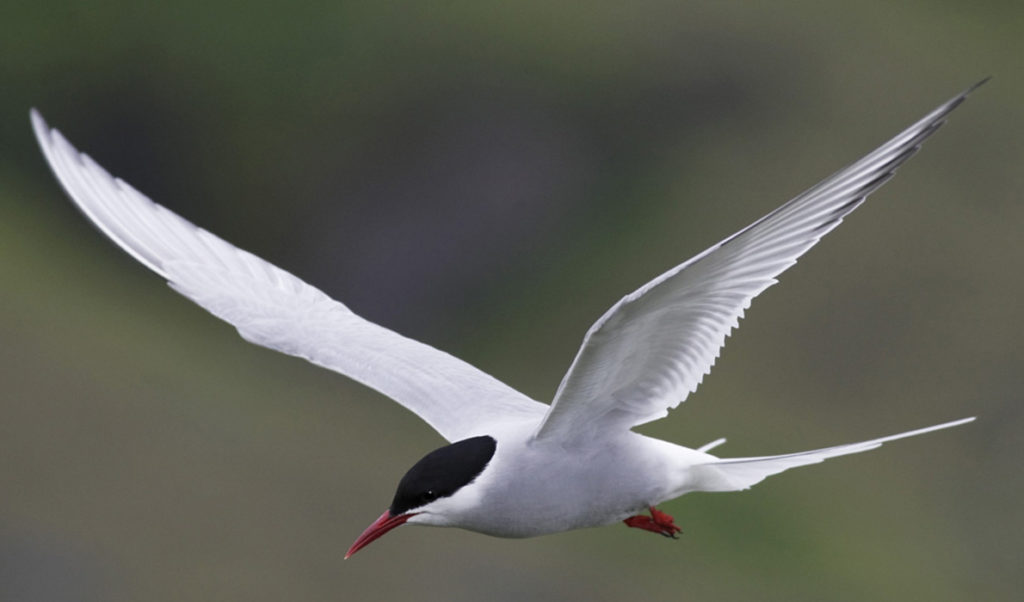