You’ve heard it said many times: “Maine is a white state,” or maybe even, “Maine is the whitest state.” Actually, Maine is not a white state. Some 74,000 Mainers are people of color.

When Mainers assert that our population includes a majority of white people, whether through statistical analysis or casual conversation we inadvertently—but inexcusably—risk erasing the voices and struggles of people of color. This further marginalizes Maine’s Native communities and the African immigrant communities that have emerged in Portland and Lewiston. And, as we look to the future, it can signal to people of color that they are not welcome here.

So how can Mainers become more welcoming and accepting? It starts with each of us learning to see racism for what it is, and seeing how it permeates our viewpoints and behaviors—even those of us who believe we are not racist.

In 2019, the Island Institute began the work of integrating these values into our community development organization. It has meant a new way of doing our work and will include speaking out and taking action when we see racial injustice.

We began by establishing a diversity, equity, inclusion, and justice (DEIJ) taskforce within the organization and hiring professional external support to advise our work. Our DEIJ taskforce is working to bring understanding, skills, and behavioral changes to the Island Institute.

We still have a lot of work to do, but we have made the commitment and we are heading down this road because this work is important to the staff and board of the organization, and because it is highly relevant to communities along Maine’s coast.

Many communities along the Maine coast are struggling with population decline. What are the causes of that decline? Certainly, the high costs of housing and energy make the coast a tough place to live and do business, among many other technical factors.

In the past, the Island Institute would work to ease these burdens, and this would be counted as success. But what if one of the underlying issues in a community is that they are generally unwelcoming? In the past, the Island Institute would have stayed silent on this issue—we would have considered it too difficult to address. But we have learned that if a community is unwelcoming it may not matter how much effort goes into solving other problems; the long-term outcome will still be population decline.

Can the Island Institute help leaders along the coast who would like their communities to be more welcoming? This remains to be seen, but it is a question we are grappling with.

And how can we become more welcoming? What would it take for Maine’s island and coastal communities to have the hard conversations, undertake the personal reflection, develop the skills, and adopt the behaviors to become places where difference is celebrated, and people of color are welcomed? We are beginning by doing this work and answering questions within the Island Institute. My hope is that by doing this work we can contribute to a future where the Maine coast celebrates diversity, and in so doing, we would all inherit a brighter, safer, and more prosperous state.

The Island Institute expresses our deep sorrow for the people of color in Maine and around the country who are being persecuted and killed every day. We believe that black lives matter and we are committed to doing our part to further the conversation along the Maine coast. 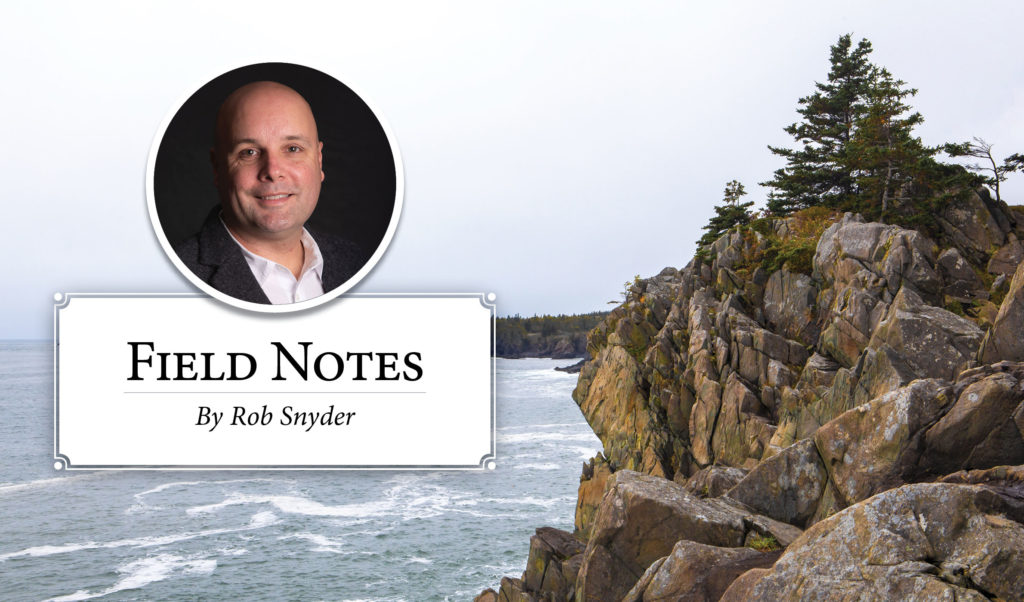