The Maine Islands Coalition, or MIC, was formed in 2003 when residents of some year-round Maine Coast islands felt insecure as individual communities dealing with a series of external threats. In Casco Bay at the time, proposals to build liquid natural gas terminals loomed as a major and frightening concern.

In the middle of the chaotic activity and desperate fund-raising to counteract the LNG proposals, Eldon Mayer of Chebeague Island and I, from neighboring Cliff Island, put our heads together to jointly ask the Island Institute for assistance. The hastily prepared request was for the Institute to put out a call to all 15 year-round islands to come to Rockland to talk about responding together to not only LNG but also to other challenging issues.

When Philip Conkling and Peter Ralston founded the Island Institute in 1983, the general goal was for Maine islands to move from being separate “islands unto themselves”’ and to grow into more of an archipelago. Well, 20 years later, the Institute helped islands develop as communities, but the need for simple, inter-island communication initially envisioned in 1983 remained.

The Institute responded by convening a meeting for islanders to share and discuss concerns. A staff member, Nate Michaud, invited representatives, elected or appointed within their communities, to meet on a regular basis.

The resulting Maine Islands Coalition became a formal structure with a regular schedule of quarterly meetings. Each meeting has a keynote topic for which knowledgeable panelists are invited from within and without island communities.

The topics may apply to one island community or to several. Solutions and suggestions often come from islands that have successfully addressed a particular matter.

As needed or appropriate, some of these topics are repeated. For instance, tourism came up last year as a contrast between Peaks Island, which reported being under siege in so many ways, and Isle au Haut, which could have used more tourists to support its store and gift shop. For other metrics, we ask for counts of students in island schools and number of islanders actually in residence on roughly Feb. 1.

In addition, Institute staff and legislators representing islands provide updates, and island representatives share news. There has been a consistent level of enthusiasm and energy, with the “island check-ins” regularly cited as favorites.

One of the four meetings is held at the State House in Augusta so legislators can more easily attend and report on legislative activity which could affect islands.

An annual report is published, recounting the keynote topics and the results of those discussions. These reports are distributed within each island community by the MIC representatives who are also charged with soliciting suggestions of concerns needing to be addressed.

Forty years ago, there was little knowledge of local issues being shared between islands that were anywhere from one mile to 100 miles apart. Each community felt as if it alone had problems unique to itself and had to reinvent the wheel on its own.

With help from some Island Institute staff and resources, the Maine Islands Coalition has met this knowledge shortfall by creating a network of connectivity through face-to-face regular meetings. The results have been invaluable for the sustainability of these 15 islands, both individually and as a whole.

Roger Berle is a seasonal resident of Cliff Island and co-chairman of the Maine Islands Coalition. 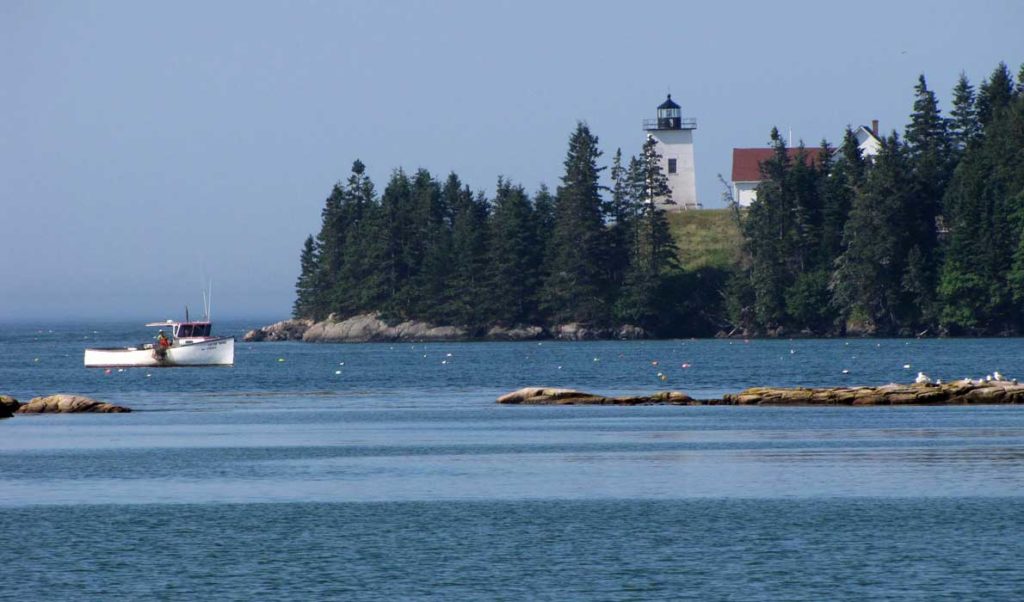