Most Mainers know the story of Flagstaff, the town in western Maine that was evacuated and then flooded in 1950 to create a back-up water impoundment for the Wyman Lake hydropower dam.

It was a sacrifice made in the interest of the greater good, but the back-up water was never really needed. It’s sad—and a little creepy—to think of the remains of those houses below the water, the barbed wire fences, the stone walls. What happened the lives that were upended? Were they worse than they would have been if they could have stayed?

Would Maine ask for, and would a town accept such a deal today?

The 1950s was the decade in which the federal government took great strides in building the interstate highway system, which also required the seizure of private land.

Eminent domain and large infrastructure projects remain part of our world—see, for example, the transmission line proposed by Central Maine Power to bring electricity made in Quebec to Massachusetts so that state can meet its renewable energy goals.

This give and take—and sometimes, more take than give—between public policy and private interest may play out in our state in the coming decades as we face serious demographic challenges.

The Working Waterfront covers the state’s eight coastal counties, and it is that part of Maine that has seen decent—though not always great—population growth in recent years. We like to celebrate in our coverage of the coast and islands all that is good and interesting here, and there’s a lot of it. Our attractive and lively downtowns are well-suited to luring younger folks to put down roots.

But that suggests a look at the other side of the coin. If our northern and western counties are not able to lure or retain young folks—or any folks—should our tax dollars be diverted away from efforts there?

It’s a difficult conversation, and, of course, fraught with political landmines. But we certainly evaluate, based on documented results, where and how we spend economic development funds elsewhere. It may be time identify the towns that offer the best chance at attracting young transplants and spend money promoting them, perhaps through slickly produced videos disseminated on social media.

The back-to-land cohort came to Maine in large numbers in the 1970s—without a social media campaign—and arguably gave the state a much-needed shot in the arm. Today, states compete as they try to lure young people.

If we do choose to polish and market certain towns over others, we must be wary of autocratic, even fascistic impulses that result in a Flagstaff-like policy, which might conclude, “Your town hasn’t seen any growth, so we’re pulling the plug on it.”

As I write, the news is dominated by the president’s assertion that “Our country is full. You can’t come in.” That’s not the case for Maine, and most experts in this subject believe we will need international immigration here as part of the mix.

In the late 19th century, several hundred Italian stonecutters migrated to the tiny Waldo County town of Frankfort to work in the booming granite industry. When concrete supplanted granite, they left, and the town became what it is today, a mostly bedroom community of 1,100 residents. Somehow, I can’t imagine task forces mobilizing to land state grants to reverse this development.

We need to base economic development strategies on what has a good chance of working, and our coast is a prime candidate. 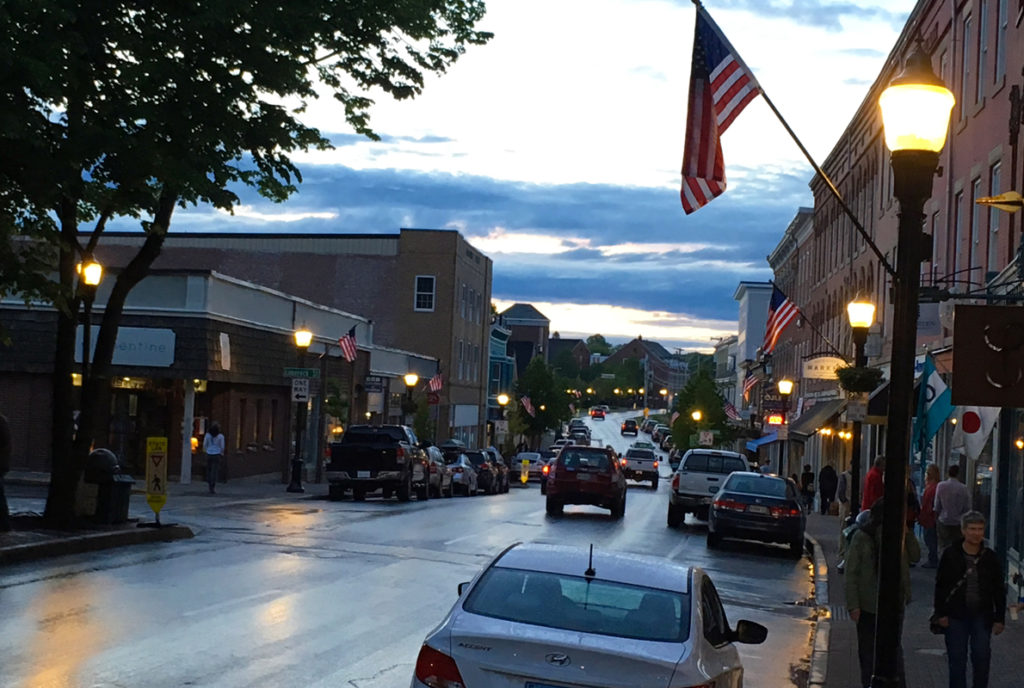