With summer fast approaching, Mainers and visitors are already flocking to the state’s beaches. But how clean is the water, and is it safe for swimming?

According to a 2014 report by the Natural Resources Defense Council (NRDC), Maine ranked 27th on a list of 30 coastal states for water quality at beaches. The results were based on monitoring during the previous summer for bacterial levels, pH levels and other factors.

Florida beaches recently generated headlines when the bacteria vibrio vulnificus was found in the waters there and was blamed for 25 cases of infection and five deaths.

In Maine, no state agency is mandated to sample or test beach water to make sure it’s safe for swimming. Towns and state parks aren’t required to monitor or post their beaches. The state’s only beach water-quality monitoring program is Maine Healthy Beaches, a voluntary program in which towns and state parks may choose to participate. Local staff and trained volunteers collect water samples which are sent to a professional lab for analysis. The program is funded by the U.S. Environmental Protection Agency, managed by the Department of Environmental Protection and coordinated by the University of Maine Cooperative Extension.

Keri Kaczor, coordinator for Maine Healthy Beaches, sounded the alarm recently, noting that the current presidential budget has zeroed out funding for beach monitoring programs nationwide. Without the EPA funds, she said, Maine’s program will no longer exist.

Kaczor disagreed with Maine’s ranking in the NRDC report, arguing that because the state’s beach data is collected during a very short summer season, it tends to skew towards problems, compared with states like California and Florida where beaches are monitored all year long.

“The fact that we have such a short season amplifies the number of water quality exceedances in Maine,” she said. Beaches here also are affected by “the tremendous amount of freshwater entering the Gulf of Maine, and these areas transport pollutants from upland areas,” Kaczor said.

Some elevated readings in 2013 probably were related to heavy rainfall in Maine that year, she added. Heavy rainfall contributes to elevated bacteria levels because it washes the land and picks up potentially harmful bacteria from lawns, parking lots and other areas. Bacteria sources include malfunctioning septic systems as well as pet and wildlife waste.

“Most often, high bacteria levels on the beach are due to multiple sources compounding together,” Kaczor said. “Contaminated storm water reaches the shoreline primarily through freshwater inputs such as rivers, streams, and storm drains.”

“During severe flooding conditions, some wastewater treatment systems do not have the capacity to handle the additional water,” she said. “We advise everyone to avoid swimming during and for at least a day or two after heavy rainfall.”

The current national single-sample maximum standard for designated beaches is 104 enterococcus bacteria colony forming units, or cfu, per 100 milliliters of water, Kaczor said. Enterococcus is a bacteria found in the intestines of humans and animals.

But the EPA recommended the level be decreased to 60 or 70 cfu per 100 milliliters. States have until 2017 to decide whether to adopt EPA’s recommendations.

The NRDC chose 60 as the maximum level for national water quality for its 2014 report and will likely continue this method of reporting.

“You can find that level [60] at even the cleanest, most pristine beach due to other factors,” Kaczor said.

Beaches are usually monitored only once per week during the summer months. Kaczor reinforced the need for citizens to maintain their septic systems, pick up pet waste, not feed the birds, use swim diapers and avoid swimming after rainfall.

“We’re all in this together and everyone has a role in keeping our beaches healthy,” she said. 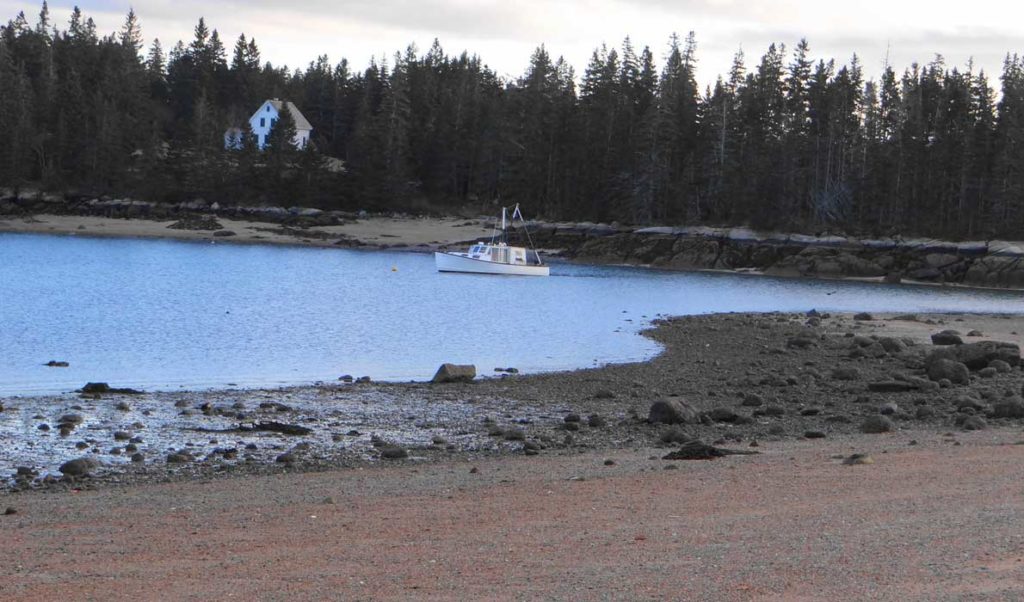 A beach at Naskeag Harbor in Brooklin.